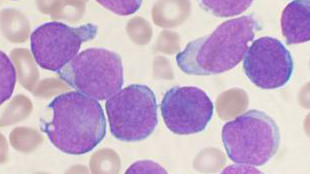 WIKIMEDIA, VASHIDONSKThe scientific community witnessed an unexpected medical breakthrough last year, when a child with acute lymphoblastic leukemia (ALL) was treated with the help of HIV. Emily Whitehead, who was 7 at the time, underwent an experimental treatment in which millions of T cells were extracted from her body and re-engineered to target cancer cells. Researchers delivered new genes to the T cells through a disabled HIV strain that specifically targeted CD19 proteins on the surface of most B cells, immune cells that turn malignant in leukemia. Since the treatment, Emily has been in full remission and has gone back to school. She is now living a healthy and happy life.

After more than a decade’s worth of immunotherapy research and experimentation, approaches such as re-engineering T cells hold promise for conquering cancer. Still, it is too soon to jump to conclusions. Of the 11 other patients—10 adults and...

Soon after her treatment, Emily nearly died due to severe fever. Fortunately, the doctors found out that cytokine-release syndrome—or cytokine storm, when natural chemicals pour out of immune cells as they are activated—caused the fever and other symptoms, and were able to treat it quickly. Within hours, Emily’s temperature dropped and her blood pressure returned to normal.

“Three weeks after receiving the treatment, she was in remission,” The Children’s Hospital of Philadelphia’s Stephan Grupp, who led the team that performed Emily’s experimental treatment, said in a statement. “The cancer-fighting T cells are still there in her body.”

Emily’s dramatic response inspired hope the world over. Though the treatment, now known as CTL019, was initially only considered for patients who had run out of options, Grupp said that oncologists are now recognizing patients who might qualify for it early on in the disease process. Rather than using it as a last resort, he suggested that clinicians extract cells while the patients are healthier. “It’s an insurance policy for the future,” he said. Grupp is also looking into the possibility of using the CTL019 treatment to replace bone marrow transplantation, a risky and expensive procedure.

According to The New York Times, Novartis has shown interest in this recent development. The drug giant’s attention surprised many, as the treatment is a far cry from a traditional commercial process. Because a new batch of T-cells must be produced for every patient, such treatments cannot be mass-produced. Currently, the CTL019 treatment costs around $20,000 per patient. While relatively cheaper than bone marrow transplantation, the price tag doesn’t yet include profit margin and other research-related costs. Though it would probably cost less if it were scaled up, there’s still a possibility of the procedure costing more down the line, considering its potential.

Still, there is no doubt that this approach has the potential to revolutionize current and future treatments of leukemia and related blood cancers. It could even mean that re-engineered T cells improve a patient’s immune system over the long term by continuously battling out cancer cells, improving recovery rates.

More patients are needed to test the safety, efficacy, and long-term success of experimental immunotherapies. Today, Grupp continues to collaborate with the team that originally designed and used the CTL019 cells, and his group is currently accepting qualified patients into its program.

JJ More is a Detroit-based medical writer. He studied biology at Western Michigan University, and has been covering advances in clinical research, among other topics, since 2011.