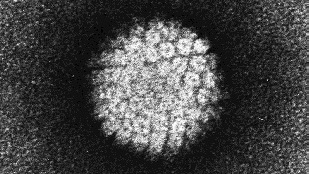 More than four decades and billions of dollars since President Richard Nixon declared war on cancer, the disease is still the second most common cause of death in the U.S. According to American Cancer Society, nearly 600,000 Americans are expected to die of cancer in 2015, while more than 1.6 million new cancer cases are estimated to be diagnosed. Although we have learned much about the disease and improved outcomes for many patients, we are still relying on surgery, chemotherapy, and radiation to treat cancer, just as we did four decades ago. But, as widespread sequencing of tumors has revealed, no two cancers are identical, limiting the effectiveness of such homogenous treatment strategies.

One force partially equipped to address this magnitude of cancer diversity is the immune system, which constantly patrols the body for deadly foreign invaders such as pathogens and abnormal cells. Immunotherapy...

To date, several vaccine candidates have yielded consistent and reproducible therapeutic responses in many preclinical studies. However, the translation of such preclinical success to the clinic has proven difficult. In fact, sipuleucel-T, a vaccine that targets advanced prostate cancer, is the only therapeutic cancer vaccine so far approved by the US Food and Drug Administration (FDA). The limited success of these vaccines in the clinic is mainly due to the lack of tumor-associated antigens (TAAs; proteins expressed on or in many or most types of cancers), which are seen by the immune system as foreign. But the high failure rate does not invalidate the potential of this approach. Rather, researchers must now focus on optimizing cancer vaccines, by selecting relevant antigens and effective adjuvant systems to induce efficacious immune responses and overcome immune evasion mechanisms.

One effort to improve cancer vaccines focuses on the use of immune adjuvants, which can enhance the ability of vaccine to stimulate a response that leads to long-term protection. Several class of adjuvants have been tested as part of cancer vaccine formulations, including alum-salts, bacterial products such as lipopolysaccharides, liposomes, and cytokines. Unfortunately, the majority of such adjuvants had only modest efficacy, coupled with toxicity concerns that raise significant regulatory hurdles. In fact, alum-salt-based adjuvants were the only ones used clinically in the U.S. until 2010, when monophosphoryl lipid A (MPL), in combination with aluminum hydroxide, was approved by the FDA as adjuvant component of Cervarix, a preventive vaccine against human papillomavirus (HPV).These concerns have posed a major challenge for researchers in the selection of appropriate adjuvants.

However, recent advances in understanding how cancer cells escape immune attack and how key co-stimulatory molecules are involved in regulating immune responses have enabled the design of adjuvants with known molecular actions and desired activities—namely, to boost the quantity and quality of innate and adaptive immunity and subdue regulatory immunity. Because the cellular and molecular heterogeneity of cancer is difficult to overcome with single target, combining multiple adjuvants directed at multiple targets will be the goal of next-generation vaccines.

One specific goal of new adjuvant systems is to preferentially activate T cell immunity while reversing tumor-induced T cell inhibition. Several of these adjuvants—including anti-CD137, anti-CD134, anti-CTLA-4, and anti-PD-1—have, alone or in combination, already demonstrated significant promise in preclinical or clinical studies. Along the same lines, we have recently demonstrated that a combination of two different classes of adjuvants with distinct mechanisms of action—SA-4-1BBL as a co-stimulatory molecule and MPL as a nontoxic, FDA-approved Toll-like receptor 4 agonist—had robust efficacy in two preclinical tumor models. SA-4-1BBL has pleiotropic and robust positive effects on effector cells of innate and adaptive immunity, while negatively impacting regulatory immune responses without detectable toxicity.

Although the war on cancer has not shown much promise in last several decades, recent FDA approval of two breakthrough immunotherapeutic agents, anti-CTLA-4 (ipilimumab) and anti-PD-1 (pembrolizumab) against metastatic melanoma, have staged cancer immunotherapy at the forefront of treatments for cancer. These clinical developments, along with a more comprehensive understanding of the immune system, provide great opportunities to further accelerate the development of more effective and less-toxic strategies. In the realm of cancer vaccines, in addition to incorporating novel TAAs that are immunogenic and tumor specific, adjuvant systems that generate effector immune responses will be required to provide the boost to the immune system  to defeat this deadly disease.

Abhishek Srivastava is a postdoctoral fellow at the surgery branch of the National Cancer Institute, where he works on developing new immunotherapy strategies against advanced cancers. Haval Shirwan, an expert in cancer vaccine research, is a professor and Dr. Michael and Joan Hamilton Endowed Chair at the University of Louisville.