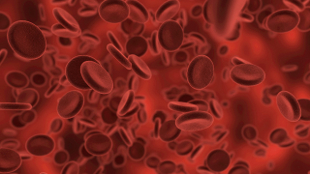 The Normal Hematocrit Trial, conducted in the mid-1990s, was the largest study ever to compare the use of epoetin, a drug that stimulates blood production, to treat dialysis patients, who suffer from anemia, or a below-normal red blood cell count, called hematocrit. In healthy individuals, 39 to 45 percent of their blood is comprised of red blood cells. Severe anemia, a hematocrit below 25 percent, can stress heart function, cause marked fatigue, and require blood transfusions.

Most dialysis patients need some epoetin or a similar drug to avoid severe anemia, and the higher the desired hematocrit, the higher the dose required. The study aimed to compare the effects of standard epoetin doses, which maintain patients’ hematocrit around 30 percent, and much higher doses, to raise hematocrit to normal (42 percent). The trial was stopped early in May 1996, just 29 months after it began, because of a trend...

In March 2012, 14 years later, I published my own analysis of the trial based on Amgen’s clinical trial report, which I obtained through a Freedom of Information Act request. The results were dramatically different.

In 1998, although the risk of death and heart attack was significantly greater among patients receiving the higher doses of epoetin, the NEJM editors reportedly accepted Amgen’s position that the statistics should be adjusted because the company and the trials’ leaders terminated the trial early based on the recommendation of the data safety monitoring board. Therefore the trial results were reported as showing only a trend toward—and not solid evidence for—increased harm. The 1998 paper did not report the unadjusted statistics, or state that the statistical rules employed required the p value to reach 0.00088 to be considered significant, a much high bar than the traditional 0.05. This was also not appreciated by most experts.

According to the 1998 NEJM publication, the only definitive risk from higher epoetin doses was an increased risk of clotting the fistula from which blood is taken to perform hemodialysis, a common and less severe problem. And the higher dose group benefited by receiving fewer transfusions and enjoying higher measures of the “physical function” component of quality of life.

Thus, while the 1998 NEJM publication discouraged high epoetin doses to target hematocrit to 42 percent because of a trend toward increased risks, it also identified clear benefits of exceeding a hematocrit target of 30 percent—fewer transfusions and better quality of life. Epoetin use had already started to increase following the release of National Kidney Foundation’s 1997 KDOQI anemia guidelines, which incidentally, were funded by Amgen. After the NEJM paper was published, epoetin use in dialysis patients exploded, becoming a $2.5 billion a year market in the US alone.

By 2006, new KDOQI guidelines, again supported by Amgen, recommended all dialysis and kidney disease patients should receive doses of epoetin to maintain a hematocrit of 33 to 39 percent based on quality of life improvements—citing as evidence the Normal Hematocrit Trial and some smaller trials.

The results of my own analysis, on the other hand, published this March in Kidney International, showed that the quality of life scores had not improved in the higher dosing arm. The results I found in the Amgen report, filed with the FDA in 1996, showed that bigger epoetin doses to target higher hematocrit did not improve the physical function quality of life component at all, and had significantly increased the risk of death, heart attack, other thrombotic events, and hospitalizations.

The only benefit from higher epoetin doses was reduced transfusions, though the benefit was minor: one needed to treat 10 patients for 14 months at an additional epoetin cost of about $200,000 to avoid one person being transfused. Increased hospitalizations would further increase the total cost of higher epoetin doses.

The strikingly different results were because the 1998 NEJM publication had replaced the predefined outcomes and analyses with statistical adjustments and post hoc assessments, including replacing the total lack of effect of higher doses on physical function scores with the observation that patients with higher physical function scores had higher hematocrit, presumably because healthier patients respond better to epoetin. The wording was sufficiently unclear that even the KDOQI anemia guidelines misread the quality of life results as indicating that higher doses of epoetin to target higher hematocrit had caused an improvement in quality of life, when in fact, the trial results showed no improvement.

The academic authors of the 1998 publication state there was no intent to mislead, claiming the NEJM editors removed from drafts all the adverse results that I reported in 2012. They also state the 1998 publication clearly discouraged targeting hematocrit to 42 percent. What the 1998 publication did not do, however, was make clear, as my report does, that higher epoetin doses carry great risks, while the only benefit was a meager reduction in transfusion risk at great monetary cost.

Of course, even if there was no intentional deception, the effect was to force experts to say targeting hematocrit to about 42 percent using higher epoetin doses improved quality of life and reduced transfusions, and prevented them from saying such management significantly increased deaths, cardiac events, thrombotic events, and hospitalizations. Amgen controlled the debate, and by 2012 had made $37 billion from epoetin sales in the United States alone.

And if the intent was not to mislead, why not just publish subsequent articles clarifying the results, especially the quality of life results? The anemia workgroups that developed the KDOQI guidelines included one of the 1998 NEJM authors. Why not notify the KDOQI organization and other workgroup members that they were misreading the 1998 NEJM results? I cannot imagine what Amgen would have done if they had intended to mislead.

I waited 1,260 days to receive the trial report from the FDA. Two weeks before receiving the report, on June 24, 2011, the FDA released a safety warning and new label advice for use of epoetin in chronic kidney disease. It withdrew the previous recommended dose and hematocrit target of 30-36 percent. The new label states that there is no known safe dose of epoetin, no proven safe hematocrit target, and when using epoetin in dialysis patients, decrease or stop the epoetin when hematocrit exceeds 33 percent. The label now reports the Normal Hematocrit Trial’s hazard ratio and confidence intervals for death and heart attack and all-cause death as significantly higher in the higher hematocrit arm, just as I reported them earlier this year.

Finally, as strange as it seems, I am now the sole author of the publication on the predefined primary and secondary results of the largest outcomes trial of epoetin in dialysis patients, and I didn’t even participate in the trial. Perhaps the FDA will make the epoetin label cite my paper.

Daniel Coyne is a Professor of Medicine at Washington University School of Medicine in St. Louis, Missouri.