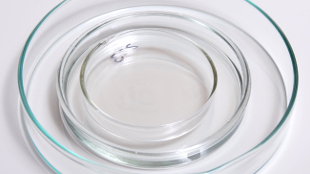 WIKIMEDIA, FOTOEDUKACJAThe complexity of the human brain, with thousands of different cell types and specialized communication networks, permits the development of sophisticated behavioral repertoires, such as language, self-awareness, cultural learning, and social interactions. However, the sophistication of the human brain can come at a cost—neurodevelopmental disorders, such as autism spectrum disorders (ASDs), can dramatically impair one’s ability to function in society.

People suffering from ASD can be vulnerable and dependent. Most intriguing is their capacity to experience their surroundings. People with autism may get upset when soap bubbles blast, for example, or when certain clothes touch their skin. A Christmas tree may appear to a person with ASD more impressive than a collision of stars. People with ASD have an intrinsic curiosity and learning is a constant addition to a forgetful memory. A few are savants, with extraordinary gifts that challenge researchers’ logical comprehension.

Intuitively, the most direct method of studying the developing human brain is to probe the living organ directly. Unfortunately, this is not practical or satisfactory—at least not with the resolution of current technologies. And for obvious ethical reasons, this approach is not appropriate for experimental manipulation.

Scientists also examine postmortem tissues. This strategy has produced exciting findings about unusual developmental trajectories in the brains of autistic children. But it also presents its own set of challenges, including that the study materials are an extraordinarily scarce resource.

ASD researchers rely on animal models, as well—most often, genetically engineered mice that mimic certain features of ASD. But as much as rodents and humans share some basic commonalities, there are also inherent differences in their genetic backgrounds, immune systems, brain circuits, and behavior. The unreliability of the mouse model has slowed translational progress in ASD, as the vast majority of drugs tested in mice have not worked in humans.

The recent advent of human stem cell models, such as induced pluripotent stem cells (iPSCs), has offered promising tools to shed light on key cellular and molecular milestones associated with ASDs, revealing new therapeutic opportunities to treat the disorders. These iPSCs can be coaxed into neurons and further developed into in vitro models. Lab-developed mini “brains” can be studied in search of revelations about specific biochemical or cellular features that likely occur within developing brains of people with ASD. These models can be exposed to possible damaging environmental factors and potential treatments.

However, there are serious limitations to overcome. Neurons in a dish do not reproduce the intricate neuronal networks of the human brain. The paucity of data on normal human neurodevelopment is a major factor to recreate more realistic ASD brain models in the lab. Advances in tissue engineering may eventually enable researchers to build human neural microcircuits that replicate some of the dynamic interactions that take place. These living microcircuits would be a sort of in vitro-in vivo model—a “brain-on-a-chip” that would allow neuroscientists to observe and manipulate whole systems, with predicative power.

Despite these limitations, remarkable progress has been made in the last few years, offering an unprecedented perspective of early brain development and how things can go wrong.

For example, my lab has used iPSCs derived from individuals with ASD to examine how specific gene alterations lead to neuronal dysfunction. Importantly, we have been able to rescue ASD-derived neurons with candidate chemicals, reversing neuronal defects back to normal, pointing to drug discovery applications. And with the help of social media, we are now leading a study called the “Tooth Fairy Project,” in which we are extracting cells from baby teeth donated by the families of children with ASD and reprogramming them into fully functioning brain cells. These brain cells display the specific abnormalities relevant to the child who donated the tooth, potentially leading to targeted treatments, tailored to the specific autistic pathology of each patient.

These are still the early stages of exploration of these techniques, and much work remains to be done. But all of these models—combined with prioritized research funding to speed advances in systems biology, computational simulations, human brain imaging, and population genetics—suggest the future of autism research is bright.

Alysson R. Muotri is an associate professor in the departments of Pediatrics and Cellular & Molecular Medicine at the University of California, San Diego School of Medicine and Rady Children’s Hospital San Diego.