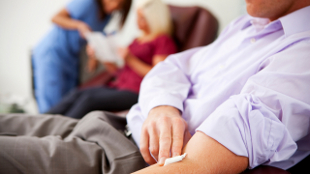 Genomics research increasingly depends on access to large pools of individuals’ genetic and health data, but there is mounting dissatisfaction with governance approaches that erect barriers between donors and the biomedical research in which they are participating. Typically, participants have little or no opportunity to track how their data are being used, what discoveries result, and what the new knowledge might mean for them, even when findings are of life and death significance for the participant.

Some frustrated communities have built their own scientific enterprises outside of traditional research settings.  Disease advocacy organizations have established biobanks, for example, and firms like 23andMe and PatientsLikeMe have used crowdsourcing methods to build up repositories of genomic and health data, each attracting over 100,000 participants in just a few years. Often labeled “citizen science,” these projects offer a two-way connection between participants and research—participants contribute their data, while seeing how it...

Such citizen science efforts have also begun to achieve something that is crucial to the future of personalized, or “precision,” medicine.  A cornerstone of such medicine, according to a 2011 National Research Council (NRC) report, is a dense “knowledge network” (i.e., biobank), built by “mining” genomic, phenotypic, health, behavioral, and environmental data from many people. Indeed, former National Cancer Institute director John Neiderhuber has predicted a near future in which “every citizen” will contribute biosamples to biobanks and funnel health data into a centralized databank via biosensors linked to smartphones.

Yet, few will submit to being “mined” in this way.  The NRC report notes that to realize such a vision, there must be a “gradual elimination of institutional, cultural, and regulatory barriers to widespread sharing of the molecular profiles and health histories of individuals.” But this emphasis on overcoming barriers neglects that such a knowledge network is necessarily also a social network, a network that connects people, whether they are the people who experience disease or the people who study it.  The robustness of the knowledge network will depend on social connections—on the relationships, rules, and forms of trust that hold it together.  Far from “barriers” to be removed, these are connections that must be built.

This has been well demonstrated by some citizen science projects, which stand or fall on the strength of the social networks that underlie them.  Though far from perfect, these projects begin to sketch the outlines of an altered social contract between science and society—one that is open, participatory, and dependent on the collective energy of the community.

A key barrier to forging similar relationships in mainstream research is the dominant approach to informed consent.  The consent process tends to treat participants as outsiders to the projects that depend on them.  Signing the form is often the first and last interaction between participants and the research enterprise. These practices engender exceptionally weak social connections between donors and research: the focus is on mining information, not forging relationships.

Some have proposed that the ethical rules governing biobanking should encourage broad consent—or eliminate the need for it altogether.  A better solution lies in the opposite direction.  Mainstream research should invite forms of participation that treat donors as citizens committed to achieving a public good, not as repositories of informatic gold, ripe for mining.  Thanks to continually evolving network technology, participants could easily remain connected to research, electing personalized privacy protections or providing additional study-specific data upon the researchers’ request via flexible web-portals.  Such a system would recognize the right and the competency of participants who have given material from their bodies to govern that material’s future uses.  It would give participants a means to do more than the minimum, and the authority to say no when research goals do not comport with their values or preferences.

By seeing how their contributions are used, participants would gain a window into knowledge-in-progress, opening the black box of research to reveal just how far there is to go, and that getting there depends on a collective effort.  It would also offer a more dynamic—and more honest—picture of science, balancing hope with realism.  It would clarify the essential roles (and responsibilities) of scientists, patients, and research participants in advancing science.  It would move beyond a model that treats the asymmetry in expertise between scientists and citizens as a justification for asymmetry in research governance.  And it would build public trust in science by entrusting the public with a central role in shaping the future of biomedical research.

Science and citizens should not occupy separate worlds: by strengthening the role of citizens in science, science too will be strengthened.

Krishanu Saha is a Society in Science postdoctoral fellow at the Program on Science, Technology and Society, Harvard Kennedy School, and stem cell biologist at the Whitehead Institute for Biomedical Research, Massachusetts Institute of Technology. J. Benjamin Hurlbut is an assistant professor at the School of Life Sciences, Arizona State University.

Read more about their thoughts on how to treat biobank donors in their recent commentary in Nature.