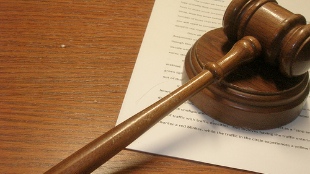 The debate over the patenting of technologies related to diagnostic and personalized medicine continues to swell with no resolution in sight. The Supreme Court heard oral arguments in Mayo Collaborative Services v. Prometheus Laboratories, Inc. last December, but has not yet issued a decision.  Just last month, the US Patent and Trademark Office held public hearings to gather information for the “study on genetic testing” that it will use to prepare a report for Congress on this issue. And, the Supreme Court is deciding whether to review the Federal Circuit decision in Association for Molecular Pathology v. Myriad Genetics, Inc. (the BRCAI/gene patenting case), although current speculation is that the Court may defer any action on this case until it issues its decision in Prometheus. While each of these proceedings raises different legal issues, they all relate to the ability to obtain or enforce patent rights...

Personalized medicine is the new frontier of healthcare. It offers the promise of treatments that are tailored to a patient’s individual situation, including the patient’s genetic makeup, the specific variation of the disease the patient suffers from, and the patient’s specific response to a given course of treatment. With personalized medicine, a patient can be given the most effective treatment, improving prognosis and saving considerable time and money on ineffective treatments. As noted on the US Food and Drug Administration’s Pharmacogentics webpage, “[p]harmacogenomics can play an important role in identifying responders and non-responders to medications, avoiding adverse events, and optimizing drug dose.”

The question being debated is whether these advances are most likely to flourish within the patent system or outside of it.  Do patents promote investment in personalized medicine or stifle innovation by suppressing competition? Do patients benefit from patented therapies, or do they suffer without treatments because they are too expensive? The Founding Fathers established the patent system in the US Constitution as an incentive to “promote the Progress of Science and useful Arts,” but should a different paradigm apply to medical inventions?

Companies working in this field cite the high cost of developing and validating personalized medicine therapies, and emphasize the need to obtain a return on their successful investments. Without the promise of some period of market exclusivity during which they can profit from their years of research, companies will not have any incentive to work in this field—or any resources to do so.

On the other side of the debate, some doctors’ organizations and patient groups believe that the patent system is bad for the healthcare system.  They say that it drives up costs and may prevent patients from obtaining a second opinion, because the patent owner can prevent others from administering patented tests. Many believe that research would continue—at universities and institutions like the National Institutes of Health—and that more people would benefit because the advances would be available on a more widespread basis.

At its heart, this debate may be more of a public policy question than a legal one. People deciding this issue must keep in mind that most university research is funded by government grants and that NIH is a federal agency.  We may want taxpayer money to support this kind of research, but it raises the same specter of big government and taxpayer burden as health care reform. Is a country that may not be ready to provide universal access to proven therapies willing to invest substantial amounts in research programs that may take years to yield any benefits?

Turning back to the law, the US Court of Appeals for the Federal Circuit has refused to draw a line that categorically prohibits patents on personalized medicine. In Prometheus, the court found that methods of optimizing the dose of a specific type of drug was patent-eligible subject matter, not an improper attempt to patent a natural phenomenon.  In Myriad, the court found that isolated DNA associated with an aggressive form of breast cancer could also be patented without violating the prohibition against patents on products of nature because DNA does not naturally occur in an “isolated” form. Although the Supreme Court could reach a different conclusion in either or both cases, its refusal to categorically prohibit business method patents suggests that it may also approach this issue in a similar fashion—cautiously and on a case-by-case basis. That would leave it to Congress to decide if a different approach is needed (such as compulsory licensing as discussed at the Patent Office hearing), or if the current incentives and rewards are striking an adequate balance between private investment and public benefit.

Courtenay C. Brinckerhoff is a partner at Foley & Lardner LLP, vice chair of the firm’s Chemical, Biotechnology & Pharmaceutical Practice, and editor of Foley’s PharmaPatentsBlog.com. The opinions expressed here do not represent those of Foley & Lardner LLP or its clients.