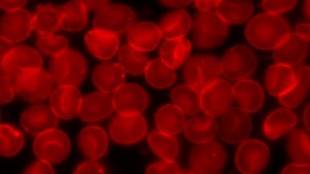 Last month, medical professor Daniel Coyne of Washington University School of Medicine in St. Louis discussed the outcomes of a clinical trial that aimed to compare different treatment regimens for epoetin alfa, a drug often used to stimulate blood production in dialysis patients who suffer from anemia, which is characterized by a below-normal red blood cell count. The Normal Hematocrit Trial (NHT) was conducted in the mid-1990s by researchers at Amgen, the biotechnology company that manufactures epoetin alfa under the name-brand EPOGEN, and collaborating nephrologists.

After completing his own analysis of the trial data, which he obtained this March through a Freedom of Information Act request, Coyne claimed to have generated results that were “dramatically different” from those of our original report, published in the New England Journal of Medicine in 1998. He claimed that our report was “incomplete” and that it “misled the medical community about...

Amgen’s actions, and those of the NHT authors, clearly demonstrate an appreciation for the significance of the findings from the trial. Amgen and the academic committee overseeing the trial stopped the NHT early upon learning that targeting higher hemoglobin levels was causing harm rather than benefit; we rapidly initiated a change to the US Food and Drug Administration-approved label, warning health care providers and patients of the risks; and the study authors published the results in the highest-profile medical journal in the country, the New England Journal of Medicine (NEJM), with a clear recommendation to avoid targeting the higher hemoglobin levels studied in the trial.

As is often the case as new information emerges over time, the understanding of the risks and benefits of the drug class now known as erythropoiesis-stimulating agents (ESAs), which includes epoetin alfa, has evolved. In response to new data, Amgen has updated the safety information for ESAs 15 times since the initial approval of EPOGEN and participated in five FDA and two Medicare drug advisory committee meetings where these issues were thoroughly reviewed in public forums led by independent experts.

Coyne also asserted that the workgroup in charge of drafting the National Kidney Foundation’s new anemia (KDOQI) guidelines misread the quality of life benefits reported in the NEJM and that it significantly impacted their recommendation. In reality, the 2006 KDOQI guidelines identified several trials other than NHT that informed their recommendations. The guidelines also clearly acknowledge that two completed trials—the NHT being one of them—demonstrated the risks of hemoglobin targets greater than 13 g/dL, quality of life benefits notwithstanding.

ESAs are widely understood to provide an important benefit to appropriate patients even when balancing those benefits against known risks. Most importantly, the drugs are used to avoid blood transfusions, which carry specific risks for patients on dialysis, namely reducing the success rate of kidney transplants, the optimal treatment option for people with kidney failure.

Sean E. Harper, M.D., is the Executive Vice President of Research and Development at Amgen.