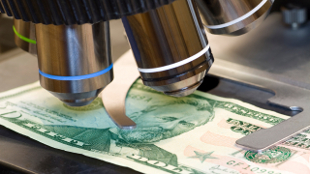 Today’s researchers are increasingly asked to view their work as an engine of economic growth. Commercialization has emerged as dominant theme in both the advocacy of science and in the grant writing process.  But is this push good for science? What damage might the market’s invisible hand do to the scientific process?

Of course, it would be naive to suppose that there was ever a time when the social forces that drive research have been totally pure. Government research funds have often been tethered to very specific policy goals.  And university researchers have long been nudged, prodded, and in rare circumstances, conscripted to perform specific tasks—including facilitating economic growth.  One of my favorite examples is the development of John Harrison’s marine chronometer watch, a huge technical advance that facilitated the exploration of our planet, among other things.  It was a direct product of a government funded prize implemented...

Such social forces and political agendas have resulted in significant scientific progress in a wide range of fields.  Indeed, dramatic historical events, war being the most obvious, can create a kind of “scientific punctuated equilibrium”—a time when social necessity (perceived or actual) and the commitment of significant public resources combine to allow both scientific knowledge and technology development to leap forward at a dramatic pace.  Think of the impact of WWII on the evolution of the radar, aircraft, rocketry, and the treatment of infection, to name a few.

Despite these historical examples of goal-oriented research, the current commercialization pressure still feels exceptional. It has a systemic quality. It is more than asking researchers to achieve a particular goal, such as making a watch or landing on the moon. It is an ethos that now seems to permeates every corner of the research enterprise, from the justifications used to raise funds for an area of research to the language used in grant writing and the reporting of results.

Some of our own research, which investigated the perceptions of Canadians involved in university technology transfer, uncovered an acknowledgement that commercialization pressure has hit an unprecedented intensity.  As noted by one of our tech transfer interviewees, “there is a substantial expectation now that [commercialization] will happen, which is different than 10 years ago.”

There are many recent examples of how commercialization plays out in top-down policy approaches to science.  The UK government recently justified a £220 million investment in stem cell research on the pledge that it will help stimulate an economic recovery. A 2009 policy document from Texas made the optimistic prediction that stem cell research could produce 230,000 regional jobs and $88 billion in state economic activity.  And President Obama’s 2011 State of the Union address went so far as to challenge American researchers to view this moment in time as “our generation's Sputnik moment”—the opportunity to use science and innovation to drive the economy, create new jobs, and compete with emerging economies, such as China and India.

The impact of this commercialization pressure is still unfolding, but there is a growing body of research that highlights the potential challenges, including the possibility that this pressure could reduce collaborative behavior, thus undermining scientific progress, and contribute to the premature application of technologies, as may already be happening in the spheres of stem cells and genetic research. For example, might the controversial new Texas stem cell research regulations, which allow the use of experimental adult stem cell therapies without federal approval, be, at least in part, a result of the government’s belief in the economic potential of the field?

Such pressure may also magnify the growing tendency of research institutions and the media to hype the potential near future benefits of research—another phenomenon that might already be occurring in a number of domains and could have the effect of creating a public expectation that is impossible to satisfy.

Furthermore, how will this trend conflict with the emerging emphasis on an open approach to science? A range of national and international policy entities, such as the Organisation for Economic Co-operation and Development, suggest “full and open access to scientific data should be adopted as the international norm.” Can policy makers have it both ways?  Can we ask researchers to strive to partner with industry and commercialize their work and share their data and results freely and as quickly as practical?

While working closely with industry and asking researchers to consider the future applications of their work has clear utility, it also creates both social and scientific challenges.  Given the pervasive nature of the commercialization push, we should, at a minimum, strive to gain a greater understanding of the tradeoffs at play.  To what degree does the growing push to commercialize research threaten the traditional scientific standards of objectivity and independence?  Can researchers both commercialize and satisfy the emerging norm of open science?   More good research on such issues seems critical, as is research on the other side of the ledger.  There is, in fact, little reason to suppose that pushing researchers to commercialize will lead to the desired outcome of jobs, profits, and economic growth—and plenty of concern about the potential pitfalls of this approach.

Given what is at stake, one would hope that the emerging commercialization-infused science policy would, at least, be informed by, well, science.

Timothy Caulfield is a Canada Research Chair in Health Law and Policy, a professor at the Faculty of Law and School of Public Health, University of Alberta, and the author of The Cure for Everything: Untangling Twisted Messages about Health, Fitness and Happiness.