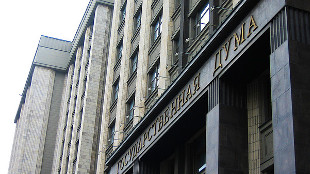 FLICKR, AAVERAGE JOERussian scientists are in turmoil. Since July, thousands have rallied against planned changes to the Russian Academy of Sciences (RAS), which were introduced to the country’s lower house of parliament—the State Duma—that month. And this week (September 18), a Duma majority voted the changes into law.
The law takes a hatchet to today’s RAS. Currently, Russia has not one but six scientific academies—the main institution, plus five smaller, discipline-specific groups. The law proposes to amalgamate the present RAS with two independent subject academies—of Medical Sciences and Agriculture—and to transfer the academies of Building and Architecture, Education, and Fine Arts to their corresponding federal ministries. While the current academy members will keep their titles and salaries, there will be a three-year moratorium on the election of new members. Most significantly, management of the academies’ property will be transferred to a new government body.
The RAS has...
In 1989, the Soviet Academy of Sciences had 323 academic members and  586 corresponding  members, as well as 295 scientific institutes, administrative and research buildings in major cities including Moscow, experimental stations all over the country, publishing houses, and even its own navy. After the end of Soviet Union, the organization became today’s RAS, which in 1998 counted 62,000 among its ranks. By 2013, the RAS was 95,000 strong.
But behind the facade of a flourishing institution, the RAS was slowly being gutted. Between 1990 and 2000, funding for RAS was cut 28 times. As a result, many young scientists have left to pursue their research and make money elsewhere. Academy buildings were rented to the highest bidders. Some academics have stayed in place; they’ve enjoyed good salaries, government-sponsored housing, and funding as federal budgets saw fit. RAS membership is for life—no one retires, so costs rarely fall.
During the July Duma debate of the new law, Deputy Chairman for Social Affairs Olga Golodec said that while the funding for Russian science will have increased from $36 billion in 2012 to $51 billion in 2015, the output—including scientific publications in world-class journals, which serve as a primary indicator of quality of research—has diminished. She also said that the “RAS is not a place for business; it’s a place for scientific research,” according to a published transcript of the proceedings.
Today, standing RAS members are vociferously rejecting changes to the academy. Some have even said they would refuse membership to the new organization. Many young scientists have also reacted negatively to the news. They are taking to online petition sites, organizing viral e-mail campaigns, and staging protests. On July 3, protestors held a “funeral” for the RAS near the Duma, complete with a procession, flowers, and a mock gravestone.
Despite the protests, some remain suspicious about the potential impacts of the newly passed law. “Property is one of the main questions,” said Artem Korzhimanov, a research fellow in the RAS’s Institute of Applied Physics. “There is no need to create a separate entity to change the property management. [The] Academy is already a part of the state and answers to the government.”
Korzhimanov added that by placing RAS property under government management, it will “almost certainly create bureaucratic problems for scientists—the amount of paperwork that you have to prepare for a grant from the Russian Federal Property Fund is 10 times more than for a similar grant from the Ministry of Education,” he said.
And then there is the question of overall reform. If completed as proposed, Korzhimanov said the academy could turn into somewhat of a “club of scientists”—expert sources for the government who no longer conduct research. “The forced equalization of the full members of the RAS and corresponding members,” as he put it, could be a recipe for disaster.
Russian scientists are left with several questions. Some feel that there is still a chance the academy will survive the impending changes, while others are certain that the RAS they once knew it is already dead.