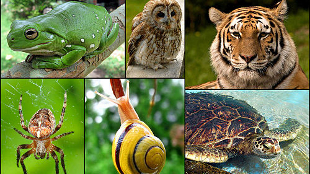 The world is in the midst of an extinction crisis: one-quarter of all wildlife species are threatened with extinction, from the iconic Siberian tiger to the inconspicuous cricket frog. We have barely begun to appreciate the role most of these species play in maintaining healthy ecosystems, and thus promoting the survival of life on earth, and we are at risk of losing them forever. To make matters worse, the extinction rate is accelerating because few conservation projects have been able to tackle the fundamental driving force—namely unsustainable economic activities associated with habitat loss and overexploitation.

Our global economy is currently maintained through a complex of trade treaties, subsidies, tax breaks, and regulations that aim to stimulate economic growth and employment.  This model assumes that growth will bring about greater prosperity and equality, eventually ensuring full employment and an interest in protecting the environment.  Unfortunately, our economic measures...

The result has been a direct conflict between the current status of biodiversity and economic growth. The Living Planet Index, created by the Worldwide Fund for Nature and the Zoological Society of London, aims to quantify trends in populations of more than 2,500 species.  Overall, this indicator showed a global decline of around 30 percent of these organisms between 1970 and 2007.  In that same time period, world GDP per capita rose by greater than 900 percent.

Increasingly, people are recognizing the flaws in using GDP as our sole measure of economic health.  When delegates from around the world convene this June in Rio de Janeiro, Brazil, for example, one of the main topics on the agenda will be the “green economy”—a system that could be more sustainable and environmentally-friendly.  The exact components and structure of a green economy, however, have been the subject of heated debate for decades, and rarely in that discussion does wildlife get a mention. To make matters worse, governments are not always inclined to dedicate the funds necessary to support such a transition.  For example,  in the United States, the proposed 2013 federal budget allocates $17.7 billion to NASA’s space exploration programs, while the Environmental Protection Agency will be given less than half that, at $8.3 billion.

It is clear that in the field of conservation, addressing economic issues is essential to improving effectiveness.  A variety of market mechanisms are being implemented with variable success.  For example, ascribing market values to species and whole ecosystems—known as the “ecosystem services approach”—is widely popularized.  Under such a system, species and biological communities are assessed to determine how much they contribute to the economy, which then guides conservation efforts and funds accordingly.  However, this approach has been criticized since it inevitably leads to the transformation of nature into a commodity with no intrinsic value.

The ultimate problem with using market mechanisms in conservation is they do little to address the fundamental exploitative nature of the current economic system.  While we can effect incremental change as individual consumers, halting the extinction crisis will entail a systemic shift in the global economic system.  A number of groups are now advocating for such a shift—away from global growth towards a new, more human-scale economy—offering a unique opportunity for those working in conservation to contribute to the discussion around macroeconomic reform.

This is the focus of this week’s conference at the Zoological Society of London, entitled “Economics as if Life Mattered,” where some of the most influential figures in the conservation and economic fields will come together to discuss how we can shape economic policy to save species. The symposium will explore how we can bring conservation of wildlife species to the fore—not merely as commodities that serve our short-term survival needs or contribute to economic growth, but as invaluable parts of diverse ecosystems to which we also belong.  Protecting wildlife is not at odds with creating healthy, sustainable economies.  With more open dialogue and collaboration, there is the potential to build economic systems that further equity, alleviate poverty, reduce pollution, and support all forms of life on earth.

Kristen Steele is Programs Coordinator at the International Society for Ecology and Culture (ISEC) and organizer of the Economics as if Life Mattered symposium.