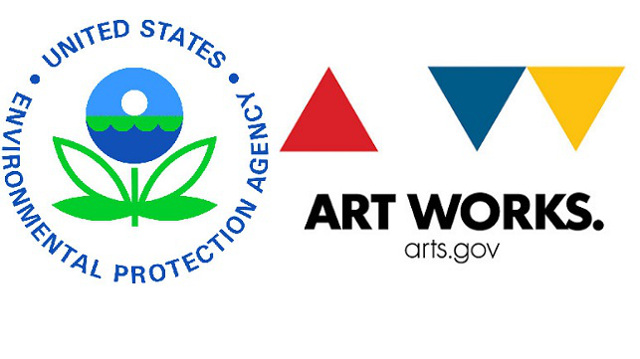 LEFT: WIKIMEDIA, ENVIRONMENTAL PROTECTION AGENCY; RIGHT: WIKIMEDIA, NATIONAL ENDOWMENT FOR THE ARTSLast week, the White House released a partial outline of its 2018 budget proposal, which included substantial cuts to several government agencies, including some that fund basic and applied scientific research. These proposed cuts are just the latest in a series of moves by the Trump administration that could threaten the future of American science, including reported restrictions on government scientists’ abilities to communicate with the public, immigration policies that undermine our abilities to collaborate internationally, and the appointment of several senior administrators who have expressed anti-science sentiments.

Scientists are justifiably alarmed, and there are multiple mobilization efforts underway to defend science. Scientists are running for public office, scientific societies are condemning specific policies, and a March for Science is being held next month in Washington, DC, with satellite marches around the world. While...

It has been particularly encouraging to see scientists from different fields coming together, overcoming the tribalism that often dominates academia. Even in the early days of the current administration, during which refutations of evidence were most keenly focused on environmental and climate science, the response came from across the sciences. However, it is not enough just to defend science; we must defend all academic fields of inquiry. The recent attacks on science are just one part of a much larger agenda targeting the legitimacy of expert knowledge and the very nature of fact.

As scientists, our role in society is to act as guardians of truth. Our mission is to discover things that are true, to share that truth with society, and to protect it from corruption and preserve it for future generations. But here’s the thing: we are not alone in that. Discovering and defending truth is also the mission of our colleagues in the arts, social sciences, and humanities, as well as journalists. Many of these fields have long been targets of scorn and derision from the most regressive elements in society, and the culture wars of the past few decades have engendered distrust of the media and resentment toward those who embrace social justice. It may be tempting to think that these groups represent softer targets, and that if we distance and differentiate ourselves from them, we can maintain the status quo in science. But if we are to defend science, we must stand together with the other truth-tellers, including our non-scientist colleagues.

It is easy to forget this shared commitment to truth, because the tools we use to discover and describe it are so different. The novels of Octavia Butler and Sinclair Lewis or the poems of Adrienne Rich and Langston Hughes don’t resemble scientific “facts,” but they do express truths that are critical for our society to acknowledge and understand. We need to be as outraged about alleged censorship of artists as we are about the reported silencing of government scientists. We need to be as outraged by the proposed defunding of the National Endowment for the Arts as about the proposed 31 percent budget cut at the Environmental Protection Agency.

Research in fields like history and sociology is not always amenable to the type of analysis favored in the natural sciences, but it captures truths about human existence and experience that are inaccessible to more quantitative, reductive methods. Those fields have rigorous academic traditions and standards, and they have expert consensus around bodies of accepted fact. Journalists are also in the truth-telling business, though they operate on much shorter timescales than inquiries of history and sociology.

It seems that every week we are presented with a new attack on facts. If we focus on preserving our own funding, on defending some narrow definition of science, we will lose.

We must fight the impulse that says that we can preserve science if we stay in our lane, that we’ll be safe if we leave our non-scientist colleagues to their own devices. Those who silence artists and journalists don’t embrace a well-funded system of free scientific inquiry. If we focus our defense narrowly on science, the best we can hope for is a politically compromised field no longer worth defending.

Jon F. Wilkins is an evolutionary biologist with the nonprofit Ronin Institute.