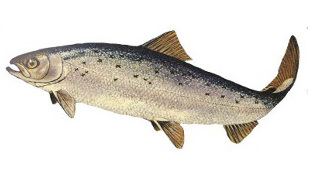 WIKIMEDIA, NOAAMost farmed plants and animals are genetically different from their wild relatives as a result of domestication. From its beginnings through to the present day, this process has relied on the selection of individuals for breeding based on their expression of heritable characteristics such as disease resistance, faster growth, increased yield and, in the case of animals, improved feed conversion efficiency. The fact that such variation exists among individuals comes down to differences in their genomes and how these differences are expressed.

In the vast majority of cases, genetic variation among individuals arises from random events—most often mutations—over which breeders have no control. Typically, these random genotypic changes lead to decreased performance in agriculture and the culling of individuals from the population. Less frequently, but of critical importance, such changes can lead to improved phenotypes that can then be incorporated into breeding programs for genetic gain.

What makes AquaBounty Technologies’ AquAdvantage Atlantic salmon unique among farmed animals is that its improved production characteristics (faster growth and improved feed conversion efficiency) are based on targeted changes to its genome achieved through the stable incorporation of genes from two other species of fish: one for the production of fish growth hormone and the other to promote its expression. The terms “transgenic” and “genetically modified organism” (GMO) are commonly used to describe such animals (or plants), although technically all animals and plants are transgenic—because of the incorporation of viral DNA into their genomes—and all farmed animals and plants are genetically modified through domestication.

There is nothing inherently dangerous in genetic engineering compared to traditional breeding programs. In fact, the two approaches ought to be viewed as complementary. Any science-based evaluation of GMOs should focus on the safety of the product rather than the process, per se. There is no reason to suspect that faster-growing AquAdvantage salmon are any more or less harmful or beneficial than faster-growing salmon produced through traditional selection programs. In fact, the two species from which genes have been transferred into AquAdvantage fish—Chinook salmon and ocean pout—are themselves recognized as edible species.

The approval of GMOs for agriculture focuses on two principal concerns: Are they safe to eat, and will they have harmful effects on the environment?

Although I consider myself an informed consumer, I am by no means an expert in food safety. That said, there is nothing about the AquAdvantage salmon that leads me to believe it is any more or less of a risk for human consumption than other farmed salmon, and there is no question that farmed salmon are a safe and healthy food choice.

The greater concern is the environmental one—the risk of escaped AquAdvantage salmon displacing or interbreeding with wild fish. But again, there is nothing inherently different about transgenic fish in this regard. The same environmental concerns apply equally to any domesticated plant or animal, independent of whether the genetic modification is achieved through traditional breeding or transgenesis. The intentional release or accidental escape of farmed plants and animals should be avoided in principle, because it is difficult to predict the outcome on native species and ecosystems. History has shown that such introductions into the wild can range from benign to devastating.

The rearing plan provided to the U.S. Food and Drug Administration (FDA) by AquaBounty Technologies details extensive measures to prevent the introduction of this fish, or its genes, into the wild. The company’s fish will be reared on land in closed containment systems, making it unlikely that any fish can escape. They will be reared in Panama, thousands of kilometers from any native salmon habitat and in an environment not well suited to the species’ natural life history, so that in the event that fish should escape, there will be no native salmon for them to interbreed with, and they are not likely to survive. AquAdantage salmon will also be reproductively sterile, using a process that is highly effective—though not fail-safe. With routine application, this process leaves less than 2 percent of the population fertile, and only as females. Thus, even if any fish did escape and survive in their novel environment, only a small proportion of them would be fertile, and those fish would not find any mates. Such redundancy in safety measures is unparalleled in the agricultural industry.

The only disadvantage I see to the AquAdvantage salmon is that salmon of any kind—whether wild or farmed, transgenic or not—is not an affordable choice of food for less-developed countries because of the relatively high costs of capture/production. If approved by the FDA and—perhaps a greater hurdle—adopted by the aquaculture industry, it will remain a food of choice for wealthier consumers. But the technology upon which it is based can be applied to any fish species. In the search for ways to improve food production on a global scale, the AquAdvantage salmon serves as a model for one of the most powerful and innovative approaches ever developed for agriculture.

Tillmann Benfey is a professor of biology at the University of New Brunswick, where he conducts research on the biology of maturation in fish. In this capacity, he has conducted collaborative research with AquaBounty Technologies related to the use of triploidy for reproductive sterilization, and has twice received financial compensation for consulting the firm on applying this technology to their production of AquAdvantage salmon.