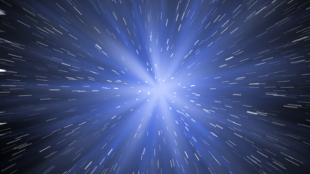 DEVIANTANT, BALSAVORWhen I was growing up, I didn’t want to become a physician. Unlike the best medical students, I never had a fire in the belly for seeing and treating patients. Instead, I wanted to find out how things work, and to apply what I learned to discover new things. And so I became a scientist. Along with life, love and music, science has been a chief motivating force ever since. I know I share an enjoyment of the scientific process—and a fondness for those moments of discovery—with many researchers, and that therefore my story will likely sound familiar.

But there is something else that always drove me, and I suspect many of us, toward science. Until a few years ago I couldn’t easily put my finger on it. What that something else turns out to be provides, I believe, our strongest possible argument for robust support of basic...

In most instances, the enjoyment academic scientists derive from conducting research is enough to counter the negatives, such as the unrelenting vagaries and vicissitudes of the grant-funding process. In the United States, budget pressures and resource constrictions have placed increased stress on the system. For example, the constant biomedical dollars available at the US National Institutes of Health in 2014 to support research amounted to around 75 percent of those available in 2003. In response, reviewers and funders have become more conservative, preferentially supporting surefire projects. Because more incremental projects are more likely to succeed, this strategy can label potentially groundbreaking work as “overly ambitious,” causing scientists to abandon creative projects.

The same pressures have skewed biomedical funding toward “translational research”—that intended to directly improve patient health. The patient connection closely aligns translational biomedical research with medicine. Obviously, in biomedical science, applying basic knowledge to improve the human condition is the ultimate goal. But are the relative priorities appropriately balanced? Must research trend toward the incremental during comparatively lean economic times? Because applying what we already know could improve medicine right now, should basic research receive a smaller piece of the pie? Most importantly, does translational research provide funding agencies with greater “bang for the buck” (i.e. probability of success factored with long-term impact)?

Several years ago, shortly after I took a faculty position and at the height of one of the worst periods of science defunding in the U.S., I caught an old episode of Star Trek on television. In one scene, a doctor treats a patient—a man in obvious distress. The doctor moves something like a magic wand over the length of the patient’s torso. She gazes at a fabulously dated-looking computer screen, and declares that she has isolated and sequenced the man’s virus and that, using that information, she’ll generate the optimal antibodies to fight the infection. Abracadabra! Her patient will be fine.

Pure science fiction. But, for me, the scene crystallized my other motivation to pursue science: I want to contribute what I can to our ability one day achieve precision care like that. And only science can turn science fiction into reality.

I believe that the truly big, transformative discoveries—those that cause fundamental changes in technology—arise from high risk/high reward basic science. Subsequent and careful application of basic discoveries, via both market-driven technology adoption and targeted translational funding, can improve our society. The US economy, where science and technology are among the last remaining drivers, also benefits.

To that end, the re-tasking of basic researchers through incentivizing translation is inefficient. Of course, “efficiency” is hard to pin down, largely because both basic and translational research projects can meet with varying degrees of success. But basic research differs in that large and small basic discoveries interconnect and build upon one another in causal—if not always obvious—ways. Because of this interconnectivity, there is no way to fund just “breakthrough” basic research and not harm the whole enterprise. Defunding basic science, through either weak research budgets or incentivizing translation, is a bad idea.

All too often, basic research accomplishments are accompanied with a tag of application “five years from now.” A decade later, a not-unreasonable response is: Where’s the output?  But if we bet that the public has the foresight to take the long view, then we should not conflate incremental improvements to patient care with breakthroughs in scientific understanding. We should have the courage to not substitute the latter with the former in terms of public advocacy. We should make the case that application is built on the ongoing accumulation of basic knowledge. We should make the case to maintain and augment investments in basic research. Otherwise we will never see the age of Star Trek medicine.

Dean Tantin is an associate professor of pathology at the University of Utah.