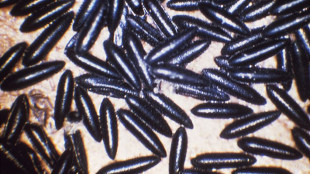 Aedes aegypti eggsWIKIMEDIA, CDCThe fast spread of Zika, which is now impacting nearly 50 countries on three continents, in combination with our limited understanding of the virus and infection-related symptoms and how the ongoing outbreak in Brazil might affect the upcoming Olympic Games in Rio, has garnered significant attention for this emerging pathogen. However, this recent attention on the Zika virus could wane quickly, particularly after the completion of the Olympic Games—which will justifiably not be cancelled or postponed due to the outbreak—and as a result of more positive news on the diagnostics and vaccine development fronts. Therefore, the public’s concerns regarding the Zika virus—including the corresponding pressure on politicians to provide reasonable funding to fight its spread—should be utilized to develop broader and more encompassing strategies to combat mosquito-borne diseases in general.

Although the Zika virus can have severe consequences for the affected individuals, the global...

In particular, the focus on a Zika vaccine—although important—could result in a misplaced illusion of protection, thereby removing the required attention and future financial backing to combat mosquito-borne diseases.

The economic framework for the development, production, storage, and application of vaccines targeting mosquito-borne diseases can be debilitating, especially for low-income countries. This problem is playing out in Africa, where multiple countries are currently reporting an outbreak of yellow fever, a vaccine-preventable mosquito-borne disease.

Furthermore, a recently marketed dengue vaccine highlights the possible limitations in efficacy encountered by vaccines protecting against mosquito-borne diseases. Vaccines often require multiple doses within well-defined time periods, could protect only against some of the existing genotypes of a particular causative agent, and/or may not be cost-effective. These factors contribute to a limited uptake, despite their protective abilities.

However, the biggest limitation of vaccines is that these products are targeted against a specific disease, while a general fight against the vector—mosquitoes—could effectively eliminate a broad spectrum of diseases. Therefore, vaccines should be only part of the public health strategy to combat mosquito-borne diseases.

We currently have a diverse arsenal of possible methods—ranging from active methods including varies types of insecticides to passive methods like mosquito nets—to target the vector of mosquito-borne diseases. Unfortunately, each method has its strengths and weaknesses, and only a concerted approach—beyond national borders and tailored to the regional epidemiological and financial circumstances—can effectively diminish the threat of mosquito-borne diseases by severely reducing the vector populations.

For example, the current concerns regarding the continued spread of the Zika virus could be instrumental in expanding field trials evaluating the efficacy and safety of genetically engineered mosquitoes, a possibly highly effective tool that could also be translatable to diseases caused by other vectors. Several approaches, ranging from radiation to CRISPR-Cas9, have been used to genetically modify mosquitoes, all potentially able to severely lower mosquito population sizes, both short- and long-term, depending on the technique. However, without the imminent threat of a disease, these techniques have only a low chance of broad application due to public skepticism towards genetically engineered organisms.

The current attention focused on the mosquitoes could also be utilized to improve public understanding of the vector, its breeding and feeding behaviors, and, ultimately, including the public in the fight against mosquitoes.

As noted in a recent GlobalData white paper, the ongoing Zika outbreak should not be seen as an isolated event, but rather as an ongoing problem of vector-borne diseases affecting human health. By addressing the wider spectrum of mosquito-borne diseases instead of focusing only on the Zika virus, we can develop strategies that are not only applicable to the current threats, including Zika, malaria, and dengue, but also could possibly combat novel mosquito-borne diseases that will emerge in the future.