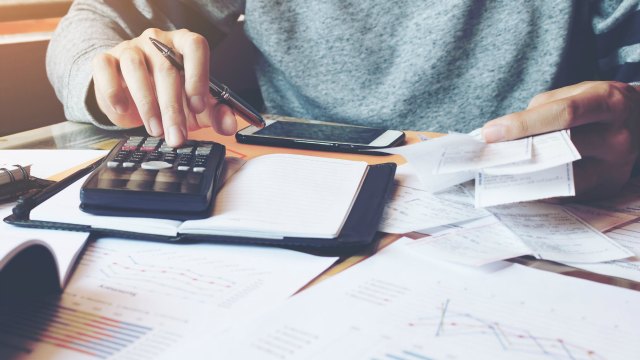 ISTOCK, WUTWHANFOTOFollowing the approval of a similar bill in the House earlier this month, the Senate Budget Committee approved a tax proposal Tuesday (November 28) that would have far-reaching effects on taxpayers across the country. As lawmakers continue deliberations, graduate students are becoming increasingly vocal with their concerns about how proposed changes within the Tax Cuts and Jobs Act (H.R. 1) will affect their lives.

These include changes to student loan interest rates, tuition reduction, and education assistance programs, consolidation of tax credits, and elimination of debt forgiveness for tragic life events. But as most students now know from their newsfeeds and social media networks, the elimination of tuition waivers under the House (but not the Senate) version of the plan, resulting in the treatment of these funds as taxable income, may be the most alarming adjustment.

Numerous articles have been published in the past few weeks with...

We asked whether simply adding back the tuition waiver provision to the House plan would alleviate the tax burden on students, and in all situations, this is the case.

The student from the private university, who has a higher stipend and tuition (in this case, tuition is $36,000 to $39,000 per year), would see the greatest absolute increase in TTO. However, the student from the public university (whose tuition was between $27,000 and $29,000 per year) experienced the greatest increase in Effective Tax Rate (ETR), meaning the proportion of taxes relative to income. For this student, the largest increase in ETR under the House plan was 18.1 percent, mostly because their income is low enough that under previous historical tax structures they paid very little.

When comparing the historical tax structure versus the House plan by calculating the Cumulative Differential Tax Burden (CDTB), which is the sum of tax increases, over four years (approximately the length of time most students would be on full tuition), the problems pile up.

For a single private university student with or without a child, the CDTB is approximately one eighth the total income of that student over the four years, or between $4,000 and $5,000 in additional taxes per year. Families experience smaller increases than singles, albeit not insignificant, on the order of $2,500 to $3,500 in additional taxes per year.

Taxable tuition is the culprit

“Tuition waiver” is the term for the provision in current tax code that allows students to exclude tuition costs covered by their university from their taxable income. We asked whether simply adding back the tuition waiver provision to the House plan would alleviate the tax burden on students, and in all situations, this is the case. In fact, the House plan with tuition waivers or the Senate plan, which has tuition waivers built in, reduced taxes across the board as compared to historical tax structures. What this means is that when tuition is out of the equation, both new tax plans actually decrease the CDTB of all family structures, between $600 for a single, public university student and $8,000 for a married couple at a private university with one child.

Overall, we conclude that the inclusion of tax waivers in eventual tax reform legislation is key for graduate students, lest their tax burden increase drastically. However, other facets of these plans appear to decrease taxes owed when tuition is waived, so each student’s individual status will dictate whether these plans harm or help. While the net effect of such a change in taxation is unclear, it is reasonable to assume that taxable tuition would have severe effects on who can afford graduate education—and is that something our country can afford?

Michael T. Parker is a graduate student of immunobiology at Yale University and Patricia M. Lawston is a postdoc associate at the University of Maryland and NASA Goddard Space Flight Center.

*The authors utilized their personal tax and income information for these studies.