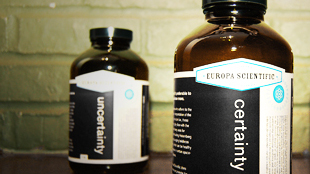 FLICKR, S PANTSScientists must be aware of unintended consequences when arguing about uncertainty, especially as evidence-based policies often demand consensus.

In a way, we all construct our own certainties out of uncertainty. From irrational options we make pseudo-rational choices. For example, politics and religion involve a lot of uncertainty, yet nevertheless, we choose a camp, and can feel certain about it. Certainty makes life easier—or it at least reduces anxiety. Even scientific textbooks seem all about certainties and the media also convey messages that science is certain.

Sound policymaking must be based on scientific evidence. But where does this evidence come from? Here, textbook “certainty” is of no help; by the time a chapter is written, the evidence is already outdated. On the other hand, though, using...

Unfortunately, the higher the policy stakes, the stronger the scientific “consensus” must be.

The danger of uncertainty

That uncertainty is the alpha and the omega of Homo scientificus has some drawbacks. Scientific debates can easily be misused by special interest groups. The greater the uncertainty, the easier it is for stakeholders to select evidence to support predefined positions. And consensus rarely sells, so the media are naturally looking for such controversy.

Take, for example, that stakeholders have recently debated the “degree” to which climate change could affect the environment. Even if a very small minority of scientific publications discuss the possible non-anthropogenic origin of current climate change, it is this very narrow data that receives disproportionate attention. It becomes even worse when scientists mix discussions on uncertainty with policy judgments, as was recently the case with conflicting scientific editorials on endocrine-disrupting substances.

The power of consensus

Scientists must realize that not communicating consensus—about what they do agree on—can also impose collateral damage, from the misuse of the precautionary principle up to calling their own credibility into question.  Arguing too much about uncertainty without stating the obvious can easily be detrimental to science as well as to policymaking. Uncertainty needs to be explained; uncertainty is different from unknown. For example, it is certain that smoking tobacco can cause cancer. What is not so clear is who out of every seven smokers will get cancer, and of those unlucky ones, who can or cannot be cured.

For the purpose of policymaking, however, it is enough to state that smoking is harmful—this is the consensus.

No single truth exists, in science or in policy. So there can also be consensus on the uncertainty. Above all, the scientific method must be made known. For this to happen, scientists and policymakers alike must acknowledge uncertainty. Even when no consensus can be reached, evidence-informed policies trumps evidence-based approaches.

With the rise of fields like nanotechnology and synthetic biology, researchers today have ample opportunities to convey uncertainties and consensus. But they must be crystal clear: science is about discovery and (decreasing) uncertainty, policymaking is about achieving consensus (if not certainty). Together, scientists and policymakers alike must strive to make responsible decisions for the benefit of society.