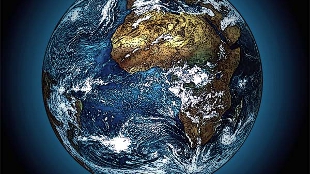 Many leading science networks argue today that human activities are moving several of Earth’s sub-systems, such as the climate, outside the range of natural variability, and that human societies must change course and steer away from critical tipping points that may lead to, if surpassed, fundamental changes in ocean currents or weather patterns. It is widely agreed that this requires fundamental restructuring of national and international institutions toward more effective planetary stewardship and earth system governance—global and local guidelines for preventing and mitigating environmental change and encouraging sustainable development. Business as usual is not an option.

Governments will meet this week in Rio de Janeiro, Brazil, for the United Nations Conference on Sustainable Development. This is largest diplomatic gathering in this field in the last 10 years, and must become a stepping stone for major reforms.

Earlier this year, I and 31 leading governance experts laid...

First, we argue that the UN Environment Programme must be upgraded to a UN specialized agency for environmental protection along the lines of the World Health Organization or the International Labour Organization—that is, a strong environmental organization with a sizable role in agenda-setting, norm-develop­ment, compliance management, science assessment, and capacity-building.

Second, we call upon governments to strengthen the integration of sustainable development policies, from local to global levels, and in particular, to create within the UN system a high-level UN Sustainable Development Council directly under the UN General Assembly. This council can help to further integrate economic, social, and environmental policies in the UN system, in a way that existing institutions cannot deliver.

Third, we argue that important regulatory gaps must be urgently closed through new institutions, such as framework conventions. One such area is the governance of new and potentially risky technologies, such as nanotechnology or geoengineering.

Fourth, we propose to make environmental goals more prevalent in global trade, investment, and finance regimes so that the activities of these sectors work towards these goals, and not against them.

Fifth, we argue for a stronger reliance on qualified majority voting to speed up international norm-setting. Most environmental treaties today require the consensus of all their members for any decisions, which inevitably ties these decisions to the preferences of the least ambitious governments. Consensus-based decision-making must be hence be urgently replaced by a wider usage of qualified majority voting.

Sixth, we call for new mechanisms to give civil society organizations more meaningful roles in global governance, for example in the form of separate chambers with clearly defined rights and responsibilities. This is important to improve the accountability and legitimacy of international decision-making.

Overall, our research indicates that we need a major transformative shift in governance, similar to the transformation that the founding of the UN and its specialized agencies brought about after 1945. We call this the need for a “constitutional moment” in world politics and global governance. The UN Conference on Sustainable Development in Rio this week must be a first step to set out a roadmap for this fundamental change.

Frank Biermann is professor and head of the Department of Environmental Policy Analysis at the Institute for Environmental Studies, VU Amsterdam, and visiting professor at Lund University. He is also the general director of the Netherlands Research School for Socio-economic and Natural Sciences of the Environment (SENSE) and chair of the Earth System Governance Project, a 10-year research effort under the International Human Dimensions Programme on Global Environmental Change.