Alan Kadish is president of the Touro University System, the largest Jewish-sponsored educational institution in the United States. Before becoming Touro’s second president in March 2010, Kadish distinguished himself as a cardiologist, teacher, researcher, and administrator. 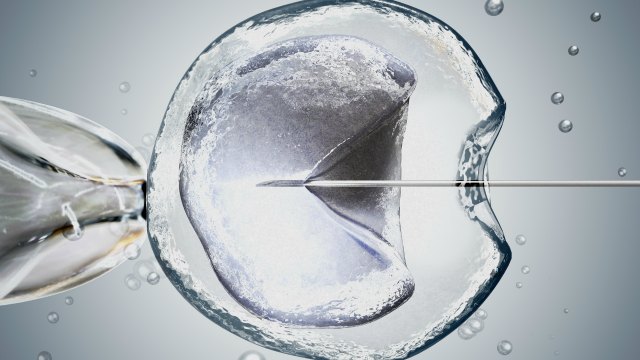 ISTOCK, VCHALJohn D. Loike, a Professor of Biology at Touro College and University Systems, writes a regular column on bioethics for The Scientist.

On June 7, news reports emerged that Valery Zukin, director of Nadiya Clinic of Reproductive Medicine in Ukraine, and his colleagues had created four children from “infertile” older women using DNA obtained from three different parents. The technique, called pronuclear transfer, has entered clinical trials in the U.K. to help fertile women with devastating mitochondrial DNA (mtDNA) mutations to have healthy babies, but not to treat infertility. It’s our position that it is premature to apply pronuclear transfer to treat infertile women for both scientific and ethical reasons until more clinical research has been performed on women with mtDNA mutations.

In pronuclear transfer, a man’s sperm is used to generate two fertilized eggs: one obtained from his female partner who...

On several occasions, the US Food and Drug Administration (FDA) issued warnings about using DNA from three parents in clinical trials. The FDA and other groups highlight many ethical challenges associated with mitochondrial transfer (MRT). For example, will MRT actually produce a healthy child resulting from the mixing of two women’s DNA in a single egg? Secondly, how would the addition of a third genetic parent affect the parental identity of the child? Marcy Darnovsky, head of the Center for Genetics and Society, also expressed concern that this technology will lead physicians to slide down a slippery slope toward the creation of designer babies that incorporate “foreign genes” to enhance intelligence or athleticism.

Zukin’s effort is the first recorded case where pronuclear transfer has been successfully used to allow an infertile couple to have a child. However, in 1998, mitochondrial transfer was reportedly performed in infertile women in the U.S. using another technique called cytoplasmic mitochondrial transfer. Donor oocyte–derived cytoplasm containing mtDNA is directly injected into a patient’s oocytes to treat an infertility case of insufficient embryonic development. In total, about 17 live births were reported in the U.S. using this technique. However, because there were multiple severe side effects in some of the babies born, the FDA decided to stop these studies.

From an ethical perspective, the use of pronuclear transfer for infertile women and for women with mitochondrial mutations has a common, beneficent objective: to allow women to have healthy children. We believe the problem in using this technique for infertile women is that until researchers explore and document the efficacy and potential side effects of pronuclear transfer in women with mitochondrial mutations, it seems scientifically premature to apply this procedure to other medical conditions such as infertility.

The ethical concern that this technology is heading down a slippery slope toward “designer babies” may not be as justified as the public may believe. In 1978, when the first “test-tube baby” was born, similar fears were raised about using in vitro fertilization (IVF) to create designer babies. Since then, there have been almost 6 million babies born via IVF without any reported evidence of its use to create designer babies. Perhaps in some situations society possesses a moral compass to regulate the application of biotechnologies. We believe that this moral compass will apply to pronuclear transfer and gene editing to restrict its applications to medical conditions. Thus, continuing research in using pronuclear transfer for women with mtDNA mutations is ethically sound. Because there are a variety of new technologies that can be used to help infertile women, society should be patient in applying pronuclear transfer to infertility until we learn more about its potential risks.

One must also keep in mind that there are other methods to transfer healthy mitochondrial DNA into an embryo (for example, spindle nuclear transfer, nuclear genome transfer, and polar body genome transfer) that should also be rigorously and carefully examined with federally funded research. Interestingly, spindle nuclear transfer (SNT) was applied to an infertile, older couple to produce a baby in Mexico in 2016. In SNT, DNA from the mother’s egg is removed and transferred into a donor egg stripped of its own nucleus. The resulting reconstituted egg is fertilized with the father’s sperm and then implanted into the mother’s womb to create a child. The ethical advantage of SNT over pronuclear transfer is that the sperm of the father is only used to fertilize one oocyte. The destruction of a nonfertilized oocyte is less ethically challenging that the destruction of a fertilized oocyte. We should, therefore, consider researching the use of SNT for women with mitochondrial mutations.

In addition to the problem of which technology to use, another unresolved issue is both bioethical and legal in nature. Who are the parents of the child born from three DNA donors? Some ethicists have argued that because the mtDNA represents less than 0.1 percent of the human genes, it should not play a role in determining parenthood. Other ethicists claim that without mtDNA no fetus could survive and therefore its critical role in forming a fetus justifies granting parenthood status to the donor of the mitochondria. I believe that one way to manage this issue is to have the three individuals involved in creating the embryo sign a legal document before engaging in this protocol designating the legal parents of the child. Such a document could be designed to prevent the child from knowing and identifying the source of his or her mtDNA.

As society continues to develop innovative techniques in genomic manipulation and editing, it is important to recognize and balance the positive medical outcomes with the potential negative ethical falllout. We need to research mitochondrial transfer in women with mtDNA mutations with caution and under ethical governmental guidelines.

John D. Loike is Professor of Biology at Touro College and University Systems, of which Alan Kadish is President.

Correction (August 15): There are no ongoing clinical trials of pronuclear transfer in Singapore as the first paragraph originally stated. The Scientist regrets the error.