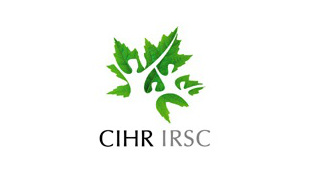 WIKIMEDIA, VICTORDThis month, a small Canadian company, Mimetogen, entered a licensing agreement with Allergan to complete clinical testing of a new drug to help sufferers of dry eye. This drug-development success story originated with research supported through the Canadian Institute of Health Research (CIHR) Proof of Principal Program (POP). This federal funding has provided essential resources to many researchers with commercial-ready projects.

CIHR has offered POP commercialization grants since 2001, and this may be its last year. Next month (December 7-9), the POP committee will hold its final grant review meeting, and no replacement funding source has been put in place. Rather than end the funding received by this unique grant program, CIHR should consider expanding the program to accelerate commercial advancement of academic projects. The end of the POP program sends a signal to Canadian researchers that commercialization is not a high priority.

Earlier this year, CIHR implemented the...

The new application form asks no questions about patentability searching, freedom to operate, or barriers to market entry, as required in the commercialization plan for POP grants. Such questions are essential for assessment of a project’s commercial potential.

In practical terms, this means that commercialization-ready projects should not be directly compared to other research grants meant to support earlier-stage discoveries. The goals of a basic research grant differ from those of a commercialization grant, making comparison difficult.  Creating commercial value may reside in such undertakings as drug safety studies, or animal trials sufficient to support a patent application. However, these activities may not be considered innovative enough when compared with other grants proposed within the new CIHR Foundation or Project Schemes.

As Associate Professor Horacio Uri Saragovi of McGill University in Montreal told us: “My work that led to a clinical Phase 3 compound in development by Mimetogen was turned down several times in the regular CIHR grant application and would never have advanced to clinical trial without POP support.”

CIHR should consider a renaissance of commercialization-focused funding programs that build upon the success of POP. Such programs could take into consideration the recommendations made to the CIHR governing council during its 2014 review of the agency. At the time, CIHR’s Internal Review Committee noted a “push toward translational research has not been supported by adequate funding.” External reviewers commented that “CHIR also needs to partner with international organizations.” These recommendations support the need to maintain separate funds and a distinct evaluation process for commercialization-focused funding.

The POP committee, of which we are part, is uniquely positioned to assess federal funding applications, with a diverse committee membership including technology transfer officers, industry members, patent agents and investors, and academics. Reviewers of commercialization grants assess not only the proposed research, but also the commercial potential of a technology.

Despite negative sentiments within the Canadian research community over the current changes in CIHR programs, there is reason for optimism. Canadian universities rate highly in the world. QS Rankings named six Canadian institutions among the top 100 worldwide for Life Sciences and Medical Faculties in its 2015-16 survey. A renewed focus on commercialization funding would bring more research and innovation to fruition, and help to continue Canada’s role as an international leader in health innovation.

In the U.S., the National Institutes of Health’s Small Business Innovation Research (SBIR) program effectively supports commercialization of biomedical research. Rather than assimilating POP into the common funding scheme, we suggest that CIHR consider commercialization potential separately, and establish a new program that would build on the existing reputation of POP within industry as an endorsement of commercialization-ready technologies. We recommend looking to the SBIR program as a model for expanding funding in Canada. Retaining POP or replacing it with a better program is essential to achieve the stated goal of CIHR to foster innovation and translation of discoveries.