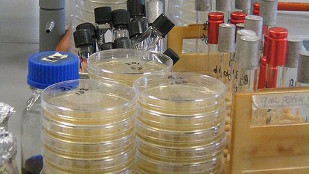 WIKIMEDIA, FRIBBIWhat’s known as translational research can be divided into two stages. The first stage—“from bench to bedside”—aims to validate the effectiveness of a drug or biotechnology in the clinic. The second aims to validate the efficacy and safety of the clinical application of the technology in everyday medicine. The U.S. Food and Drug Administration’s role in this process is to ensure the safe and ethical transformation of new drugs and biotechnologies into human clinical trials, and thereafter, into clinical practice.

As we reflect on the 30-plus years since the FDA approved human insulin created through the insertion of human DNA into E. coli, it is appropriate to reflect on whether the agency’s regulatory abilities have kept pace with the changing research landscape. It is also important to consider whether scientists and researchers clearly understand when it is ethical to move from testing a scientific concept in a...

One shift is the increasing presence and role of biotechnology in medicine. Historically, medicines were derived largely from natural sources and well-known chemical compounds. Today, however, researchers are also using cellular and bimolecular processes to develop treatments and diagnostics for human illnesses. From 1998 to 2003, the biotechnology sector “either discovered or played a major role in developing 36% of all new drugs,” the University of Tokyo’s Robert Kneller wrote in a 2005 letter to Nature Biotechnology. While the FDA reviewed and approved these biotechnologies, it has not always been clear which types of biologic material and interventions qualify for and must be submitted for FDA review.

This a particular issue for new, cell-based technologies, which are at times considered part of ordinary medical care (and therefore exempt from the purview of the FDA), and other times considered a biologic drug in need of marketing approval before they can be used in patients. For example, Regeneron Pharmaceuticals has been challenging the FDA’s authority to regulate stem-cell therapies that use a patient’s own stem cells for treatment. The FDA has argued that because the patient’s stem cells are extracted and then modified before being re-introduced, the modification process qualifies them as a biological drug.  This interpretation means that the technology must undergo clinical trials and FDA review before being approved. The company commercializing the technology, in contrast, argues that the cells are not sufficiently modified to qualify as a drug. The Circuit Court of Appeals in Washington, D.C., this month affirmed the FDA’s right to regulate these types of stem cell therapies as drugs.

It’s worth noting that not all human cellular interventions have been subject to FDA regulation. Take the common practice of removing one cell from an eight-cell embryo for pre-implantation genetic diagnosis (PGD), for example. The FDA did not approve those first “clinical trials” because the procedure was outside the agency’s definition for drugs, biologics, or medical devices.

A second shift in the research landscape is an increasing awareness that many drugs and diseases lack good animal models for conducting scientific studies. While scientists have long known these limitations, current evidence shows animal models may be far more inferior than originally thought. In a January 2013 PNAS report, a team led by investigators at Stanford University showed that more than 150 potential treatments for severe inflammation failed to work in human clinical studies even though these treatments were successful in mouse studies. Moreover, animal models are imperfect representations of the complex and multifaceted spectrum of genetic diseases that encompass human cancers.  Similar claims can be made for animal models of Parkinson’s and Alzheimer’s disease. This poses a unique challenge for regulators. How should governmental agencies, like the FDA, regulate the translational application of drugs, medical devices, and biotechnologies into clinical trials? Should Phase 1 trials be green-lighted in the absence of a good animal model, provided there is substantial evidence to suggest the treatment should work from in vitro studies? Now is the time for researchers and regulators to develop guidelines for making these decisions.

Another shift is cultural. Along with the rise of social media, biotechnology firms have been under increased pressure to speed up public access to innovations. While the National Institutes of Health, universities, and large drug companies have traditionally served as the gatekeepers to advancing science from concept to bench, and the bedside, today patient advocacy groups, private foundations, and crowdfunding are playing a greater role as gatekeepers. Such pressures to expedite research into clinical trials and practice and to package concepts in flashy but, potentially scientifically questionable ways, must be balanced with real concerns regarding the potential health risks associated with any new biotechnology.

The future of applying new discoveries in biotechnology to clinical medicine has never been brighter, and we envisage rapid progress in this area.  However, the application of new technologies in the clinic should be carefully governed, striking a balance between over-regulation and premature reactions to new technologies and scientific “failures.” In this way, scientists can better translate biomedical research into ethically sound clinical practice to improve global health.

John D. Loike is the director of special programs at the Center for Bioethics, Columbia University College of Physicians and Surgeons. Jennifer Miller is the founding director of Bioethics International and a fellow in the Edmond J. Safra Center for Ethics at Harvard University.