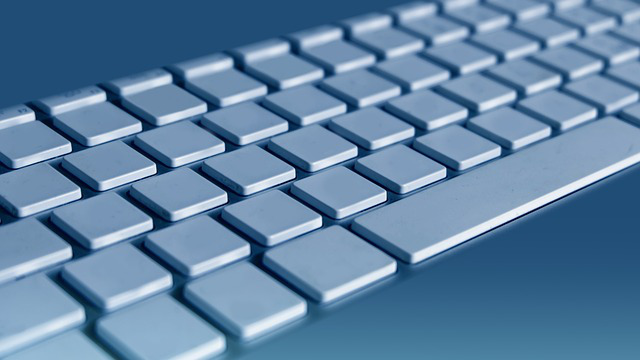 PIXABAY, GERALTA scientist conducts experiments, analyzes the data from these experiments, and then arrives at a new understanding of the natural world. Once confident of their discovery, the scientist will then transmit this new knowledge to the rest of the scientific community. If the work is original and the evidence is accurate and compelling, it is expected that other scientists will give credit to the scientist who made the original discovery. However, this process of establishing “priority” for the discovery is not straightforward and disputes over priority have permeated every epoch of modern science.

With many more scientists on the planet, all accessing the same information and many seeking to answer reasonably evident next questions, competitive situations arise more frequently. Furthermore, the speed of global communication has increased dramatically. These changes in science and communication technologies have led us to revisit two questions: How should a new discovery be communicated,...

This relationship between the individual scientist and the scientific community highlights two steps in the establishment of priority. First, there is the transfer of knowledge from the scientist to the broad scientific community: we call this first step “disclosure.” In a second step, the scientific community responds to the disclosure by assessing whether it is correct and of sufficient interest to merit attention and further development. It is this second step, which we call “validation,” that establishes the scientist’s reputation and results in rewards, such as career advancement and grants that enable more scientific work. However, unlike disclosure, which is a discrete time-stamped event, validation can take variable amounts of time, and the most novel discoveries often take the longest to be acknowledged by the community.

A disclosure for establishing priority should involve a fair and complete transfer of knowledge from the scientist to the world-wide scientific enterprise. An acceptable method of disclosure will generally fulfill the following four criteria:  1) inclusion of all of the data along with a written interpretation of the data; 2) a full description of the methodologies used, so that the work can be replicated and extended by other scientists; 3) communication through a widely-recognized and stable venue (which must have mechanisms in place to ensure the permanence of the work); 4) inclusion of a time stamp to indicate when the work was disclosed.

The publication of a paper in a peer-reviewed journal fulfills these four criteria. However, publishing in a journal also requires the scientist to hand over control of the timing of disclosure to the journal. Given the unpredictable nature of editorial rejection, peer review, and the publication process, the delay between the submission of a paper and its publication can range from a few weeks to more than two years. Furthermore, except for a handful of journals (such as BMJ Open, F1000Research, and PeerJ), there is no public record of the original submission and the ways in which the manuscript changed during the peer-review process. The lack of such a record precludes using the date of the original submission as the date of disclosure. In addition, for papers published in subscription journals, disclosure is limited to those scientists who have access to those journals. Thus, while we later argue for the value of journals in validation, in their current form they slow down and create inequities in how knowledge is transferred from the scientist to the worldwide scientific community.

A preprint server allows a scientist to post a completed study on the internet and immediately disclose the work without access barriers. A preprint does not undergo peer review, although many servers ensure that the study is scientific in nature. The preprint server arXiv, established in 1991 by Paul Ginsparg and now operated by Cornell University, is widely used in the physics, mathematics, and computational sciences communities. In recent years similar servers has been established for the life sciences, including bioRxiv (which is run by the Cold Spring Harbor Laboratory), PeerJ Preprints, and the quantitative biology section of arXiv.

A manuscript posted as a preprint could satisfy the four criteria listed above for disclosure, with certain qualifications. Since preprints are similar or identical in content to submitted journal manuscripts, criteria 1 and 2 can be met if the manuscript contains the necessary data, interpretation and details about methodologies. Whether criteria 3 and 4 are met depends upon the nature of preprint server, specifically whether it has the ability maintain a permanent record and whether it is highly visible in the relevant scientific communities.

Several decades ago, presenting work at a scientific meeting was often accepted by colleagues in a field as a reasonable mechanism for establishing priority. In these earlier days, however, the entire field of molecular biology could gather at a Cold Spring Harbor Meeting, which is no longer possible. Furthermore, the amount of data and methodologies presented in a meeting talk or poster is usually insufficient to meet criteria 1 and 2 and is generally not retained in the form of a permanent record (criteria 4).

While meetings fall short as a reliable mechanism for disclosure, we also recognize their substantial benefits. Meeting presentations allow scientists to get feedback on and subsequently improve their work, and are also outstanding training experiences for students and postdocs.

However, if preprints become widely accepted as a form of disclosure for the purposes of establishing priority, then more scientists might be more willing to share their work at meetings prior to journal publication.

While the timing of disclosure is important for establishing priority, racing to be first at the expense of quality could spell disaster for a scientist, especially if he/she gets a reputation for rushing out low-quality work. Moreover, we believe that a strict, time-stamp-based “winner takes all” philosophy of priority  is not in the best interests of science. Moreover, it often falls short in practice, as there are plenty of examples in which several groups have been co-credited for a particular discovery, even though their papers did not all appear at the same time. Furthermore, in the long run, the quality of the work is just as important as being first in the eyes of the scientific community.

Darwin and Wallace provide a case in point. Both scientists are recognized for their independent idea of natural selection and its role in evolving new species. But even in their lifetimes, it became broadly recognized, including by Wallace himself, that it was the outstanding corpus of evidence in On the Origin of Species that associated Darwin’s name most widely with the theory of evolution. Therefore, racing to disclose small and incomplete pieces of work is not a successful strategy for establishing priority, achieving recognition, or developing a good scientific reputation. Moreover, even in competitive situations, when time is of the essence, most scientists take into account the likely reaction of the scientific community to a paper.

If preprint servers can be used to disclose scientific work, what is purpose of a journal? Disclosure of a discovery is of limited value to the scientist, unless the work is seen and discussed, analyzed for credibility and accuracy, repeated and cited by other scientists.

Currently, journals and the peer-review process play a central role in the validation of scientific work. One reads a published journal article knowing that two or more colleagues have spent time carefully examining the work and looking for obvious errors in the experiments and/or interpretation. Widely read journals also provide visibility for a scientific work, which is not achieved by the democracy of preprint servers. Indeed, an important function of an editor is to assemble and draw attention to an interesting set of papers in a particular field.

However, it is important to recognize that peer review by a journal is a first step toward validation, rather than being the final word on it. Published papers in high-profile, peer-reviewed journals have been proven to be wrong or, in rare cases, to have been falsified; conversely, papers rejected after peer review have later achieved widespread recognition for changing the field. Therefore, establishing priority involves a broader scrutiny from the scientific community after publication.

This process, as history has shown, can take years, and is often most visible in the form of citations. Important discoveries that stand the test of time continue to be highly cited within a field, while those that were wrong or flawed generally fall by the wayside.

The traditional peer-review process used by journals is far from perfect. Furthermore, the heightened competition between scientists for space in high-profile journals (and the rewards that are thought to follow from publishing in these journals, such as grants and jobs) has strained the peer-review system, which seemed to work reasonably well until just a couple of decades ago. Some have proposed that journals and peer review as currently practiced should be abandoned as soon as possible. We would strongly argue against this: the need for a system of validation has only become more pronounced as the volume of scientific work has increased. Moreover, a number of journals, such as eLife, are exploring ways to improve the peer-review process.

Here we suggest that science could be better served by first disclosing the work in a publicly accessible forum and then, either simultaneously or at a later date, submitting the work to a journal for peer review.

Disclosing manuscripts before they have been peer-reviewed would bring many benefits: the scientist would retain control over the timing of disclosure; other scientists would be able to provide feedback (positive or negative) before the work was published; other scientists would also be able to build on the work if they wished; and the public would benefit from the catalytic effects that ensue when knowledge is shared.

One way to implement earlier disclosure would be for journals themselves to post papers on their own website as soon as they are submitted, but this is unlikely to be universally implemented and may be awkward for authors if their paper is rejected.

As discussed here and elsewhere, another option would be to use a preprint server.

However, some biologists worry that submitting a preprint will lead to them being “scooped” if other scientists do not pay attention to work reported in preprints and do not cite them. If preprint-based disclosure for priority is to take hold in the life and biomedical sciences, submissions will need to grow and preprints will need to be made more visible and more easily discoverable than they are now. In addition, trustworthy and community-led governance of preprints will be essential, and funding agencies and universities will need to put policies in place to accept preprints in applications for grants, jobs, and promotions.

Any preprint system must be coupled to a reliable system of validation. Journals have established an infrastructure for peer review, and they provide the present-day gold standard for validation. However, as noted above, peer review is far from perfect and must be combined with other forms of validation that take place over longer timescales and involve more than a handful of editors and referees.

In our opinion, a combination of preprints, journal-based peer review and new forms of post-publication validation would bring together the advantages of new digital technologies with what we value about traditional approaches.

A version of this article, “Priority of discovery in the life sciences,” was first published June 16, 2016 in eLife.

Ronald Vale is a professor in the department of cellular and molecular pharmacology at the University of California, San Francisco. Anthony Hyman is director of the Max Planck Institute of Molecular Cell Biology and Genetics in Dresden, Germany.