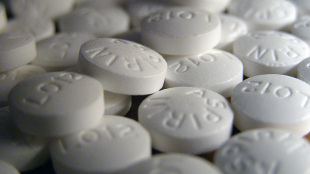 WIKIMEDIA, 14 MOSTAFA&ZEYADMore than two centuries ago, the brilliant English surgeon Percivall Pott became intrigued by a scrotal cancer that disproportionately afflicted former chimney sweeps. Pott argued in a book initially published in 1775 that exposure to soot caused the disease, making him the first person to identify an environmental cause of cancer. His observation helped lay the foundations of occupational medicine and, notably, suggested that the chimney sweeps’ cancer could be prevented.

Today we know significantly more about the causes of cancer, and these are, if nothing else, as complex as the disease. How exactly genes and environment interact to propel malignancy is only just beginning to be worked out, but one thing is clear: our habits play a big role. We know, for example, that about half of all diagnosed cancers are fueled by lifestyle choices, such as smoking, alcohol use, and poor diet, but the answer...

Along with an increase in the number of cancer cases comes enormous cost. The medical costs of cancer in the U.S. alone are expected to rise from roughly $100 billion to more than $158 billion in the next five years. Worldwide, medical costs and productivity losses due to cancer are estimated to be $1.16 trillion—about 2 percent of global gross domestic product—and this gargantuan sum only accounts for treatment-associated costs.

Clearly, cancer prevention should be a global priority. Yet only a relatively small portion of cancer research funds are dedicated to such efforts; the bulk of funding from all sources still goes to the development of cancer therapies. While important, new drugs are typically unavailable in many low- and middle-income countries, meaning that measures to prevent cancer will go much further in reducing suffering in these regions.

To this end, the Conrad N. Hilton Foundation, which focuses on the globally disadvantaged, and Ludwig Cancer Research, where I am the scientific director, recently launched a five-year, $10 million program to develop validated interventions to prevent colorectal cancers (CRC). These are among the leading causes of cancer death worldwide, and are likely to become much more common in developing countries.

There are strong indications that risks for cancers of the digestive tract can be significantly lowered with a daily dose of aspirin, for example, and a number of international trials are today evaluating who would benefit most from such measures. But few research programs are systematically evaluating dietary interventions for preventing CRC.

We hope to fill that gap. Epidemiological studies indicate that diet and other environmental factors play an outsize role in CRC. So do the immune system and the menagerie of gut microbes that are vital to digestion and immune health. Ludwig researchers at Memorial Sloan Kettering Cancer Center in New York have shown, for example, that a particular metabolite—produced by gut bacteria that digest a dietary fiber known as resistant starch—interacts with the immune system to suppress inflammation in animal models. Chronic inflammation is thought to be a major factor in CRC. Our aim is to determine how these components interact to influence CRC, and use what we learn to devise practical and affordable dietary interventions to help prevent the disease.

In addition to preventive interventions, new and improved screening methods, such as noninvasive DNA tests, should be implemented to help nip this typically slow-growing cancer in the bud. While colonoscopies remain the gold standard for such detection, people are often reluctant to undergo the procedure, even where it’s widely available. The Cologuard test, developed partly on the basis of research done long ago by current Ludwig John Hopkins codirectors Bert Vogelstein and Kenneth Kinzler, screens DNA and proteins associated with CRCs in stool samples. But while the test is reasonably good at detecting cancers, it is not quite as effective at detecting precancerous growths.

In a sense, these preventive measures follow in the footsteps of Pott, who advised that chimney sweeps change or wash their clothes when they were done with work for the day. Where this advice was applied, the incidence of scrotal cancer declined among chimney sweeps.

We should avoid making a different version of the same mistake today. We know that a good number of cancers can be forestalled by avoiding tobacco, eating well, controlling weight, and limiting alcohol consumption. But it’s time now to move past these general admonishments and apply the powerful technologies and knowledge at our disposal to systematically develop more experimentally validated interventions to prevent other environmentally fueled cancers. Doing so is as much an economic necessity as it is a humanitarian imperative.

David Lane is the scientific director of the Ludwig Institute for Cancer Research and a member of its board of directors.