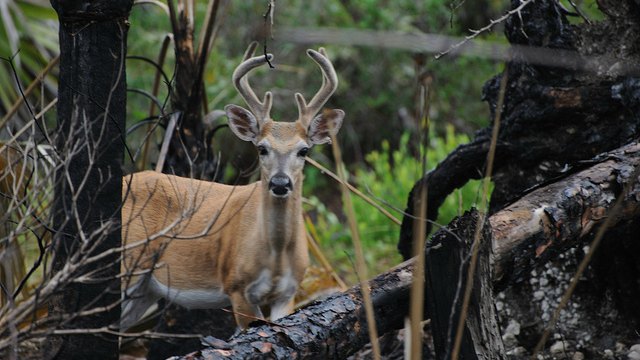 US Fish and Wildlife Service (FWS) staff members who run the National Key Deer Refuge on Big Pine Key have yet to return to assess the damage and see how the animals fared. Along with others in Monroe County, they were subject to an evacuation order, but will return once they get the green light.

Jeffrey Fleming, a spokesperson for the FWS Southeast Region in Atlanta, says the refuge opted to leave the animals in their environment....

The Keys are home to more than two dozen threatened or endangered plant and animal species, including Bartram’s hairstreak butterfly and the Lower Keys marsh rabbit. Fleming says FWS staff will be looking to see how all of them fared as soon as his colleagues can return to the islands.