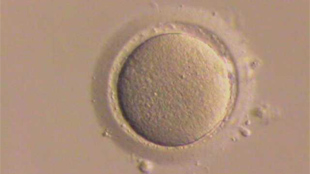 For more than half a century, textbooks have stated that women and other female mammals are born with all the eggs, or oocytes, they will ever have. This supply gradually shrinks with age, and ovaries are incapable of producing more of these reproductive cells.

This dogma has taken a pounding in recent years, however. Starting in 2004, Ji Wu of Shanghai Jiao Tong University in China and Jonathan Tilly of Massachusetts General Hospital isolated stem cells from the ovaries of mice, which could apparently divide to produce fresh oocytes. And earlier this year, Tilly announced that he has found cells with the same qualities, known as oogonial stem cells (OSCs), in the ovaries of middle-aged women.

These discoveries promised to offer new treatments for fertility, allowing women to have babies without worrying about an ageing supply of eggs. But as with...

Now, a new study from researchers at the University of Gothenburg is likely to fuel the controversy. Kui Liu and his colleagues used fluorescing proteins to identify the alleged egg-producing stem cells in the ovaries of mice, and found that the cells do not divide into oocytes. They published their results today (July 9) in the Proceedings of the National Academy of Sciences.

The reaction to Liu’s study is strongly divided. Patricia Hunt, a reproductive biologist from Washington State University, described it as “solid and informative.” “For those of us who have remained skeptical about the existence or role of stem cells in the ovary, this approach is a most welcome addition to the field,” she said.

“I took a close look at this and the work is fantastic,” agreed David Albertini, a physiologist from the University of Kansas. “It should put previous discussions into perspective. At least in mice, OSCs do not exist.”

But Evelyn Telfer, a cell biologist from the University of Edinburgh, is less impressed, and said that Liu “missed the opportunity to obtain robust experimental evidence.” Because Liu used completely new methods, it is unclear how the cells he identified compare with those from previous studies. “We are left with more questions than answers,” said Telfer.

When Liu first saw the papers by Wu and Tilly, he was more excited than sceptical. “My first impulse was: I want to repeat this,” he said. But he was troubled by the fact that both Wu and Tilly’s teams fished for their cells using antibodies that recognize DDX4, a protein found in reproductive stem cells. But DDX4 is not a surface protein, Liu said, and is mainly found inside cells. The fishing technique should not have worked.

To avoid this problem, Liu’s members Hua Zhang and Wenjing Zheng worked with “rainbow” mice, whose reproductive cells glow green under normal conditions, but change to red, orange, or blue if they switch on the Ddx4 gene. Zhang and Zheng identified several such cells and watched them for 72 hours. They never once divided or produced oocytes. The duo did find some cells that looked like oocytes, but these did not express Ddx4.

Tilly has a simple explanation for the apparently contradictory results: he thinks that Liu’s team was looking at oocytes, not stem cells. Contrary to Liu’s claims, Tilly asserts that DDX4 is found on the surface of some reproductive cells—specifically, the stem cells that he and Wu had previously found. By looking for all cells that switch on Ddx4, regardless of where the resultant protein is located, Liu ended up identifying a lot of oocytes instead, where DDX4 is inside the cell. Telfer agrees. “They cells that they are looking at appear to be immature oocytes, so will never divide,” she said.

One thing is for certain: more research is needed, said Holly LaVoie, a cell biologist from the University of South Carolina School of Medicine “I think we need to be very cautious with drawing conclusions about the existence, or lack of existence, of ovarian stem cells from a single study,” she said. “The study will prod other investigators to provide further evidence.”

Tilly is not concerned. “Other labs have repeated [our] procedures with success to obtain germline cells from adult ovaries that proliferate just fine,” he said. “I am worried, though, about this paper muddying a field that is already the subject of controversy. It’s just not a well-conducted study.”

Liu counters that exaggerated claims based on the allegedly dogma-shaking research had given false hope to people with fertility problems. “I got phone calls from patients who said, ‘Can you take my stem cells and help me?’ …We have to be extremely cautious before claiming that we’ve found these cells when very few labs have reproduced these results.”