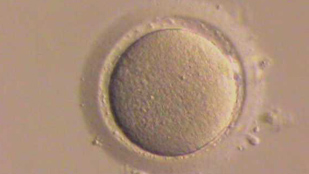 In recent years, work in mice identifying ovarian stem cells has been chipping away at the dogma that mammals are born with a full complement of eggs in their ovaries. Now researchers from Harvard Medical School report a similar population of cells in ovaries from adult women, which can generate oocytes in vitro and in xenografted follicles.

If replicated, the findings, published yesterday (February 26) in Nature Medicine, could have far-reaching implications for fertility treatments.

“These are exciting findings,” said Hugh Taylor, who studies the genetic basis of endometriosis at Yale University and was not involved in the study. They suggest that one day scientists may be able to turn off the biological clock, allowing women to delay pregnancy without worrying about “aging eggs,” Taylor explained, which would “do more for women than the birth control pill.”

It was a long-standing assumption that ovaries, unlike testes, do not...

But whether these results would translate to humans remained unclear.

To find stem cells in human ovaries, Tilly and his colleagues used a process they had perfected in mice—purifying mouse ovarian stem cells (OSCs) using antibodies to a marker, Dxd4, and flow cytometry-based sorting—and applied it to human ovarian tissue, sorting cells based on the human homolog DDX4. Sure enough, the sorting technique revealed the presence of OSCs in human tissue. “On the first sort, bang! The cells popped out just like mouse cells,” Tilly said.

“We also detected haploid cells, with only one set of chromosomes,” noted Tilly—suggesting that the stem cells had undergone meiosis, a process unique to germ cells.

But potential for in vitro oogenesis did not answer the question of how OSCs might be working inside an ovary. To look at this question more closely, Tilly transduced mouse OSCs with GFP, and transplanted them back into mouse ovaries, causing the OSCs to produce green oocytes. The scientists prompted the mice to ovulate using hormone injections, harvested the eggs, and fertilized them in vitro. Eight out of 23 embryos generated glowed green, suggesting the eggs were indeed derived from the OSCs.

Similarly, human OSCs, collected from healthy ovaries of women between the ages of 22 and 33 undergoing gender reassignment, could also be transduced with GFP and xenografted onto immunocompromised mice. The result: GFP-positive oocytes.

While the results provide the first good evidence that women may produce eggs into adulthood, not everyone is ready to begin modeling the ovary after the testes. Fari Izadyar, a reproductive biologist at PrimeGen who contributed to the research isolating stem cells from the ovary, quibbles with Tilly’s assertion that the OSCs he’s isolated are “mitotically active.” Izadyar is not sure the cells are dividing at all, let alone continually replenishing the oocyte pool.

“No data in the paper supports that argument,” said Izadyar, who thinks it more likely the OSCs lie dormant and quiet, rather than spending their time churning out new oocytes. Other groups have tried to find such dividing cells in adult ovaries but come up empty, he explained. Izadyar would also like to know more about where OSCs are located in ovaries, which could hint at the role they play.

Taylor, too, would like to know more about the “exact role” of OSCs. Though it’s tempting to envision a pool of never-ending oocytes, women still undergo menopause, Taylor said. It’s possible that OSCs act to preserve old egg cells rather than generate new ones.

However, OSCs may prove a great opportunity for both clinical application and basic research, Izadyar said. Whether human OSC-generated eggs can be matured and fertilized will be difficult to ascertain, in part due to ethical considerations, he said, but the discovery of human OSCs could allow scientists to recreate egg cell generation and maturation. This process has never been completed in vitro, and could help scientists devise fertility therapies beyond OSCs themselves.

Oocyte maturation is a next step that Tilly’s group is busy working to illuminate. Collaborating with Evelyn Telfer at the University of Edinburgh in the United Kingdom, where regulations permit limited egg fertilization for scientific research, Tilly hopes to link his technique for generating immature oocytes with her strategy to mature them.

Tilly also wants to extend these findings to ovarian tissue from older women. Rather than using OSCs to produce eggs, Tilly hopes one day to “energize” a woman’s failing eggs using mitochondria from the her own OSCs—amping up her eggs without introducing new genetic material.

“I don’t want to give false hope,” Tilly said, cautioning that his studies are just beginning, but at least now these studies “have gotten out of the realm of the mouse.”