In addition to causing a hole in the ozone layer above Antarctica, ozone-depleting substances are responsible for half of all Arctic warming between 1955 and 2005, according to a paper published yesterday (January 20) in Nature Climate Change. The findings may help explain why the Arctic is warming at a much faster rate than the rest of the planet, an observation that has long baffled scientists.

Ozone-depleting substances (ODS) are manmade chemicals such as chlorofluorocarbons (CFCs) that first widely emerged in the 1920s for use in refrigerants, aerosol propellants, and solvents. In the early 1980s, scientists became aware that these substances were responsible for the damage to the ozone layer. By 1989, under the Montreal Protocol, the products had been globally banned from use.

Because the Arctic is losing ice at a worrying pace, the researchers sought to find why the area is warming so much faster than any other region on the planet. The team came to its conclusion based on two models of global climate change developed at the US National Center for Atmospheric Research, one that included the role of ODS and one that omitted it. With ODS factored in, Arctic temperatures rose 1.59 °C. Without, they only warmed half as much, by 0.82 °C. Comparatively, the model indicated global temperatures increased 0.59 °C with ODS and 0.39 °C without. The researchers concluded that ODS greatly exacerbated Arctic warming for half a century, though the exact mechanism for why it is affected so disproportionately is not understood.

“It is a further reason to ensure that countries adhere fully to the Montreal Protocol,” Martyn Chipperfield of the University of Leeds who was not involved in the study tells Newsweek. “It also shows the potential large impact of so-called minor gases with small abundances, whether they deplete ozone or not, for example some compounds currently being used to replace chlorofluorocarbons. These gases need to be considered in the same way.”

While the ODS phase-out began 30 years ago, it takes a very long time for the chemicals to dissipate. The ozone will still be affected by the substances for several decades to come, but the fact that they are declining provides a glimmer of hope for the Arctic.

“Climate mitigation is in action as we speak because these substances are decreasing in the atmosphere, thanks to the Montreal Protocol,” lead author Lorenzo Polvani of Columbia University explains in a statement. “In the coming decades, they will contribute less and less to global warming. It’s a good-news story.” 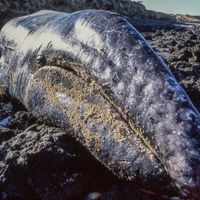