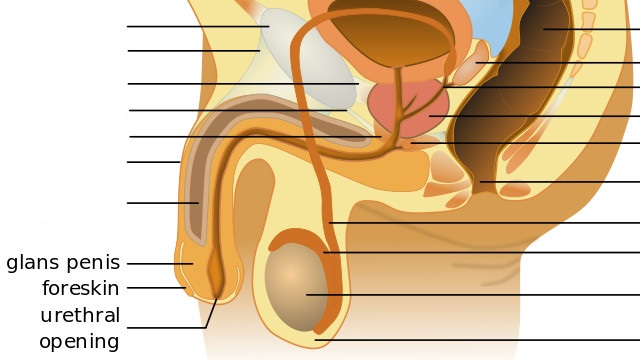 Much like the vaginal microbiome differs among women and changes over time, the penis is home to a variety of bacteria that vary with a man’s age, sexual activities, and whether he is circumcised, among other things. And it’s not just the skin that envelops the male sexual organ that’s inhabited by microbes: researchers continue to identify bacteria that dwell within the urogenital tract, a site once considered sterile in the absence of infection.

David Nelson, an associate professor of microbiology and immunology at Indiana University in Bloomington, was investigating Chlamydia infections when he and his colleagues found evidence to suggest that the sexually transmitted pathogens in the urogenital tract were obtaining metabolites from other microbes. “There was a signature in the chlamydial genome that suggested this organism might be interacting with other microorganisms,” said Nelson. “That’s what initially piqued our interest. And when we went in...

The researchers found that some men pass urine containing a variety of lactobacilli and streptococci species, whereas others have more anaerobes, like Prevotella and Fusobacterium. In terms of overall composition, “we see a lot of parallels to the gut,” said Nelson, noting that there doesn’t seem to be a standout formula for a “healthy” urogenital tract. Commensal microbes within the urethra could make a man more susceptible to infection by supporting colonization by pathogens like Chlamydia, whereas bacteria that consume the environment’s nutrients could help prevent it. “We just don’t know at this point,” said Nelson.

“The penis is understudied,” agreed Deborah Anderson, a professor of obstetrics, gynecology, and microbiology at the Boston University School of Medicine. “There could be a very interesting story there, but we haven’t really done the proper research.”

To date, circumcision is the known largest influence on the composition of the penis microbiome. In a 2010 PLOS ONE paper, Lance Price of the Translational Genomics Research Institute in Phoenix, Arizona, and his colleagues showed that the bacteria that colonized the base of the penis’s tip, or glans, varied before and after circumcision. More specifically, the researchers found fewer anaerobic bacteria within six months after the men in a study were circumcised. Last April, the team confirmed its finding in a larger cohort and published the results in mBio. “It really appears that [the penis microbiome] depends really on whether you’re circumcised or uncircumcised—different organisms dominate,” said Price.

“Men who are uncircumcised have significantly more bacteria on their penis, and the types of bacteria are also very different,” explained Price’s collaborator Cindy Liu, a research pathologist at Johns Hopkins Medicine in Baltimore. “They have a number of different anaerobic species.”

The implications of these findings for men’s health, however, remain unclear. Because such microbes have been implicated in the spread of HIV and other sexually transmitted diseases, the researchers suggested that circumcision might help curb infections, although this has yet to be shown.

Some of the anaerobes commonly found on the uncircumcised penis and on occasion inside the male urogenital tract are the same species associated with bacterial vaginosis (BV) in women, said Liu, lending support to the idea that male and female sexual partners share genital microbiota.

“Cindy [Liu]’s finding that uncircumcised men had more of these BV bugs is consistent with the epidemiologic investigation that showed that the partners of men who are circumcised have less BV,” said Price.

Anderson and her colleagues have found similar results. “One hypothesis is that the male microbiome might reflect or be related to [his] partner’s microbiome,” she said.

Because sex appears to play a key role in the composition of the penis microbiome, researchers hope to sample men of all ages and with diverse patterns of sexual activity, including those who are not yet sexually active. One challenge to such research, however, is “getting consent of people prior to initiation of sexual activity,” said Nelson.

Another challenge is how few bacteria can be found in some samples. “As compared with the GI tract or the mouth or the vagina, there’s much less bacteria [in and on the penis], so what we’ve had to do is modify our methods to maximize DNA isolation while minimizing contamination,” said Price.