Children who have developed dengue immunity from a previous infection appear to be protected from getting sick from Zika, according to a study published yesterday (January 22) in PLOS Medicine.

The two viruses are closely related and the researchers reasoned that immunity to one may change susceptibility to the other.

The scientists looked at data from children collected from the 2016 Zika epidemic in Managua, Nicaragua. They followed roughly 3,700 children between two and 14 years old, focusing on those whose history with dengue was known.

Kids who previously had dengue were 38 percent less likely to show Zika symptoms when infected than those who hadn’t had dengue, Scientific American reports. “It didn’t protect them from getting infected, but if they got infected, they were less likely to get sick,” study coauthor Aubree Gordon of the University of Michigan tells Scientific American.

The study was designed to look at whether cross-protection exists for these diseases, but it doesn’t give any details about how that protection comes about, coauthor Lionel Gresh, a molecular biologist currently at the Pan American Health Organization, tells Scientific American.

“He suspects preexisting antibodies could be neutralizing the virus, and the immune system’s memory T cells that recognize the closely related dengue could be offering protection against Zika,” according to Scientific American.

The two viruses are both from the Flavivirus genus and are spread by Aedes aegypti mosquitoes. This study further supports the idea that Zika and dengue have some sort of immune interaction. 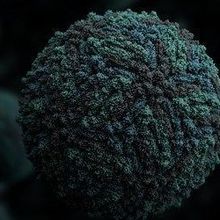