ABOVE: Passengers wait in a train station in Wuhan in 2012
© ISTOCK.COM, HU-JUN

China’s National Health Commission said today (January 21) that the number of confirmed infections of a newly identified coronavirus has risen to 291 in the country, the Associated Press reports, and six people have died from the pneumonia-like illness it causes. Chinese officials now say that confirmed cases of person-to-person transmission of the virus have taken place.

Meanwhile, cases of infection with the virus, known as 2019-nCoV, have also been reported in travelers from China to other countries, including Japan and Thailand, and the US Centers for Disease Control announced a case in Washington state. The flurry of news comes at the start of the world’s largest human migration, in which millions of people travel across China to spend Lunar New Year, also known as Spring Festival or Chinese New Year, with their families.

“The outbreak is at a critical stage, and we estimate an increasing number of infections during the 40 days of Spring Festival travel rush,” respiratory disease specialist Zhong Nanshan tells The Washington Post. Zhong, who is known for discovering the SARS virus that originated in southern China in the early 2000s, leads an expert group at China’s National Health Commission.

The first instances of the viral infection had been linked to a seafood market in the city of Wuhan that is now closed. Chinese officials had previously said that the virus did not appear to spread person-to-person but Zhong said late Monday on Chinese state television that two people in Guangdong Province, China, who had not visited Wuhan had contracted the virus through contact with another person, the AP reports.

See “One Dead in Pneumonia Outbreak from New Coronavirus in China”

“The sudden spike in cases is disconcerting, but not entirely unexpected,” infectious disease researcher Adam Kamradt-Scott of the University of Sydney tells Science. The publicity given to the outbreak encourages both patients and doctors to be on the lookout for the disease, driving the number of diagnoses up, he explains. “If we continue to see this trend continue over the next week where there are 50 to 100 new cases every day, then that would be cause for further concern.”

An estimate released last week by infectious disease researchers at Imperial College London suggests that the true number of cases could be much higher than that released by the National Health Commission. Based on the number of diagnoses in East Asian countries and other information, the group calculated that between 427 and 4,471 people in Wuhan would have experienced symptoms of the illness as of January 12.

The World Health Organization will convene an expert panel tomorrow to discuss whether to declare 2019-nCoV a global health emergency, STAT reports.

Gabriel Leung, dean of medicine at the University of Hong Kong, said in a news briefing that Chinese authorities’ response to the outbreak has been much quicker than it was to SARS, which ultimately killed more than 700 people. “Our underlying assumptions are the force of infection is very different now . . . because so many public health measures have been undertaken and so many interventions have been executed,” Leung said in comments reported by the AP. He added that modeling shows the number of new cases will continue to multiply over the coming weeks but that the outbreak will gradually fade as containment measures take effect.

One Wuhan resident tells the wire service that despite the news, disruption to daily life in the city has been minimal. “Maybe people from other places are more concerned about our health, but (Wuhan) locals actually are continuing to eat, go out and take strolls, go clubbing at night,” Helen Cao says. “Everything’s very normal, everyone’s just wearing masks, nothing more.” 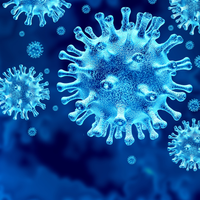