A pesticide used to control aphids and whiteflies called flupyradifurone, sold commercially as Sivanto, harms or even kills honey bees (Apis mellifera) when exposed to low doses in combination with a fungicide, according to the results of laboratory experiments published on April 10 in the Proceedings of the Royal Society B. The researchers find that when honey bees encounter both FPF and a commonly used fungicide, propiconazole (PRO), the effects are worse than FPF alone.

“We demonstrate for the first time that the combination of two chemicals can cause synergistic effects on behavior of pollinators,” says coauthor Simone Tosi of the French Agency for Food, Environmental and Occupational Health and Safety.

Bayer, the producer of FPF, says that the compound is safe for bees. Its website states that FPF “targets key damaging pests while helping safeguard...

Scientists are concerned about the safety of FPF because, although it falls under a different classification of pesticide, it is similar to neonicotinoids, a class of compounds that affect the central nervous system of insects. “So it’s not being called a neonicotinoid, although the chemistry and the fact that it’s systemic, that it can get into pollen and nectar, that it’s highly water soluble, is very similar to the neonicotinoids,” says Vera Krischik, who studies bumble beesat the University of Minnesota and was not involved in the study.

There has been growing evidence . . . that fungicides may actually be having a much more pronounced effect than we first thought

For this latest work, the team put bees in cages and exposed them to six dosage levels of FPF ranging from 375 to 12,000 ng per bee. In the trials of both FPF and PRO, they exposed bees to a single 7,000-ng dose of PRO. The researchers measured survival after up to 48 hours and observed the bees’ behavior for up to four hours. Bees exposed to FPF alone could tolerate higher doses before half of them died than when bees experienced both FPF and PRO together. For instance, forager bees could endure up to 1,869 ng of FPF until they reached the 50 percent mortality point, whereas that level dropped to 353 ng when combined with PRO.

In the real world, bees near treated crops typically encounter levels of FPF around 750 ng on the high end and varying levels of PRO, which on its own does not affect bee survival.

While FPF is approved in the European Union and in the US, neonicotinoids were banned in the EU in 2018. Although President Donald Trump’s administration eased restrictions on neonicotinoids’ use last year, pesticide makers have agreed to discontinue them in a voluntary ban and the Environmental Protection Agency will release official reviews for several chemicals this year.

“With neonicotinoids being the old class of pesticides on their way out, there has been this kind of onslaught of new chemicals that are supposed to be safe replacements for neonicotinoids,” says Amro Zayed of York University who was not involved with the study. His team’s work published in Science in 2017 found similar synergistic effects of neonicotinoids and fungicides on honey bees as this latest study on FPF has found. 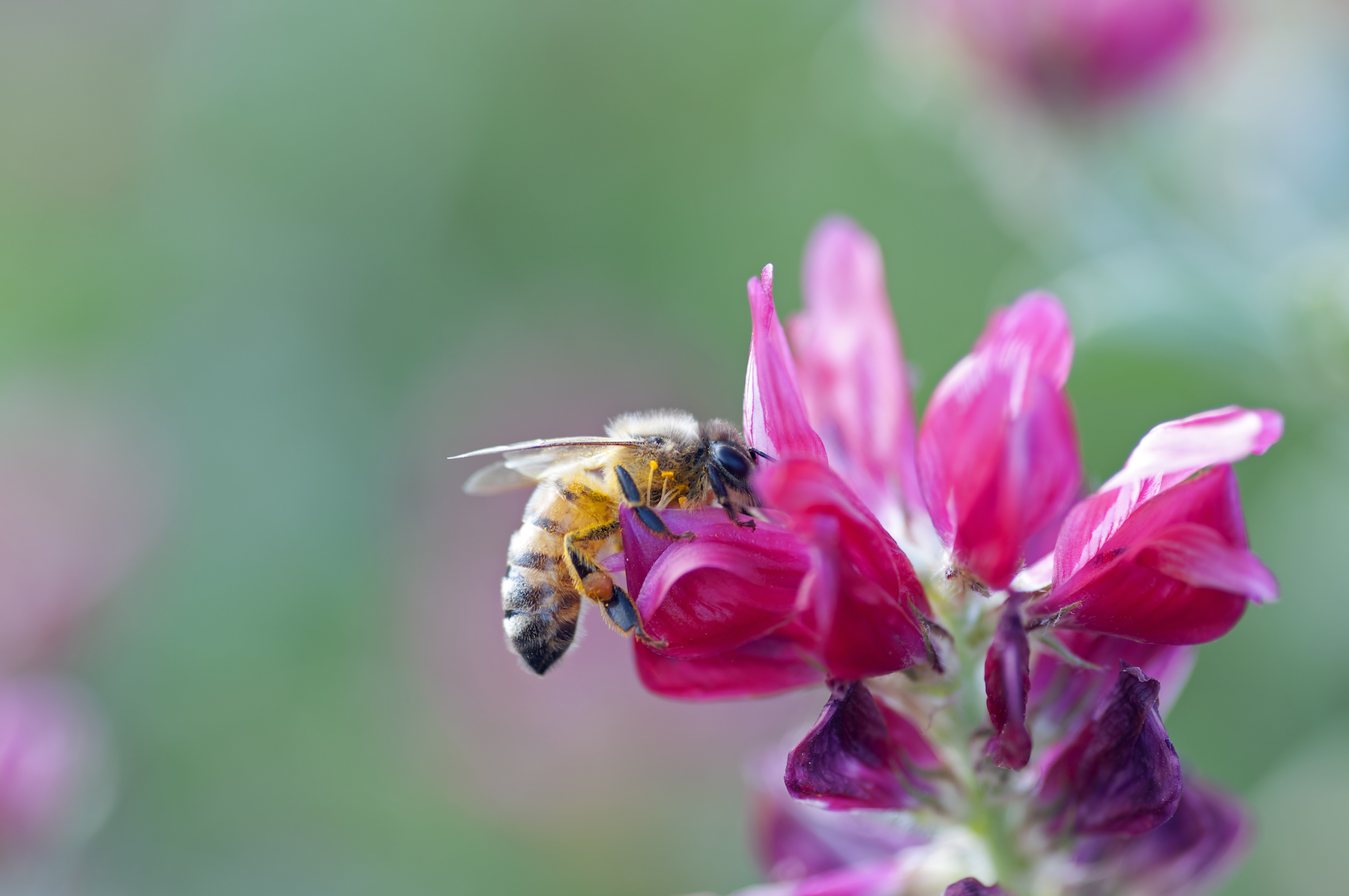 In a statement sent to The Scientist, Bayer says that the findings observed in this study are “well known to us.” The company states that the “sublethal effects observed in individual bees do not necessarily cause adverse effects to honeybee colonies under realistic conditions.” The statement also points out that Bayer makes its safety studies openly available. The company experiments found the lethal dose threshold for 50 percent of exposed bees to be 1,300 ng after 24 hours and 1,200 ng after 48 hours.

But standard protocols for risk assessment of pesticides expose bees to one stressor at a time, sources tell The Scientist. “You could have a good idea of the effect of a pesticide,” says Tosi, “but miss all the field-relevant interactions because bees in the environment are not exposed to one single pesticide at a single time.”

Because honey bees are social, hives contain thousands of individuals. Although lethal effects could kill individual bees, sublethal effects may affect the colony on the whole. “And sometimes pesticides could not outright kill bees, but modify their behavior that makes the colony weaker,” says Zayed. The worker bees have many different roles such as feeding larvae, tending to the queen, and foraging for food, and a change in behavior could affect normal functioning of the colony.

The authors of the study and sources who spoke to The Scientiststress that it’s the synergistic effect with the fungicide that is important for bee health. “There has been growing evidence . . . that fungicides may actually be having a much more pronounced effect than we first thought,” says Dennis vanEngelsdorp of the University of Maryland who was not involved with the study but has collaborated with Tosi on other projects. “We’re seeing that it’s the presence of fungicides . . . that may cause some of these long-term sublethal effects.”