People who became infected with SARS-CoV-2 after receiving one dose of Pfizer’s COVID-19 vaccine harbored about four times less virus than did unvaccinated people who caught the virus, according to preliminary results posted to the preprint server medRxiv on February 8.

Several COVID-19 vaccines, including Pfizer’s version, are about 95 percent effective in preventing disease. But there’s less known about whether vaccinated individuals can still transmit the SARS-CoV-2 virus to others.

In the study, which has not yet undergone peer review, researchers in Israel measured the viral loads in 2,897 unvaccinated people and in 2,897 age- and sex-matched people who had received their first of two doses of the Pfizer vaccine. The authors conclude in their report that “viral load is reduced 4-fold for infections occurring 12–28 days after the first dose of vaccine. These reduced viral loads hint to lower infectiousness, further contributing to vaccine impact on virus spread.”

Viral abundance could drop further after the vaccine’s second dose, Cyrille Cohen, a vaccine expert at Bar-Ilan University who advises Israel’s health ministry on COVID-19 vaccines and wasn’t involved with the study, tells The Times of Israel. “This is a game-changer to some extent,” he says. “After all, transmissibility after the vaccine has been one of the most important questions we are asking ourselves.”

Israel’s rollout of the Pfizer vaccine is among the most effective COVID-19 vaccination programs in the world, according to Reuters. The country started its vaccine drive, which initially targeted older and at-risk groups, on December 19. Since then, more than half of its eligible population—about 3.5 million people—have received one or both doses.

Already, some results from Israel’s vaccination efforts have emerged, Reuters reports. In people aged over 60—the group prioritized for vaccinations—there was a 53 percent drop in new cases between January 16 and February 6. Hospitalization and severe cases have also declined by more than 30 percent in this age group. In those aged younger than 60—who became eligible for the vaccine later—there was a 20 percent reduction in new cases during the same period, but hospitalizations and severe cases rose by 15 and 29 percent, respectively. Reuters did not provide an explanation for opposing trends in the younger group.

Pfizer’s vaccine appears to retain its 90–95 percent effectiveness against the highly transmissible B.1.1.7 variant, which was first detected in the UK and is rapidly spreading around the world, Hezi Levi, the director-general of the Israeli Health Ministry, tells Reuters. “It’s too early to say anything about the South African variant.”

See “Vaccines Versus the Mutants” 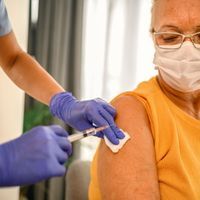 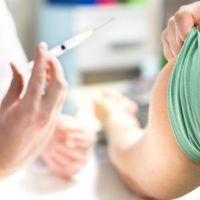