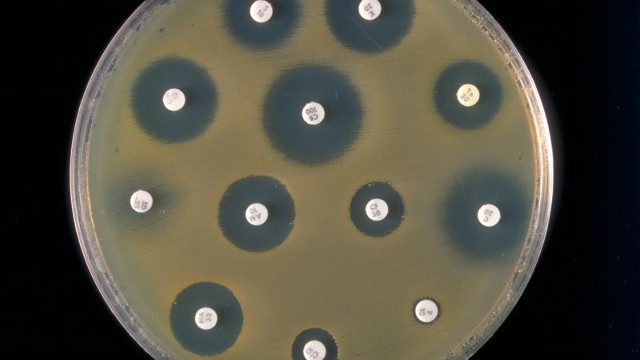 WIKIMEDIA, CDC/JJ FARMERViromes from a variety of environments harbor antibiotic resistance genes, according to a study published last month (November 24) in Environmental Pollution. The results suggest that bacteriophages—viruses that infect bacteria—may play a role in the transfer of genes that confer drug resistance to bacteria.

The study makes “a pretty strong case that antibiotic resistance genes really do exist in the virome,” said Andrew Singer of the UK Natural Environmental Research Council’s Centre for Ecology & Hydrology, who was not involved in the work.

“Any sort of research that can get us to learn more about the mechanisms of resistance is important,” microbiologist Maite Muniesa of the University of Barcelona, Spain, who did not participate in the study, told The Scientist.

Researchers at the University of Girona, Spain, scanned 33 viromes from raw sewage, human feces, pig feces, and marine and freshwater environments for evidence...

“Our study shows that the environment is a vast reservoir of phages, and most of them harbor ARGs [antibiotic resistance genes],” coauthor José Balcázar of the Catalan Institute for Water Research in Spain, wrote in an email to The Scientist.

Balcázar and colleagues excluded some of their virome data because of bacterial DNA contamination. In an email to The Scientist, Balcázar also highlighted the need for a more in-depth look at the low number of resistance genes his team found in human-associated viromes. “A higher number of samples will be required to confirm these observations,” he wrote.

Muniesa hypothesized that the virome plays a larger role in antibiotic resistance gene transfer in environments outside of clinical settings, which would be consistent with the virtual lack of resistance genes observed in human viromes. Additional research toward understanding these environmental differences is essential, she said, so that appropriate barriers can be put in place to minimize the spread of resistance.

Questions around the mechanisms phages use to move resistance genes between bacteria and how important a role phages may play in gene transfer will drive future studies, Balcázar said.

Intact phages could be moving these genes around, Muniesa said, but it is also possible that bacteria have co-opted phage capsid proteins in order to have another way of transferring resistance genes to other bacteria.

Phage-mediated movement of genes that confer resistance may not be “the primary mechanism by which mobile genetic elements transfer antibiotic resistance,” said Singer. “If it is a primary mechanism, then we have our work cut out for us.” Either way, he added, “it’s too big of a problem to ignore.”