As a somber reminder of the plastic contamination crisis that faces our oceans, scientists found that hard corals frequently consume pieces of plastic because it “tastes” good to them. 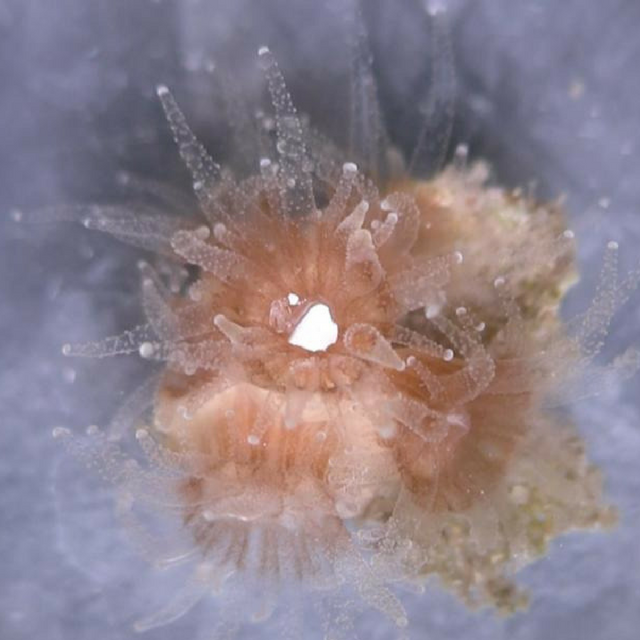 Scientists used a dissection microscope to get a glimpse of the delicate developing skeleton of a third-trimester fruit bat. 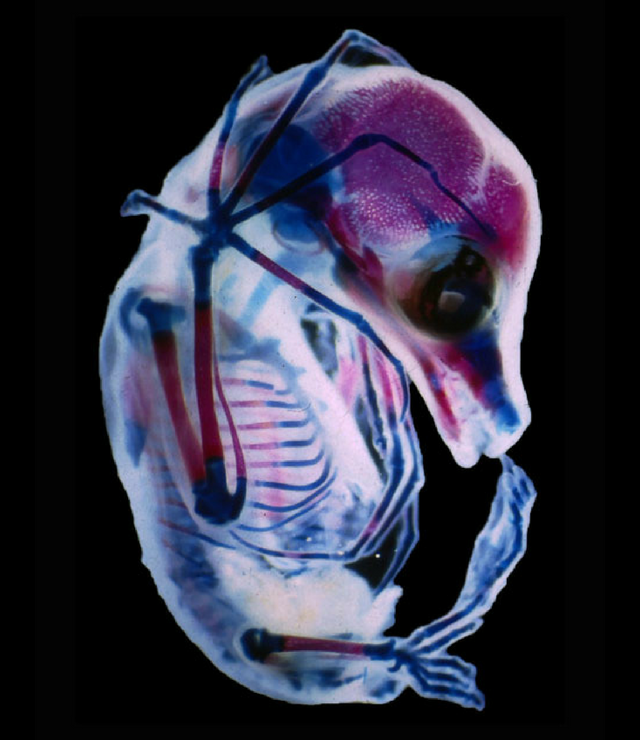 One hundred million years ago, a dinosaur might have brushed this prehistoric flower into a pool of tree resin, scientists believe, creating an artistic fossil preserved in amber. 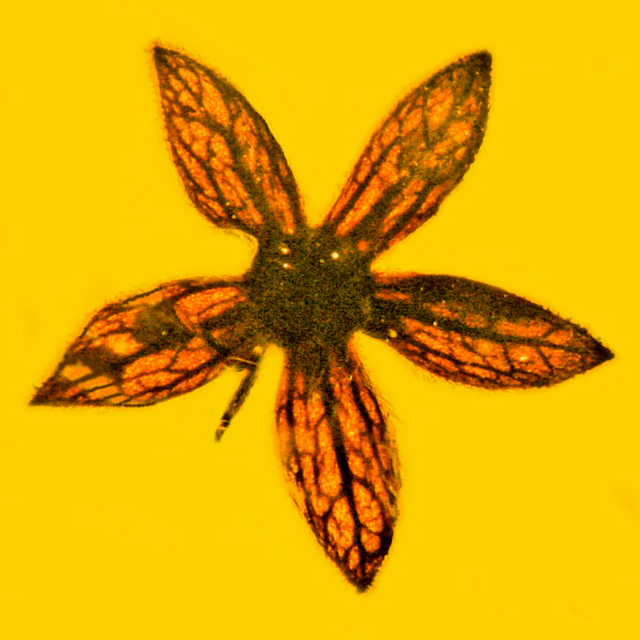 The southern bobtail squid Euprymna tasmanica can glow in the dark and shimmer during the day thanks... 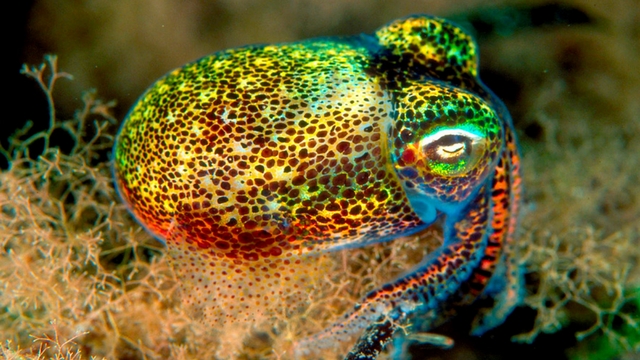 In the lab, therapeutic antibodies are being engineered to flag cancer cells (orange) for destruction by macrophages (blue) 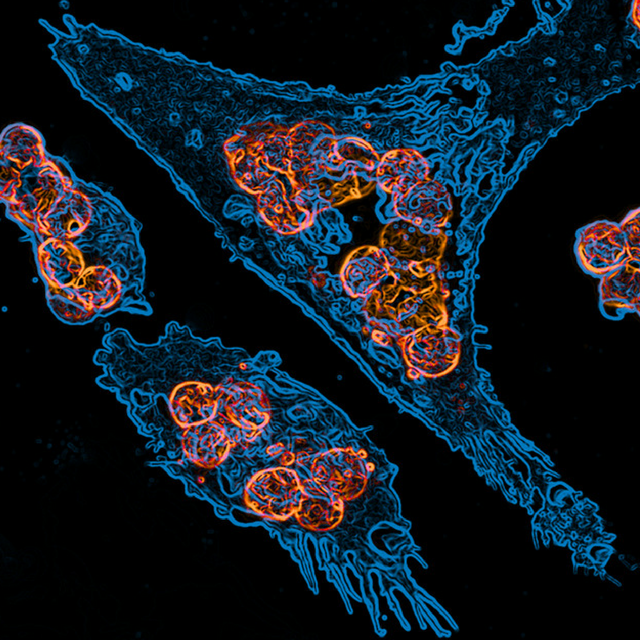 Heart on your sleeve

In the jungle of Amazonian Ecudaor, scientists discovered a new glass frog species, Hyalinobatrachium yaku, which is so transparent its heart is visible from below. 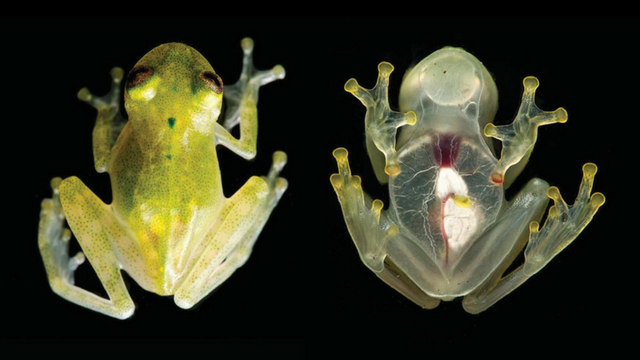 A combination of magnetic resonance imaging and diffusion-weighted tractography creates a detailed image of the small neural fibers that reside in the mouse brain. 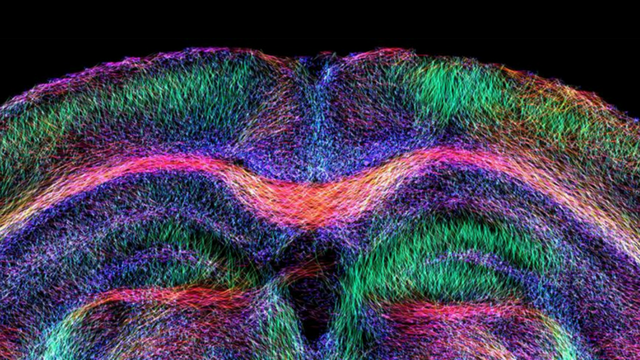 A coronal section of a mouse brain depicting the hippocampus, visualized by diffusion-weighted tractographyNIELS SCHWADERLAPP, DEPARTMENT OF RADIOLOGY, MEDICAL PHYSICS 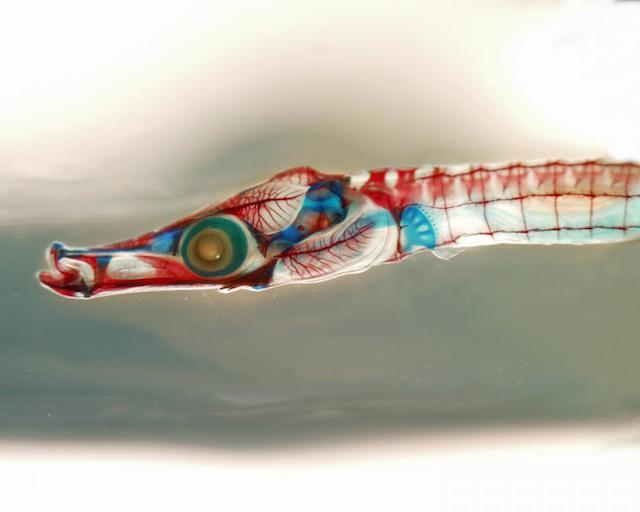 In tribute to the adaptability of life, scientists found that Daphnia pulex can quickly evolve tolerance to road deicing salt when it contaminates its freshwater habitat. 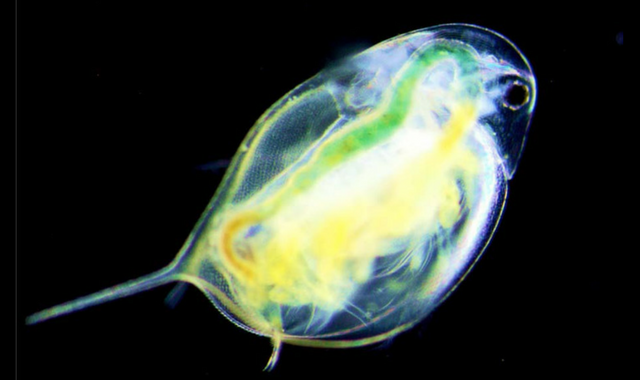