Need another reason to ditch straws? A study published yesterday (August 1) in PLOS ONE reports that plastics—ranging from construction materials to plastic bags—release the greenhouse gases methane and ethylene after being exposed to sunlight and beginning to degrade.

“Our results show that plastics represent a heretofore unrecognized source of climate-relevant trace gases that are expected to increase as more plastic is produced and accumulated in the environment,” the study authors write in their paper.

The researchers, all based at the University of Hawai‘i at Manoa, tested the emissions of seven types of plastics as they degraded: polyethylene terephthalate, polycarbonate, high-density polyethylene and low-density polyethylene (LDPE), acrylic, polypropylene, and polystyrene. All gave off methane and ethylene in the days after being exposed to sunlight, they found, but polyethylene, which is used to make plastic bags, was the worst offender.

Jennifer Provencher, a plastic pollution researcher at Acadia University in Canada who was not involved in the work, tells Reuters that the results pointed to “another piece of evidence suggesting that losing plastic to the environment is not good.”

The authors note that plastics degradation has not been accounted for in climate change research. “Based on the rates measured in this study and the amount of plastic produced worldwide CH4 [methane] production by plastics is likely to be an insignificant component of the global CH4 budget,” they write. “However, for the other hydrocarbon gases with much lower global emissions to the atmosphere compared to CH4, the production from the plastics might have more environmental and global relevance.” 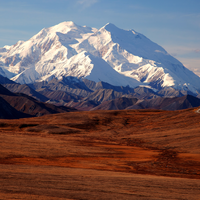