The principal investigator in a lab is often thought of as a graduate student’s primary mentor, but a new study suggests that postdocs play an even more important advising role. Researchers led by David Feldon at Utah State University studied 336 grad students in the biological sciences from 53 US universities over four years and found a positive link between the students’ skill development growth and the engagement of postdocs and more senior students in lab discussions, reports Inside Higher Ed. The study, which was published in PNAS September 30, didn’t find the same association regarding faculty.

Although postdocs do not typically have formal mentorship roles, they seem to play an important role in helping grad students develop a scientific skillset. In labs where postdocs actively participated in lab discussions, students were five times more likely to have annual skill development growth, based on the authors’ assessments of 12 research skills analyzed from students’ writing samples. PI or faculty mentorship did not predict how much grad students’ abilities changed from year to year.

“As a faculty member and PI myself, I was somewhat surprised,” Feldon tells Chemistry World. “I did assume that postdocs and other senior peers would have an effect, but I didn’t think it would be completely exclusive of faculty impact.”

Josipa Roksa, a sociologist at the University of Virginia and a coauthor of the study, stresses that the research is not about pitting PIs against postdocs, telling Inside Higher Ed that there are “great postdocs and PIs and not-so-great ones.” Instead, issues such as selecting, training, and rewarding postdocs are structural and “need collective attention at both institutional and national levels,” she says. 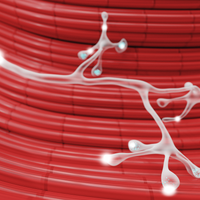