Sequencing can identify mutations linked to autism even before a child’s birth—especially in cases where doctors suspect problems, two new studies suggest.

In the studies, scientists sequenced fetal DNA only when ultrasounds revealed atypical development of limbs or other organs, and they gave families only the results that seemed to explain those problems

But there is a real risk that others might use the technique to test for mutations in any fetus—and to relay all the results to parents—without proper oversight, says Ronald Wapner, professor of obstetrics and gynecology at the Columbia Institute for Genomic Medicine, who led one of the studies.

“Not everybody should be doing this; it should be in the hands of people that have expertise,” he says.

Other types of analyses already detect mutations in a fetus: Some detect large DNA segments that are swapped between chromosomes, and others can pick up on missing or duplicated copies of DNA fragments.

The new studies are among the first to scan for mutations across the fetal exome—essentially, the collection of genes in a genome.

The field is fraught with ethical questions, including whether parents might choose to terminate a pregnancy based on the results. But the researchers note that most of the mutations they found pose serious health risks, which could be treated at birth or in utero.

“I think a lot of people have the misconception that these tests are done to decide whether or not to end a pregnancy,” says Christa Lese Martin, director of the Autism and Developmental Medicine Institute at Geisinger in Lewisburg, Pennsylvania, who was not involved in the studies. “To me, it’s giving information to the families and physicians so they can plan for the whole pregnancy, the birth, and best identify the family’s needs and the baby’s needs.”

Wapner’s team studied 234 fetuses with anomalies detectable on an ultrasound, such as shortened limbs, excess brain fluid, or a misshapen kidney. Standard genetic testing had offered no explanation for the ultrasound findings.

In most cases, the researchers sequenced the fetal exomes from cells in the amniotic fluid, umbilical cord blood, or placenta; in other cases they collected DNA after birth. In 24 cases, they found a mutation that explained the ultrasound anomaly.

In the second study, researchers recruited 610 pregnant women from 34 clinics across the United Kingdom. They sequenced 1,628 genes associated with developmental delay and turned up mutations linked to ultrasound findings in 52 fetuses. They reported these results to parents only after birth.

Together, the two studies, which both appeared in February in TheLancet, identified mutations in 15 fetuses in one of nine autism genes, including TSC2, ANKRD11, and SCN2A. They also uncovered new connections between these genes and anatomical problems. For example, Wapner’s team found a known harmful mutation in SCN2A in a fetus that had excess brain fluid, a link reported once before.

The two studies looked at all women who attended a clinic in a defined period of time. Together, they imply that sequencing can identify a genetic cause for ultrasound abnormalities in roughly 10 percent of cases.

The results suggest prenatal sequencing should be used in the clinic, says Michael Talkowski, associate professor of neurology at Harvard University, who was not involved in the studies. Previous studies of prenatal sequencing were “random and not consistently done,” he says, whereas the new studies provide a more reliable benchmark. Talkowski is working on sequencing the whole fetal genome, which may provide better results, but that work is preliminary.

Using this “cell-free” DNA, researchers sequenced 30 genes associated with severe conditions such as Noonan syndrome, which is related to autism; 14 of the genes have ties to autism. Some problems associated with these conditions, such as heart defects, can be treated before or right after birth.

The researchers identified a mutation in 32 of 422 fetuses; six of the mutations are in one of three genes linked to autism. They have so far confirmed the presence of the mutation in 20 of these cases after birth, they reported in January in Nature Medicine.

This test can be done as early as the ninth week of pregnancy, before most abnormalities are visible on an ultrasound—offering the chance for early intervention, says Jinglan Zhang, who led the study.

Techniques that analyze cell-free DNA reliably detect only three chromosomal abnormalities, Martin says; sequencing may analyze only a few dozen genes and may discourage parents from trying other tests that could provide more informative results.

The American College of Medical Genetics and Genomics has set up guidelines on informing women about the limitations of cell-free tests. However, according to a study in April, companies don’t abide by all these guidelines. 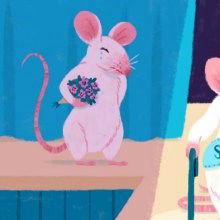