Probotics are a booming business, with sales in the billions of dollars each year and millions of customers in the US alone. Companies claim that the microbial concoctions can help consumers do anything from lose weight to sleep better, but researchers report inconsistent effects on people’s microbiomes.

Two studies published today (September 6) in Cell find individual differences in response to probiotic supplements—with some people resistant to any effects—and varied changes in gut microbes depending on the circumstances. The findings pave the way for the development of personalized probiotics and urge another look at the common practice of taking probiotics after antibiotics.

The experiments for both studies were led by Eran Elinav, an immunologist at the Weizmann Institute of Science in Israel. The microbiome may be equally as important as the human genome for human health, he says. “But in contrast to the human genome, we speculate and hope and believe that we can intervene with the microbiome . . . by administration of probiotics.” Elinav and his team wanted to directly examine the effects of probiotics in mice and humans, in particular, on the gastrointestinal tract in its entirety, to see if probiotics actually colonize the gut.

According to Elinav, most of the studies that have looked into the effects of probiotics used stool samples as a proxy for what is happening in the gut. So to begin, he and his colleagues first contrasted the microbiomes in stool samples of mice and 25 healthy human volunteers to the microbial composition in either biopsies of mice’s gastrointestinal tracts or colonoscopy and endoscopy samples from the human subjects.

“By showing that probiotics may be adversely impacting [people]—even compared to watchful waiting—we’re now questioning the widespread utilization of probiotics” after antibiotic treatment.

They found that the taxa and microbial gene expression in the stool only partially corresponded to those readouts sampled directly from the intestine.

“Solely relying on stool as a proxy for the microbiome is something we all do . . . that at least in some cases may lead to inaccurate conclusions,” says Elinav.

With that in mind, Elinav’s group used colonoscopy and endocscopy samples to explore the effects of probiotics on people’s gut microbiomes.

The authors divided 15 of the paid participants into two groups: 10 individuals received a preparation of 11 microbes that belong to four widely used probiotic families of bacteria and the other five received a placebo for a month. Three weeks into the treatment, the subjects received a second colonoscopy and endoscopy.

Elinav’s group found that six of the treated subjects had higher levels of colonization with the probiotic microbes, whereas the other four remained the same as their baseline. Furthermore, the researchers only found changes in microbial and human gene activity among those whose guts accepted the probiotics. This demonstrated that not everyone is receptive to probiotic consumption.

Just by looking at stool samples, the researchers could not differentiate between the two groups—the responders and the nonresponders—corroborating their earlier findings that stool samples may not always reflect what is happening inside the gut.

Neelendu Dey, a gastroenterologist at the Fred Hutchinson Cancer Research Center and the University of Washington, notes that the studies are in a relatively small number of people, but “to be able to see these differences already is really exciting.”

Dey says it’s intriguing that people were either permissive or resistant to probiotics. “I suspect that with a larger cohort, we may actually see [these differences] as existing as more of a continuum,” he tells The Scientist.

Probiotics versus fecal transplant after antibiotics

In the second study, Elinav and colleagues examined the common practice of taking probiotics after a course of antibiotics. They gave 21 paid volunteers a broad-spectrum antibiotic for a week and then divided the subjects into three groups: seven people received no follow-up treatment, eight consumed the same cocktail of 11 microbes as in the first study, and six underwent a fecal microbiome transplant from their own poop collected before the antibiotics.

All of the participants got colonoscopies and endoscopies after the course of antibiotics treatment and again three weeks later. Those who received the fecal transplants got back to their pre-antibiotic microbial baseline fastest. The control group recovered more slowly, while the volunteers who took probiotics had gastrointestinal colonization by those microbes, rather than their original gut bugs, a state that persisted for at least six months and led to changes in the genes expressed in the subjects’ guts, which, if they persisted long term, could predispose people to allergies and inflammation, according to the authors.

The study “demonstrates how the probiotics recommendation during [and] after antibiotics treatment can affect recovery of the gut microbiome,” Hariom Yadav, who studies the gut microbiome at Wake Forest School of Medicine in North Carolina and did not participate in the work, writes in an email to The Scientist. “The authors did a wonderful job to comprehensively show the sequential changes on mucosal, luminal, and stool microbiome in mice and humans after antibiotic and probiotic treatments.”

Elinav says that some surveys indicate that nearly two-thirds of primary care doctors recommend that their patients take probiotics after completing antibiotics. “By showing that probiotics may be adversely impacting [people]—even compared to watchful waiting—we’re now questioning the widespread utilization of probiotics” after antibiotic treatment, says Elinav. To have evidence to change this recommendation, “one would need to repeat the results,” acknowledges Elinav.

While acknowledging that individual fecal transplants after every course of antibiotics are likely not scalable, he says that it might someday be possible to generate a tailored probiotic designed to help someone reconstitute their microbiome, rather than the one-size-fits all probiotics that are available today.

Gregor Reid, a microbiologist at the University of Western Ontario who did not participate in the studies, questions the results and urges caution in interpreting data from just 15 people. “If people are healthy it may not be a surprise that administration of 11 bacterial strains does not change the microbiota more than placebo,” he writes in an email to The Scientist. “The product they tested is not a probiotic. Unless it has been proven in human studies to confer a health benefit, it is simply a list of bacterial species that likely sound as if they could be probiotic,” he adds, and “following the subjects over time would have made this small study more insightful.” 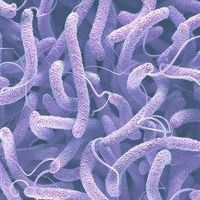