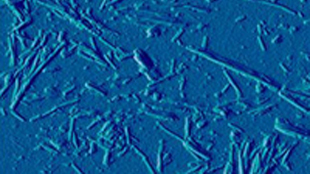 Prions—infectious, misfolded proteins best known for causing mad cow disease—have been the source of contention in the yeast community for years. Some believe the proteins are, at best, rare yeast diseases and, at worst, lab artifacts. Others argue that prions can confer advantageous benefits to their host, helping yeast to adapt to stressful environments.

A paper published this week in Nature adds weight to the latter hypothesis. Over a third of wild yeast strains harbor prions, researchers found, and those prions help their hosts survive when confronted with a changing environment.

“It’s been a raging debate,” said Mick Tuite, who studies yeast prions at the University of Kent in the United Kingdom and was not involved in the study. While the paper may not settle the argument, “it does push it firmly into the court that yeast prions have evolved for a reason and...

Susan Lindquist and colleagues at the Whitehead Institute for Biomedical Research in Massachusetts screened 700 wild strains of Saccharomyces cerevisiae for prions. The strains were collected from all over the world—from vineyards, oak trees, soil, and more. The team identified two well-known lab prions, [PSI+] and [MOT3+], in 10 and 6 wild strains, respectively. They also found that 255 wild strains, over a third of the total examined, harbored unknown prion elements. “I love prions, and even I was surprised by how frequently we found them,” said Lindquist. The researchers then compared the fitness of prion-harboring strains of yeast with “cured” strains—those that had the prions removed—in 12 different environmental conditions. They found that prions indeed alter characteristics of their hosts, often in a way that was detrimental. But 40 percent of the time, the effect was beneficial, such as making the yeast resistant to acid or toxins. “It’s clear that prions don’t only do bad things,” said Alex Lancaster, a research scientist at the Whitehead Institute and co-author on the paper.

Lindquist and colleagues previously theorized that prions provide a “bet-hedging” mechanism for yeast in fluctuating environments: [PSI+] causes ribosomes to read through mRNA stop codons in a cell, for example, resulting in numerous changes in gene expression, including some to genes involved in transcription and translation of DNA. “[Prions] are really positioned in a place to change the biology of an organism quite a bit… to create some really complicated traits,” said Lindquist. “We’re trying to suggest that [prions] allow an organism to suddenly acquire a new trait—and it could be a complicated trait—in single step.” While such effects have been previously demonstrated in lab strains, this is the first solid evidence that prions confer these advantages to wild yeast strains.

While the evidence that [PSI+] strains can confer beneficial traits and lead to long-term genetic adaptation is convincing, that effect shouldn’t be extrapolated to all prions, cautioned Tuite. “I don’t think that’s necessarily true for others,” he said. Other types of prions do not affect gene expression as [PSI+] does, he noted, so they might just provide short-term responses to events, rather than lasting genetic changes.

Lindquist’s team is now looking for the presence of prions in other organisms, including Arabidopsis and Drosophila, and is investigating which genes are activated by the prions, said Lancaster. “This is really just the beginning of a whole additional series of questions,” he said. “This is not the last word.”