Researchers have discovered high levels of biodiversity in deep-sea plains in the Eastern Pacific Ocean—an area that’s already been divvied up by mining companies for commercial exploration. The study, published today (October 17) in Current Biology, describes several new taxa of brittle stars, relatives of sea stars, and warns that industrial exploitation of the region could lead to serious declines in these and many other poorly documented species.

Such biological surveys are “of huge importance,” says Thomas Dahlgren, a marine scientist at the University of Gothenburg who wasn’t involved in the study. The sort of deep-sea plains the team studied cover about 45 percent of the Earth’s surface, he...

The work, led by Magdalini Christodoulou of the Senckenberg Research Institute in Germany and Tim O’Hara of Museums Victoria in Australia, focused principally on an area known as the Clarion Clipperton Zone (CCZ), a deep-sea region between Hawaii and Mexico that has attracted interest from mining companies for its deposits of commercially valuable metals such as manganese, nickel, and cobalt.

Researchers collected hundreds of specimens of brittle stars (class Ophiuroidea) from the area over the course of several expeditions and then used DNA sequencing to sort the animals into taxa and analyze their evolutionary relationships. Preliminary findings revealed “unprecedented” ophiuroid diversity, the team writes in its paper, including three previously unknown lineages that are more than 70 million years old.

The DNA data also showed that many species are phylogenetically distinct from fauna in the surrounding regions, meaning that they’re not, as some researchers had proposed, simply drifting in from populations based in other habitats, notes Sabine Stöhr, a brittle star biologist at the Swedish Museum of Natural History who wasn’t involved in the work. “They evolved there,” she says. “They didn’t evolve on shallower slopes or on seamounts and [migrate] down.”

Ann Vanreusel, a marine biologist at Ghent University who was not involved in the work, tells The Scientist that brittle star diversity is probably just “the tip of the iceberg” for regions such as the CCZ. Ophiuroidea is “a visible taxon, a relatively abundant taxon,” she says. “Similar patterns may be revealed for other taxa, including smaller, [less conspicuous] ones.” 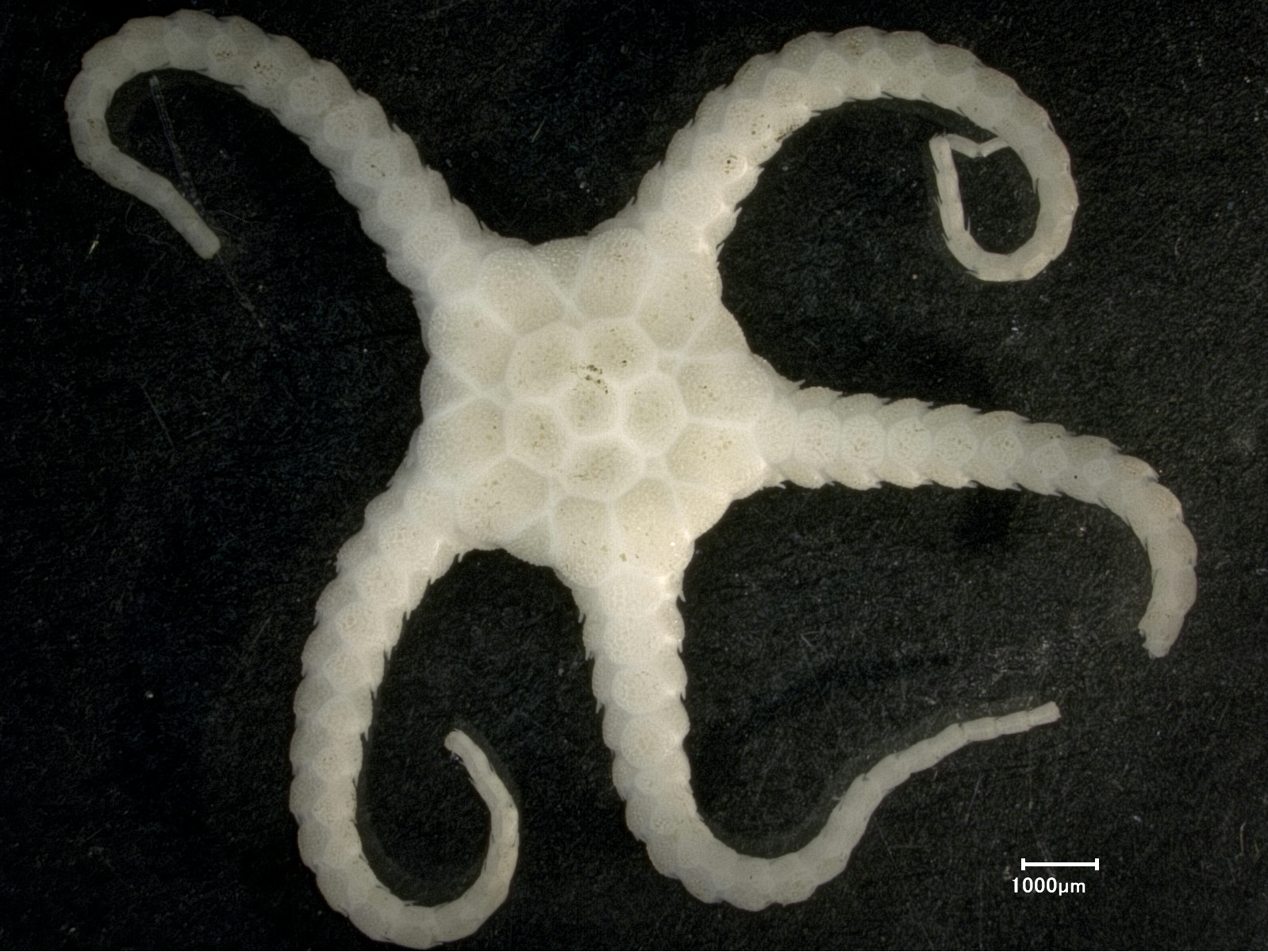 The findings are likely to feed controversy about the CCZ’s future. Until a few years ago, commercial attempts to scrape up minerals in the region had been hindered by a combination of technical and financial obstacles, as well as uncertainty about legislation governing the practice.

But efforts by the United Nations’s International Seabed Authority (ISA) to finalize deep-sea mining regulations by the end of 2020, along with improvements in mining technology, mean change is coming. Mining companies from several countries have acquired exploration licenses for the CCZ in recent years, and researchers are now scrambling to survey the region before ISA starts awarding so-called exploitation licenses that allow companies to begin mining operations there.

See “Blue Rush: One Company Leads the Race to Own Marine Genetic Sequences”

Environmentalists and some political organizations are calling for a moratorium on exploitation licenses for deep-sea mining companies.

Mining would not only remove mineral deposits—important habitat for some deep-sea organisms—it would kick up “plumes of sediment that could smother animals far away from the mine site,” O’Hara tells The Scientist in an email. “We don’t know how the new discovered fauna will respond to these changes.”

Global Sea Mineral Resources (GSR), a subsidiary of Belgian DEME Group that holds a license to explore more than 75,000 square kilometers of the CCZ, tells The Scientist that it’s working with researchers to find out more about the biological effects of its approach.

“GSR/DEME is currently in the process of developing and completing studies for an environmental impact assessment, which will address topics such as species abundance and diversity (including of seastars),” writes Samantha Smith, the head of sustainability and external relations at GSR, in an email.

The company is also developing “environmental management strategies to ensure [that] biodiversity and ecosystem health and function are maintained on a regional level,” she adds.

GSR had planned a test run of its robotic mineral collection system in the CCZ earlier this year, but had to halt the expedition due to a technical failure, Nature reported in July. Smith writes that testing is now slated to begin in the second half of 2020.

Environmentalists and some political organizations, including the European Parliament, are calling for a preemptive moratorium on exploitation licenses for deep-sea mining companies until more is known about the ecosystems at risk. The prime minister of Fiji, Voreqe Bainimarama, and leaders of other Pacific nations have argued in the last couple months that such a moratorium should last 10 years.

Christodoulou’s study “adds weight to the call for a moratorium,” says Matthew Gianni, cofounder of the Deep Sea Conservation Coalition, an international alliance of more than 70 organizations. The findings “add to the increasing recognition of the high diversity of species in the Clarion Clipperton Zone,” he notes, and underline the need for more research before ploughing ahead with the adoption of new mining regulations or granting exploitation licenses to mining companies. 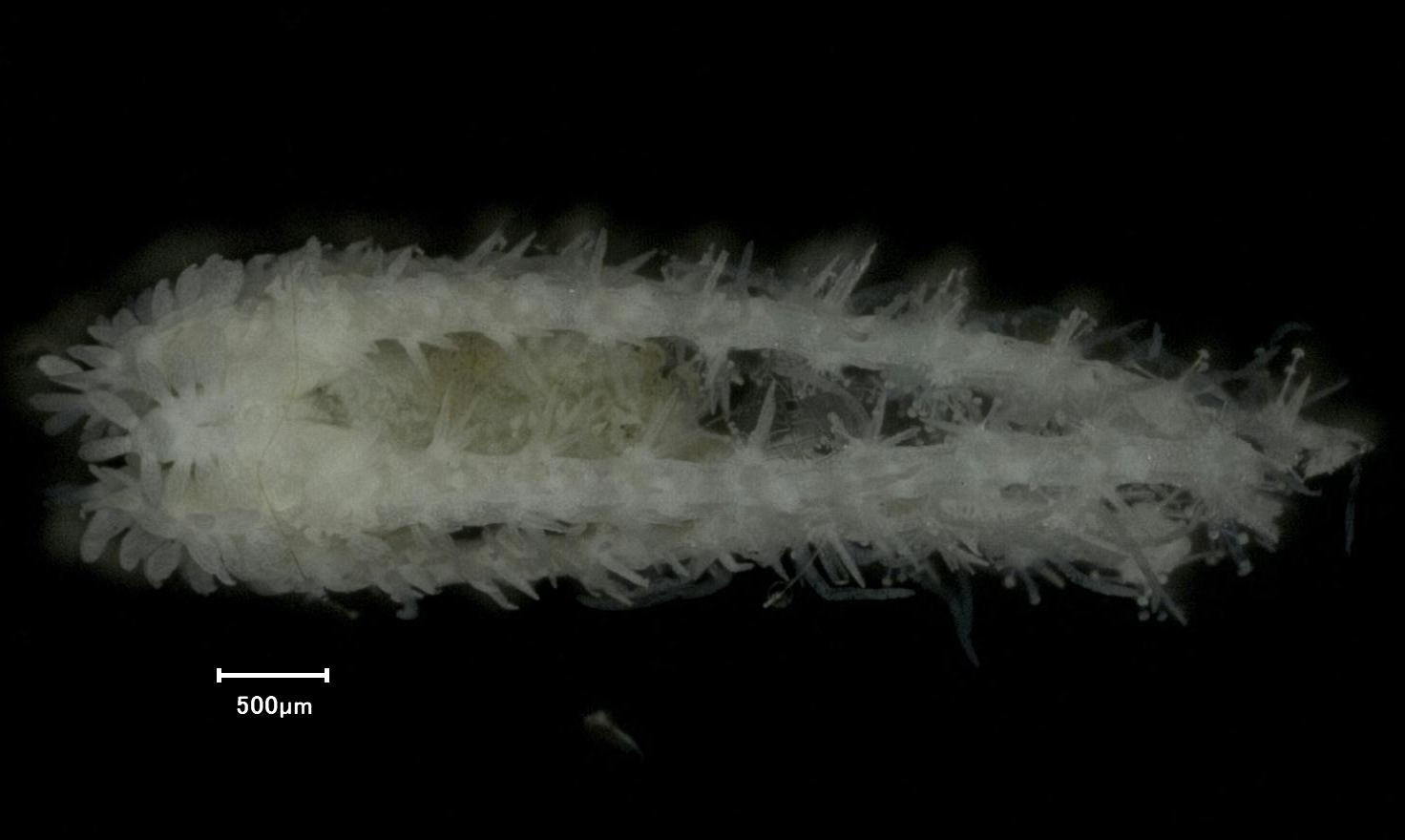 A brittle star in the Ophiotholia genus
MAGDALINI CHRISTODOULOU

But a moratorium or other attempts to reduce the likelihood of mining going ahead in the coming years could end up being counterproductive. While they acknowledge the importance of proceeding with caution, Dahlgren and Vanreusel both note that commercial interest in remote habitats such as the CCZ has in many ways been a boon for deep-sea research.

Funding for studies of the basic ecology and biodiversity of deep-sea fauna is scarce, says Dahlgren, who has collaborated with O’Hara on other projects. So most such research has instead been carried out as part of work to understand mining’s effects on deep-sea ecosystems, funded either by the mining industry as part of its own impact assessments or by governments and NGOs interested in protecting biodiversity from human activity.

Two of the several expeditions that contributed specimens to the current study were funded by UK Seabed Resources, a subsidiary of the defense and technology company Lockheed Martin that also holds exploration licenses for parts of the CCZ.

“If we force a moratorium, unless the UN or NGOs or governments step in and fund our science and our exploration of biodiversity, no one else will,” says Dahlgren. “I think it’s important to map the diversity” and describe unknown species in the region to better understand their vulnerability.

Christodoulou, who is still working on categorizing all the species that she and her colleagues discovered in the Eastern Pacific, agrees that scientists have to take advantage of the opportunities available to study deep-sea biodiversity to help conserve it. “If we don’t know what is down there,” she says, “how will we argue [for] management planning or protection areas?”