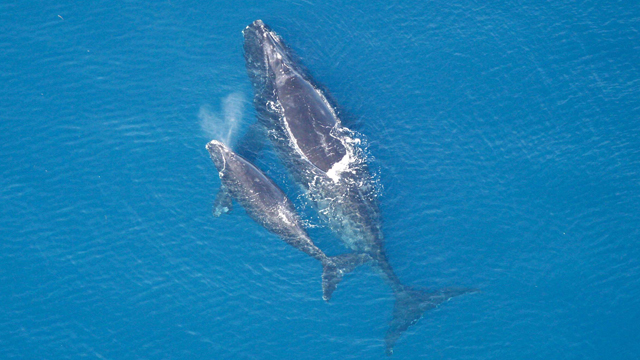 NOAAThe underwater world is a cacophony of sounds. Whales sing and groan, dolphins click and squeal, fish grunt and grumble, and humans blast seismic air guns in search of oil and gas. The last of those noises, scientists now appreciate, is interfering with animals’ own sounds.

“Noise is an ecosystem-wide pollutant,” says Lindy Weilgart, a biologist at Dalhousie University. “More and more species are showing themselves as affected, all the way down to zooplankton.”

Human-caused noise and its effects on marine animals are becoming particularly concerning as five companies await word from the US government on whether they can begin seismic air-gun blasting to probe for fossil fuels deep beneath the ocean floor in the Atlantic. The decisions, some of which could be issued in the next few weeks, would come from both the National Marine Fisheries Service and the Bureau of Ocean Energy Management.

The blasts, scientists have begun to show, can disrupt whales’ ability to communicate and possibly mate, change fishes’ behavior, and even kill zooplankton—tiny ocean organisms that serve as the foundation for the marine food web.

“We like to focus on whales because they’re charismatic,” Weilgart says. But whales eat zooplankton, and humans eat fish, she says, so the whole health of the ecosystem matters when it comes to seismic surveys and ocean noise pollution.

To survey the ocean floor, ships tow air guns, which compress and then explosively release air every 10 seconds or so for several hours, day after day. The resulting sound waves travel down to the seafloor and reverberate back to receivers also towed by the ships. The echoes reveal where there may be reservoirs of oil and gas under the seafloor.

The emitted sound waves are often intense, up to 260 decibels in water, roughly 200 decibels in air—for comparison, the first stage of the Saturn V rocket that took humans to the moon in the 1960s and ‘70s was 204 decibels. Only nuclear explosions are louder, Weilgart says.

Such loud sounds are especially concerning for whales, particularly the endangered North Atlantic right whale, says Doug Nowacek, a marine biologist at Duke University. Right whales (Eubalaena glacialis) use a “whoop” call to contact each other and come together as a group. They also use “screams” and “gun shot” sounds to draw attention to themselves or scare away sexual competition. The concern with seismic air-gun blasting in the Atlantic, Nowacek says, is that the noise could mask the calls whales use to communicate, making it harder for mothers to locate and care for their calves, for example.

Nowacek and other researchers don’t know exactly how the whales will react to the blasts—after all, repetitive air-gun use has been absent for decades in their habitat—but researchers have found evidence that bowhead whales reduce their calling rates in response to seismic air-gun blasts and their hearing can be affected.

Another issue, which is less well studied, Nowacek says, is the whales’ stress response to ocean noise. In 2012, he and colleagues published a paper describing dips in North Atlantic right whales’ baseline stress hormone levels following the events of September 11, 2001. Shipping was reduced, leading to a six-decibel decrease in underwater noise in the Bay of Fundy by Nova Scotia. The drop in stress hormones suggests ships’ low-frequency engine noise takes a toll on the whales, so the repetitive blasts of seismic surveys—which can travel thousands of meters—might as well, he says.

Too loud for fish and zooplankton

Fish may also suffer from the loud sounds, Arthur Popper, a biologist at the University of Maryland, tells The Scientist. Hearing, he says, is “part of their gestalt to the world. Just like we hear footsteps and respond, they develop an auditory scene, which is really critical for their survival.”

See “Fish Use a Variety of Sounds to Communicate”

Air-gun blasts definitely change fishes’ behavior, a discovery made by chance. Marine biologists were asked to suspend their research on a reef off the coast of North Carolina so geologists from Columbia University could perform an experimental seismic survey to map the ocean floor (with blasts less frequent and intense than those used to search for oil and gas). Before leaving, the biologists left some cameras on the reef to record the fishes’ responses to the blasts, which were calculated to be about 180 decibels there.

The video shows that days before the survey started, fish—including species from the commercially important snapper group—congregated at a reef at dusk. But the day of the survey, “they didn’t show up,” Nowacek, a study coauthor, says. The tape revealed a 78-percent drop in the abundance of fish that came to the reef, compared to when there wasn’t blasting, the team reported last April in Marine Policy.

Seismic surveys also affect commercial fish catches, deceasing them by as much as 80 percent, Hoskins notes. 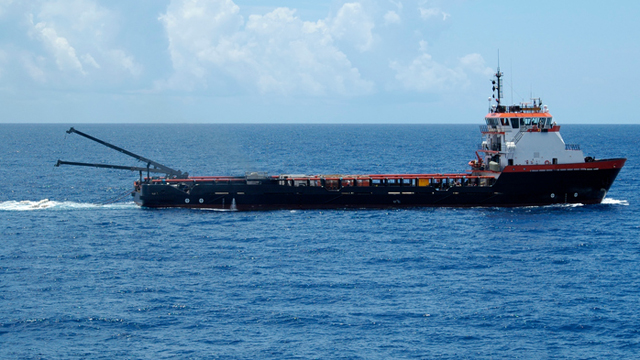 “Fish are in some ways more sensitive to sound” than whales and other marine mammals, Nowacek notes. Not only do fish pick up vibrations of sound, but also the motion of particles as a result of sound. Not much is known about how air-gun blasts affect fishes’ sense of particle motion, but it’s something important to investigate before determining the overall effect of human-made noise on the animals, Popper and a colleague note in a January article in The Journal of the Acoustical Society of America.

Perhaps the most concerning study about marine noise to come out recently, according to Weilgart, was one showing the effects of seismic air-gun surveys on zooplankton off the coast of Tasmania. A team of researchers shot off experimental blasts from a single air gun that mimicked the sounds of the arrays used to search for oil and gas. The blasts killed the zooplankton, decreasing their abundance  by 64 percent, with effects seen as far as 1.2 kilometers from the blast site—two orders of magnitude greater than the estimated 10-meter impact range, researchers reported last June in Nature Ecology & Evolution.

“Zooplankton are the foundation of food web, so that really is troubling,” Nowacek says.

Surveys have to comply with animal protection laws

The first step in advancing the seismic surveys comes from the National Marine Fisheries Service (NMFS), which grants permission to companies after ensuring the activities don’t violate the Marine Mammal Protection Act. NMFS did not respond to requests for comment.

In its application, CGG, a geoscience company seeking survey approval, writes that the area it would like to survey is “located well outside” any “critical habitat areas” of the North Atlantic right whale. “The acoustic impacts on marine mammal species and their habitat is expected to be negligible and short-term,” the company concludes. Spectrum Geo Inc., another company applying for survey authorization, notes that the “sound source is constantly moving and intense sounds would rarely be close enough to individuals to inflict physiological or anatomical damage.”

If the NMFS approves the activity, the Bureau of Ocean Energy Management (BOEM) will then complete its own environmental review to ensure the companies’ activities don’t violate the National Environmental Policy Act, says BOEM spokesperson John Filostrat. “For any approved permits, BOEM will require strong mitigation measures to reduce or eliminate impacts to marine life while allowing surveys to go forward,” he says.

Hoskins isn’t convinced mitigation will be enough and says that if the permits are approved, Oceana and other advocacy groups will “look at every option” to prevent seismic surveying in the Atlantic. “It’s dangerous,” she says.