CENTER FOR GAME SCIENCE, DEPARTMENT OF COMPUTER SCIENCE AND ENGINEERING, UNIV. OF WASHINGTON

A small group of diverse individuals living on at least three continents, who call themselves The Contenders, have solved the structure of a protein that has stumped scientists for more than 10 years. And they did so from the comfort of their own homes, playing on online protein folding game called Foldit.

The Contenders’ solution and its validation were published today (September 18) in Nature Structural and Molecular Biology.

“This is the real deal,” said biophysicist Rhiju Das of Stanford University, who was not involved in the work. “I think this paper really shows how this is a new way of doing science that is more powerful than what a handful of experts could do.”

The protein in question was a retroviral protease of the Mason-Pfizer monkey virus, which causes an AIDS-like disease in monkeys. Over...

So one frustrated scientist, Mariusz Jaskolski of A. Mickiewicz University in Poland and the Polish Academy of Sciences, turned to an online game called Foldit. The program is an extension to the Rosetta@home program, designed by computation biologist David Baker of the University of Washington to use home computers around the world to do complex calculations on protein structures. While the program ran, users would see a screen saver of the computations, Baker said, and before long, he began to get some emails about how the program wasn’t always accurate. “The protein, when it’s folding up its helix, is going left when should be going right,” users reported.

Foldit allows users to alter the course of Rosetta calculations, and try to solve protein structures on their own. The goal: fold up the protein so it has the lowest energy, just as molecules tend to do in real life. A Foldit screenshot of a protein puzzle posed to Foldit players.
CENTER FOR GAME SCIENCE, DEPARTMENT OF COMPUTER SCIENCE AND ENGINEERING, UNIV. OF WASHINGTON

In the past year and a half, users of the program had demonstrated their potential to solve real protein-folding problems, Baker said, so when Jaskolski came to him with this enigmatic viral protease, they decided to put the gamers to the test. Baker posed the problem to the Foldit players, and watched the responses flood in.

About 600 players from 41 teams submitted more than 1.25 million solutions. Narrowing those down to 5,000, Jaskolski and colleagues subjected them to a computational technique called molecular replacement (MR), which tests the models against X-ray crystallography data. For MR to work, the proposed structure has to be very close to accurate, in which case the MR calculations can help perfect the details. But previous attempts at MR for this protein had failed because the protein models were too far off the mark.

But The Contender’s proposed protein structure was a winner. “When we took [their] model, it was a beautiful fit to the X-ray data so we knew [they] had solved it,” Baker said. “We were just totally blown away. This is the first time that a long-standing scientific problem has been solved by Foldit players, or to my knowledge, any scientific gaming participants.”

The final breakthrough came from Foldit user mimi, a member of The Contenders and a science technician at a high school near Manchester, UK, who has been playing Foldit for about 3 years. She “tucked in a flap” of the protein that was sticking out, she explains, to make the protein more “globular.” But she emphasizes that “the achievement was very much a group effort,” noting that it wasn’t possible for her to tuck in the flap until others in the group had made their key adjustments to the protein’s structure.

“It’s kind of an unprecedented case of using computing non-specialists to solve a longstanding scientific problem,” said Alexander Wlodawer, chief of the Macromolecular Crystallography Laboratory at the National Cancer Institute.

The next step might be to provide Foldit users with experimental validation as they play the game, said Das, a former postdoc in Baker’s lab. In this case, the players simply kept tweaking the structure until it produced a low energy score, but didn’t get an experimental feedback until the very end.

“What if the players do have access to experimental data?” Das wondered. “Can they interpret it in the same way that scientists do? Can we turn 10,000 or 100,000 into citizen scientists into real scientists who are developing hypotheses and then doing experiments and then refining their hypotheses?” If so, Foldit users may not only be able to solve protein structures, but actually refine the rules of the game itself, Das added, and help scientists reach the ultimate goal of understanding structure directly from a protein’s amino acid sequence.

“Predicting protein folding just on the basis of the sequence of the protein is one of those unresolved scientific problems,” Wlodawer said. “But these new methods that Dr. Baker is introducing, and a few others, are now changing this whole thing.”

Correction: This story has been updated from its original version to clarify that David Baker did not design Foldit. The program was in fact designed by computer scientsts at the Center for Game Science at University of Washington. The Scientist regrets the error. 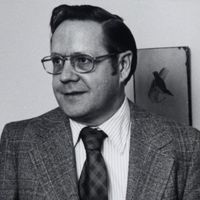