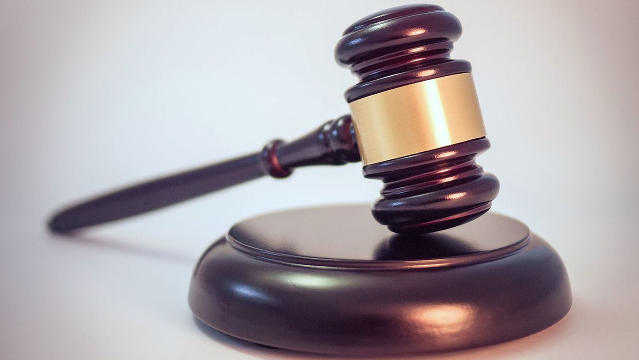 WIKIMEDIA, BLOGTREPRENEURAs The Scientist reported yesterday, the Michigan Court of Appeals has denied a motion to enter into the record the full report from a Wayne State University investigation of misconduct allegations made against Fazlul Sarkar.

Alex Abdo, the American Civil Liberties Union (ACLU) attorney representing PubPeer in the appellate case, told The Scientist that although the court denied this most recent motion, he believes the judges considering the case understand the salience of the Wayne State report. “Certainly, for our purposes, it’s not critical that the report itself actually be in the record,” he said. “What’s most important is that the court understands that there are significant reasons to think that Dr. Sarkar’s suit is frivolous on the merits.”

Abdo added that the ACLU’s earlier motion, which successfully entered into the appellate record the existence of the report as first brought to light by The Scientist...

Nicholas Roumel, the attorney representing Sarkar, said that the court made the right call in denying the motion to include the Wayne State report. “I’m gratified that the court recognized that this was not a proper action to try to add the investigation report to the appellate record,” he said. “I’m sad that the investigation results are all over the media,” Roumel added. “And I’m frustrated that I believe that PubPeer attempted to introduce it to the appellate court in order to influence their decision.”

While it’s anyone’s guess when the Michigan Court of Appeals will issue its decision in Fazlul Sarkar vs. John Doe, Abdo said that the full Wayne State investigation, which found Sarkar guilty of systemic misconduct, will become crucial if the anonymous PubPeer commenters’ are indeed unmasked. “Their lawyers will clearly focus on this report if it gets that far,” Abdo said. “This report goes a long way to showing that there’s no case against anyone, even if [Sarkar] thinks that what they did was defamatory, which we don’t think it was.”

Abdo added that the ACLU has already identified several instances of overlap between criticisms raised by commenters on PubPeer and specific allegations of misconduct or image manipulation in the Wayne State report. “We didn’t do an exhaustive search, but we found that a number of the comments described in Dr. Sarkar’s complaint found anomalies that the report considered to be anomalies, and in some instances, examples of misconduct.”

Roumel agreed that the Wayne State report becoming public could weaken any lawsuits Sarkar might file if he’s given the identities of some or all of the PubPeer commenters. “I’m a realist,” he said. “I understand that if this case ever gets back to the trial court, the report’s not helpful to Dr. Sarkar.”

But Roumel noted that the case might be a long way from making it back to the trial courts. “Depending on what the court of appeals does, the losing party may ask the Michigan Supreme Court to take action,” he said. “I’m not ruling out that we could come together with PubPeer and some of the anonymous defendants and come to some agreement. Who knows?”

“A third possibility is that Dr. Sarkar, after I consult with him, might not want to pursue this anymore,” Roumel added. “I’m speculating. I’m not saying that’s the case.”

After Roumel told Retraction Watch that a Michigan Court of Appeals decision in the case “could be tomorrow or next year,” he provided The Scientist with a more-precise estimate. “My best guess would be . . . January or February,” he said.