A founder of the field of synthetic biology is selling data from his own DNA as a nonfungible token, or NFT, through Nebula Genomics, a personal genome company he cofounded.

In 2017, Harvard University genomics pioneer George Church teamed up with two young scientists to launch Nebula Genomics, a sequencing service with an emphasis on transparency with regard to how genomic data are used. Now, in an effort to bring more attention to issues surrounding data ownership, the company is putting Church’s genome up for auction as a nonfungible token (NFT), a form of cryptocurrency that provides proof of ownership of a digital or physical object and has shot to popularity in recent years with the rise of blockchain technology. 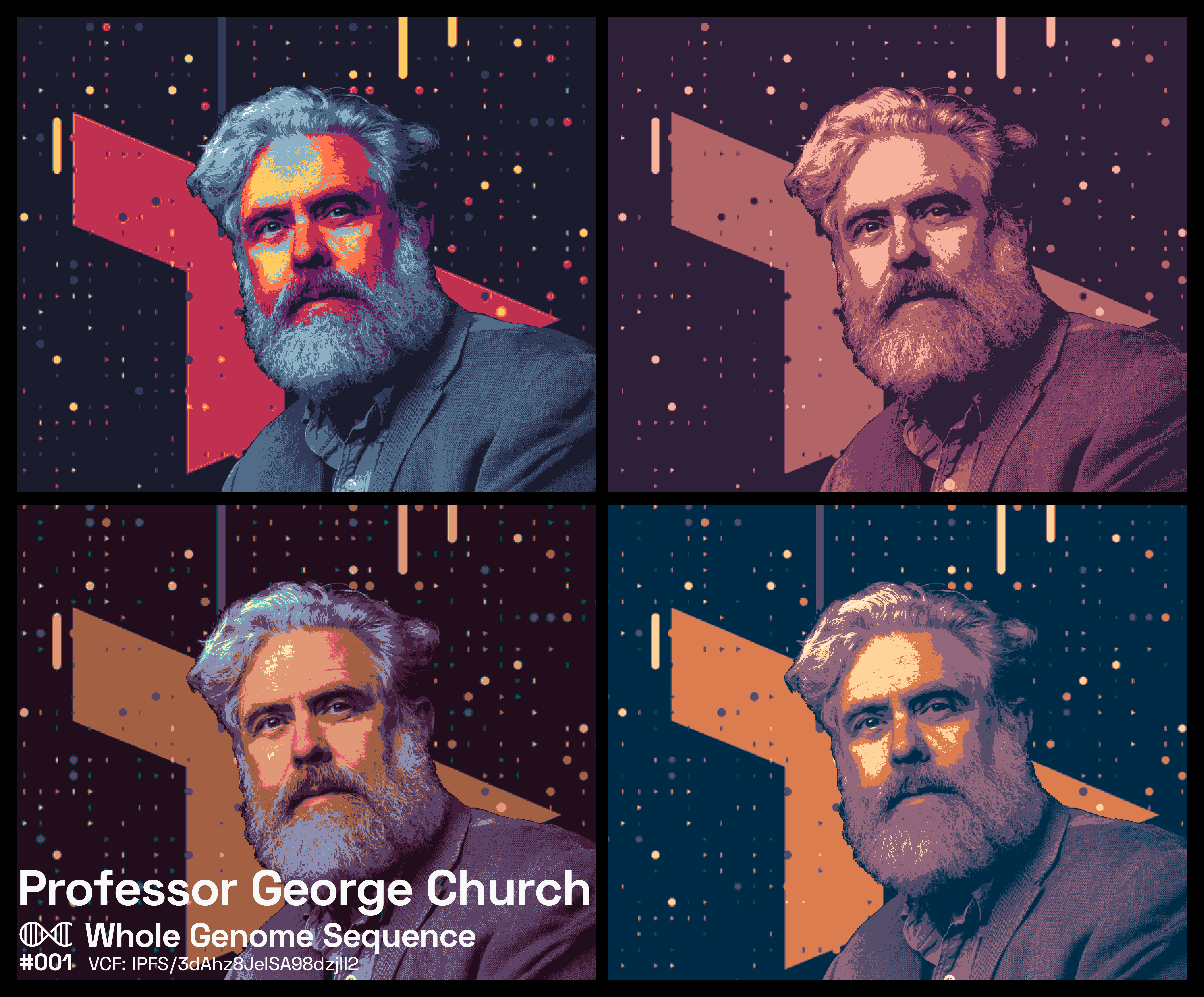 Church’s genome was the one of the first to be sequenced, and it was the first to be made publicly available, along with his medical records, multiomics data, and other information, as part of the Personal Genome Project (PGP) he launched in 2005. “The NFT was not my idea, but hopefully it is a good idea,” Church writes in an email to The Scientist, “both for the winner of the auction and as an event that increases conversations about the revolution happening in reading and writing DNA.” In Church’s case, the NFT will include his publicly available genomic data along with a piece of artwork incorporating a description of where the data are stored. Going forward, Nebula cofounder and CEO Kamal Obbad says, NFTs may provide genomics consumers with a secure way to sell or license their data that they have not otherwise shared.

The exact date of the auction will be announced on April 25 in celebration of National DNA Day. The Scientist spoke with Obbad about the move and what the company hopes will come of it.

The Scientist: You, Dr. Church, and Dennis Grishin founded Nebula to allow people interested in getting their genome sequenced to own that data. Help me understand what that means.

Kamal Obbad: Historically, privacy issues have plagued the consumer genomics industry, because what a lot of customers didn’t realize for the longest time was, when you were getting a consumer genetic test, you were frequently signing away your data to be licensed by a pharma company or to be used by a third party. So over the past few years, this has led to a lot of headlines around how consumer genetic companies are monetizing data, and it’s ended up turning into a business where the data is the product, not the actual DNA kits, and not the actual reports that we give to users. And so at Nebula Genomics, we wanted to launch a different kind of personal genomics business that was really aligned with the user and was more focused on providing a good product to the user versus just trying to aggregate and collect as much data as possible to monetize it. . . . We never share data with third parties, and we only sell genetic tests and reports directly to users.

TS: And so are third parties accessing the data with consumer permission, and do the consumers get paid or some other compensation?

KO: Yes, we’ve done projects in the past where, for instance, a research institution or a pharma company will offer to compensate users in return for data or in return for paying for their genetic test. So kind of like a sponsored sequencing project. . . . We also enable our users to choose to share their data with third parties, if there are additional services they want to benefit from. So, for instance, if you want to get more in-depth ancestry information, we have integrations with third parties where you can choose to share your data with them, but it’s something that we won’t do ourselves and we’ll never hand your data over to a third party.

TS: How did the idea come about to auction off Dr. Church’s genomic data?

KO: We’ve been looking at NFTs for a while because it’s an interesting mechanism for storing ownership of data and tracking sharing or selling or licensing of that data. The use cases today have really focused on arts, like music and visual drawings and things like that. And we thought genomics was also an interesting use case, because on its own a genome really is a nonfungible digital asset. And different genomes are going to have different inherent values.

So, for instance, if you were a rare disease patient, your genetic data can be really useful for a pharma company because you can use that genomic data to identify what’s potentially causing that rare disease or what a successful treatment can look like, versus a completely healthy person, their genome might not be as valuable.

TS: So what do you hope will come of this?

KO: Our hope is that it sparks really an interesting conversation around how genomic data can be shared in a way that’s more transparent. For some context, George made the data public a long time ago through the Personal Genome Project. So it’s a public database, essentially, where anybody can sign up and you can share your genome and your health data, and scientists can use that database to do research. George has always been a big believer in making health data freely available to researchers, and he’s been a big practicer of that himself. So the idea of the NFT is, can we explore a new way of doing that through an NFT where monetization is included? Can we potentially provide an example for a future model that maybe Nebula will use for how users can choose to share or license their data to third parties?

TS: So if his genomic data is freely available through the PGP, what value does this NFT have?

KO: I think the value is very similar to other NFTs. So a lot of NFTs today, even though the digital media is freely available online, it’s treated almost as a collectible. You have the collectible of the original NFT that was sold for whatever that data might be, whether it’s a piece of music or an art piece. So it’s very similar with George’s genome. This is going to be the only NFT that George is doing with his DNA, so it has that same collectible aspect to it.

But in the future, this might be something that people who aren’t part of the Personal Genome Project are doing as the first way for them to make their data available and also be compensated. Because what’s interesting about NFTs is, you can track how they’re transferred over time. . . . Though that’s not going to be the case for George’s NFT, since we’re just auctioning it off one time and whoever owns it will get to own it, it’s an interesting model for what could happen in the future, where you can actually get maybe a royalty for every time your data is licensed or sold to somebody else.

TS: Any guess what Dr. Church’s genomic data will sell for?

KO: I honestly have no idea. I think there’s a wide range of what it can possibly sell for. I think for George’s DNA there’s some cultural significance since he was one of the people involved in the Human Genome Project, and he’s one of the first human genomes ever sequenced. But your guess is as good as mine.

TS: And what will the proceeds go to?

KO: We’re donating a portion to charity, and then the rest of it is really up to George.