This Saturday (September 11) marks the 20th anniversary of the coordinated terrorist attacks that claimed the lives of almost 3,000 people in New York, Pennsylvania, and Virginia. On the morning of 9/11, several thousand first responders—police officers, firefighters, paramedics, and emergency medical technicians—arrived at the wreckage of the World Trade Center in New York City, where they encountered plumes of toxic dust, fires that burned unabated for months, unstable wreckage, and otherwise dangerous working conditions. 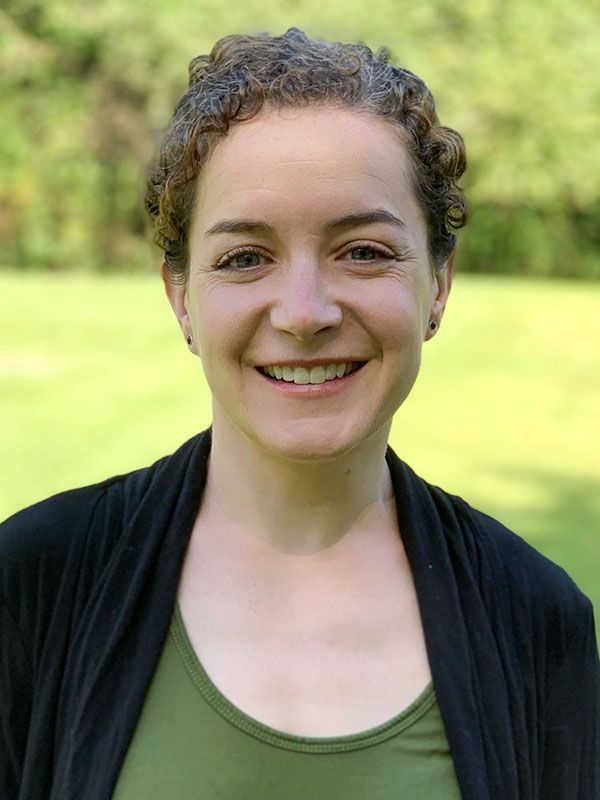 Almost immediately after the attacks, many first responders began to report health issues, including the so-called World Trade Center cough. And in the two decades since, scientists have documented a number of diseases and mental health disorders among those who helped in rescue and cleanup efforts in the months that followed. According to a recent report released by the Fire Department of the City of New York’s World Trade Center (WTC) Health Program, an initiative started in 2010 to monitor and treat those who responded to the tragedy, more than half of its participants have at least one certified medical condition that the disaster aggravated, contributed to, or caused.

The Scientist spoke with Rachel Zeig-Owens, an epidemiologist at the Albert Einstein College of Medicine in New York, the director of epidemiology for the WTC Health Program, and a coauthor of the report. Her work, and that of her colleagues, provides an in-depth look at how 9/11 has affected and likely continues to affect the health of first responders and how programs to supplement their care may be saving lives 20 years on.

The Scientist: How did you assemble your [WCT Health Program] cohort? Are these people that volunteered to have their health tracked long term?

Rachel Zeig-Owens: We are essentially a closed cohort. It’s employee-based—I’m sitting at a fire department office—and so we have access to the employee records. We know that nearly everybody who was active, meaning they were actively employed on 9/11, responded to the disaster. There were also those who retired right before 9/11 who still came and volunteered. And through self-reported questionnaires, we know when every individual came.

What makes us unique is we also know who didn’t come, because we know who’s on the employment roster. And that gives us a denominator that’s different from a lot of the other World Trade Center studies. We know who could have been exposed, and we are therefore able to ask them. And because we have their employment records, we have their full social security number, which helps with identifying cancer linkages [because medical records are often keyed to a person’s SSN]. We just have a lot of additional information that gives us more of a robust understanding.

TS: What types of diseases or disorders are most common among these first responders?

RZ-O: Initially, right after 9/11, the chief medical officer, Dr. David Prezant, . . . noticed that the first responders were having what is now coined World Trade Center Cough. So the aerodigestive system was first hit by this intense dust cloud as also dust that was kicked up every time they were going through the rescue efforts and the cleanup efforts.

That’s what we first saw, and we continue to see in high prevalence. We also have [other examples of] what’s called a World Trade Center–related condition, and [gastroesophageal reflux disease, or GERD] has the highest prevalence. In firefighters, it’s 46 percent. And then we have lower respiratory issues—so that’s asthma, chronic bronchitis, COPD, and emphysema—and upper respiratory conditions in the sinuses. And then we also have mental health conditions like PTSD, and we have cancers.

TS: Are these diseases just the result of breathing in that dust? What about the dust makes it so toxic or damaging to your health?

RZ-O: If you think about everything that is in an office building—from the construction materials that go into building it, to the chair somebody is sitting in, to the printer toner—all of that was pulverized, and then that is [inhaled]. And those are very fine particulates that can get farther into the airways and into your body than what would have otherwise been filtered out. That then helps to create inflammation, and then there are also the toxins themselves. So together, those pieces have created airway disease and things like GERD because it is irritating [someone’s] esophagus as well as their airways.

TS: You said you came on 13 years ago . . . and now we’ve got 20 years of distance from this. I’m curious if, as time goes on, you are surprised to see new health issues manifesting over time?

RZ-O: I guess I’m not surprised because some [conditions] have longer latencies. So cancer, for one. Ten years ago, we had the first study that was in The Lancet, and I was a little bit surprised because . . . we were starting to see that there was an elevated cancer risk. Now, I’m expecting it because of the compounds that were on the site. Because it wasn’t only the office buildings that were pulverized, it was also the jet fuel that was burning for months, until Christmas.

But now we’re also dealing with the aging factors. So there’s the synergistic effect that could be at play here between World Trade Center exposures and aging. It might be magnifying what may have happened naturally, but it might also be the tipping point to make it so that we’re now seeing other conditions. One of those is cardiovascular disease . . . and we’re also seeing autoimmune disease. And now we’re funded to look at [cognitive decline] in our cohort to really understand, ‘Is it age related or is it elevated due to the World Trade Center?’

TS: One of the more recent publications that I saw touched on cancer survival among first responders. Can you tell me a bit about the work that you had done in the past looking at cancer and what these new results add?

RZ-O: Within the fire department, we have a couple papers. We have the one that I mentioned in The Lancet, and that showed that there was a slight increase in cancer overall. It was about 10 percent, but that was not statistically significant. However, we did see that for certain cancers—prostate cancer, thyroid cancer—it was elevated compared with the general population.

So that prompted a number of other studies that we’ve done. More recently, about a year and a half ago, we published a study on thyroid cancer where we found that about 80 percent of the thyroid cancers that were detected at the fire department are incidentally detected, meaning they weren’t symptomatic. They weren’t even looking for thyroid cancer; . . . they were having some other medical exam. And that is important to put into context, because our cohort has wonderful medical care, so we may be finding cancers that would not have been found if the responder was an average Joe in the US. And so that is something to always keep in the back of our mind when we are looking at our cohort.

However, that study that was just published this month showed that, of those who are diagnosed with cancer, they are surviving longer and have a better survival rate than the general population. And that may be because they were healthier to begin with—because firefighters and rescue recovery workers were healthy enough 20 years ago to work for hours and hours—but it could also be that they’re getting really excellent care. And that’s a really important message to continue to tease apart, and where our research should be going. Even if they are getting cancer at a higher rate than the general population, we may actually be helping them by providing really great healthcare and therefore allowing them to live with the past.

TS: So then, there is evidence in your work that having access to this medical care is actually increasing survivorship?

RZ-O: Yeah, that’s where more research needs to be done to really fine tune that understanding, but this is really suggestive of it. And that’s what I think is the most exciting.