When it comes time who decide which scientific papers get considered for publication in prestigious brain science journals, most of the people making the call are still men, and most of them live and work in the United States, a new study finds.

The work, published Monday (February 21) in Nature Neuroscience, takes a close look at the editorial boards of the top 50 psychology and neuroscience journals worldwide as ranked by the Science Citation Index Expanded. The study breaks down each publication’s diversity as represented by the makeup of their boards in terms of both gender and geographic location. The study found that only 20 percent of the top psychology journals and 10 percent of the top neuroscience journals have more women than men on their editorial boards. Those numbers drastically differ from the demographics of the fields—a 2020 article in Perspectives on Psychological Science found that 71 percent of psychology graduate students were women, and a paper in the Journal of Neuroscience Research the same year identified roughly a 50-50 split between men and women in neuroscience.

The phenomenon seems to extend beyond psychology and neuroscience. The American Chemical Society (ACS) published its first-ever internal diversity audit earlier this month, in which it found that at many ACS journals, there are more than twice as many men who are editors, peer-reviewers, and published authors compared to those who are women.

The Scientist spoke with University of California, San Francisco, neuroscientist Eleanor Palser, the lead author of the Nature Neuroscience paper, who says that she hopes her study, which began as a pandemic quarantine project, serves as a call to action and spurs social progress in academia.

The Scientist: You’re a neuroscientist who typically studies dyslexia and also autism spectrum disorder and related disorders. What was it that initially prompted you to investigate and publish this breakdown of journal editor demographics?

Eleanor Palser: My work is on a very different topic: children’s development, dyslexia and autism primarily. But I’m a woman in science, and to publish my work I have to interact with editors of journals. It’s not that I had a particular experience with editors that led me to think, “Oh, I think there might be biases here” in who the editorial boards are. But you notice, right? You notice that editors are predominantly male, predominantly based in the US. So we came into it thinking that’s what we will probably find. It was the coronavirus pandemic lockdown, and I couldn't go anywhere, so on evenings and weekends, with my old PhD advisor [Aikaterini Fotopoulou] at [University College London], I just sat down and we quantified this just to satisfy our curiosity, really. 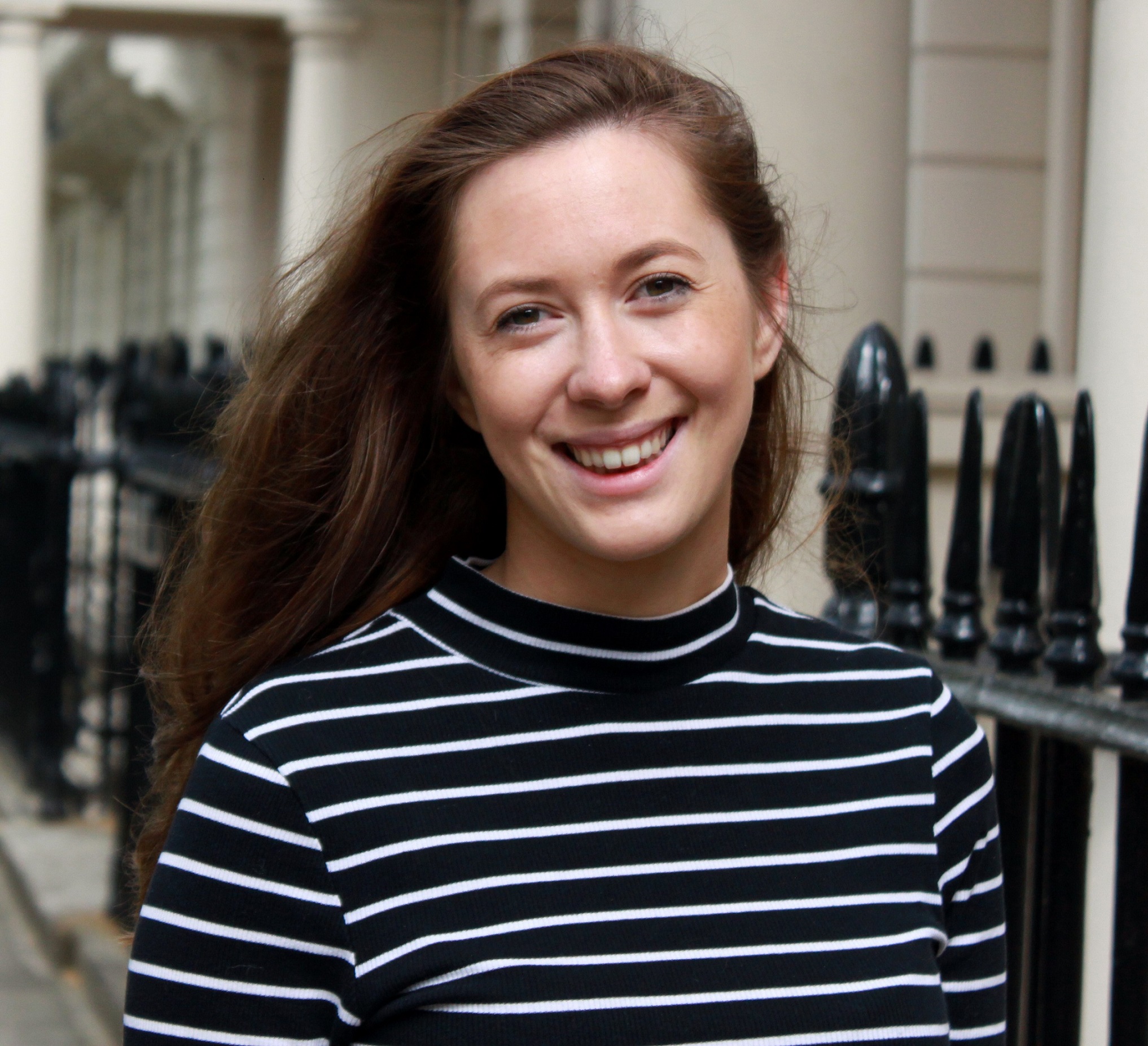 TS: Your paper highlighted some pretty interesting statistics. The breakdown of top editors in psychology journals is closer to a 50/50 split than neuroscience, but still not great. Meanwhile, both fields’ journals are dominated by Americans. Was any of that . . . particularly surprising to you, or did it align with what you expected?

EP: I think there’s one interesting difference between psychology and neuroscience. And that’s in psychology, yes, they’re closer to 50/50. But of course, psychology is a more female discipline. And so if you look at the statistics in relation to their representation in the field at large, either the conference attendees or the senior authors, it looks like, in psychology, you have even less editors based on their representation in the field at large compared to neuroscience, so it just looks like there’s less women in neuroscience [journals] than men.

TS: So, accounting for the difference in the denominator, it’s not representative even if it’s closer to 50/50.

EP: Yes, there’s a question of what we should be aiming for: whether it should be 50/50 or it should represent the field at large. And those are the two diversity levels I talk about in the paper. This was in response to a lot of reviewers saying, “Well, surely there’s just not available women, or people from outside the US to sit on these boards.” And so we added [that analysis] in at the review stage to kind of get at that a little bit more.

TS: The responses from editors that you included in your paper were interesting to me. Some of those comments talked about how woman scientists are saddled with more responsibilities related to career and home lives than male scientists and are unable to accept positions [on editorial boards] without spreading themselves too thin. . . . Do you feel that’s an accurate representation? And can you talk about navigating that culture?

EP: It’s difficult to get the whys, right? And I’m sure the why is different for different people and different journals. . . . I do think it’s interesting that some of the journals that have full-time editors who are paid and that’s all they do—they’re not academics doing this on their weekends—they tend to have more parity than the journals where it is just a side hustle. So I think there may be some truth to the resources aspect of it. If we’re employing editors and it’s their job, we don’t seem to struggle to get women. It’s when we’re asking them to do this on top of their everyday lives. At least, editors are telling me that they’re finding it a struggle to recruit.

I’m glad that it’s sort of resonating with people and people think it’s an important thing to talk about.

TS: It’s unfortunate that availability to do, as you put it, a side hustle is so linked to prestige in the field.

EP: Right. I think academia is very tied to what you can do outside of the job. And there’s a lot of these on-the-side things that do advance your career. But if you have caring responsibilities, other things going on, that becomes difficult.

TS: You also identify in your paper that research conducted by women and in labs run by women gets overlooked. This is straight from your paper: “. . . articles with female first and last authors in top neuroscience journals received 30 percent fewer citations.” Does it seem like these are intertwined phenomena? Or do you think those are separate, tangibly different problems that need tackling?

EP: That would be really interesting to disentangle. I think it’s a research question. What the paper doesn’t do is tell us what the impacts of this on science are.

TS: What was the broader response to the work, not only from other journals but also other academics?

EP: You know, I was waking up at night and being like, “Oh, no, they’re going to hate this, I’m never going to get a job.” But it’s been good. Everyone’s been very supportive and interested in the work; there has been media interest. I’m glad that it’s sort of resonating with people and people think it’s an important thing to talk about.

I’m hoping [this] encourages [journal editors] to do similar audits on their own staff and think about who is making these decisions and how that might be guiding the science that’s being published.

TS: We haven't touched too much on the geographic aspect of it. What prompted the two-pronged approach to this?

EP: The reason we focus on the two areas and not other things like race, which we thought were really, really important to look at too, is we did this without contacting any of the editors themselves at that data entry stage. We didn’t have ethical approval to contact them and ask them these questions about their identity. We were just pulling this off the web; it would have been horrible and messy to infer race based on what’s available online. This is not typically reported in people’s bios, for example, and you can’t do it visually on a photo. So we focused on gender, which we identified as a common issue in the literature. And then I had read some compelling articles about geodiversity as well, and the fact that we should be looking at science globally, so we added that in as well.

TS: What do you hope this study accomplishes? And what, in your mind, would be a good tangible step toward progress?

EP: I think if editors-in-chief could acknowledge that this is something we can look at and we’re aware of and we have expectations and goals about, I’m hoping that it encourages them to do similar audits on their own staff and think about who is making these decisions and how that might be guiding the science that’s being published. So I think it’s a bit of a call to action. I don’t know how confident I am that editors will start to reevaluate, but I certainly hope it’s something that enters the dialogue.