University of Michigan’s Ada Hagan separates fact from fiction, such as whether you should starve a fever or if eating chocolate really causes acne.

Last Friday (June 21) at the American Society for Microbiology meeting in San Francisco, Ada Hagan, a postdoc at the University of Michigan, and Michael Schmidt, a microbiologist at the Medical University of South Carolina, had a rapid-fire discussion about some of the biggest myths in microbiology, such as starving a fever to get over a sickness. It’s the second year the researchers have busted myths at the meeting, and before the session Hagan spoke with The Scientist about which old wives’ tales are fictitious, and which ones have a kernel of fact. 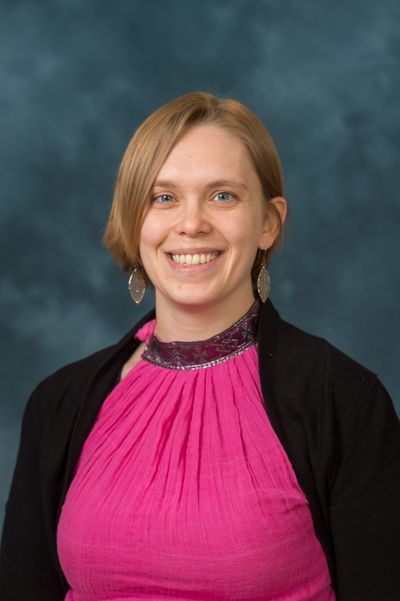 The Scientist: So is it true, should you feed a cold and starve a fever?

Ada Hagan: You should always feed a cold, and you should never starve yourself if you have a fever. If you’re hungry, eat. When it comes to starving a fever,...

Now, there was a guy hundreds of years ago that suggested not eating food when you had a fever helped you heal faster because eating made you hotter and that was a bad thing, but that idea was put out long before we understood the body. There’s a Scientific American article that actually looks at this myth and how science has shown it’s wrong. So if you’re sick, and you’re hungry, you should eat.

TS: What about eating chocolate, does it cause acne?

There are some studies that show that chocolate modulates the immune response, so that may relate to why breakouts increase in those genetically predisposed to acne.

TS: Are there lots of microbiology myths?

AH: Yes, there are a ton of them, and they are usually based on some type of thought process. What we’re doing with these ideas is looking at what is the true part, and what are the bits we don’t have to worry about. It’s important to think about where these myths came from. Some of these ideas are ancient. They were discovered by indigenous scientists and are seeded in some truth and, and it’s important to recognize that. Aspirin from the willow tree is probably the most notable. There's also the benefits of garlic. Now some of the ideas may have gotten diluted down over the generations but the true parts are still there.

TS: What other myths do you want to dispel?

AH: Going back to fevers, one is: do you sweat out a fever or try to break it with cooling methods? There’s a long history of sweating treatments to treat illnesses. So when you first look at this, you have to define a fever and distinguish it from just getting really hot. With heat stroke, getting overheated, your body can’t keep up with the cooling process, so your set point body temperature rises. Your body is still trying to cool you down to 98.6 degrees Fahrenheit but it just can’t get the temperature down, which is why we turn to external cooling mechanisms.

When you have a fever, though, the internal temperature is still under your body’s control. That’s why when a fever breaks, you sweat, to return the body to 98.6 degrees. The body is still in control. There was actually a study done in the ICU on aggressive treatments of fevers, trying to cool the body down but the researchers had to stop early because of an increase in deaths in the treatment group. So basically the body still has control, and we shouldn’t mess with it. Now this becomes harder when you have a kid with a fever. When you have kids, you realize how dangerous fevers are. But it’s not really the temperature that matters, it’s more important how the child is acting than what the number is. If they’re feeling really, really bad, giving them Tylenol or Motrin is not the end of the world. What’s really important is to make sure they stay hydrated.

TS: Are there any myths you might not get to cover in the session think are important to address?

Another one is that you catch a cold if you go out in winter without a coat. Yeah, that’s a no. Getting cold doesn’t cause a cold. In fact, there’s a study from 1968 in The New England Journal of Medicine where they put people in different rooms, a warm, humid room, and a cold one, and then exposed them to the cold virus. Both groups caught a cold at the same rate, so air temperature is not the issue.