Patients’ viral loads are highest within five days of their first symptoms, emphasizing the need to isolate early to prevent transmission.

Since early March, a number of studies have suggested that patients infected with SARS-CoV-2 generally have a long incubation period and are most infectious early on in their sickness, with viral loads dropping off after nine days. These results have informed guidelines put forth by public health bodies, such as the US Centers for Disease Control and Prevention, which recommend that people isolate for at least 10 days following a positive COVID-19 test.

A meta-analysis published November 19 in The Lancet Microbe reviewed 98 studies on coronaviruses—79 of which focused on SARS-CoV-2 and the rest on SARS-CoV and MERS-CoV—to determine when patients’ viral loads are highest and could therefore transmit the virus most effectively. Of the SARS-CoV-2 studies, 73 included hospitalized patients only.

Their report finds that patients with COVID-19 show the highest amount of live virus in the upper respiratory tract within the first five days of showing symptoms, while the highest amount of virus in SARS and MERS is seen during the second week after showing symptoms. Despite finding high viral RNA loads, no study in the review isolated live virus beyond day nine after the first symptoms of COVID-19.

The Scientist spoke with Muge Cevik, a virologist and a clinician at the University of St Andrews and the lead author of the analysis, about the findings.

The Scientist: What inspired you to do this research? 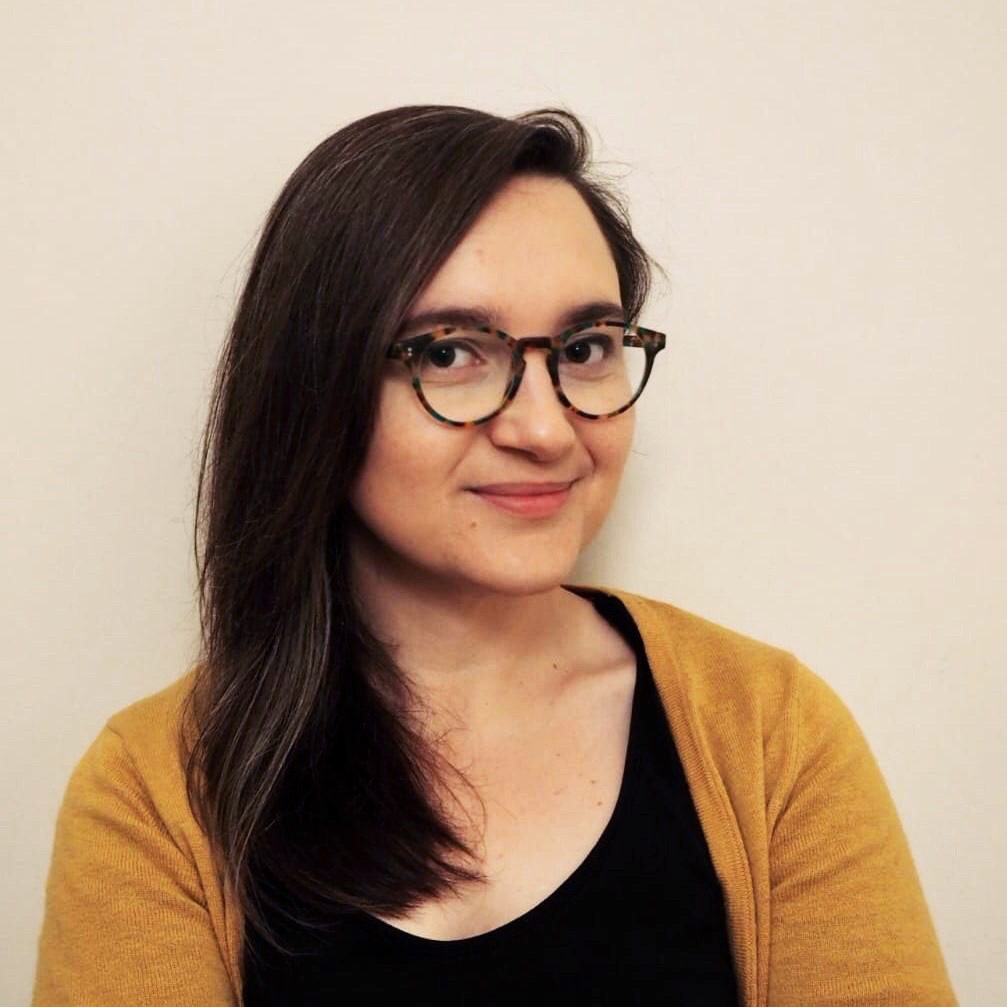 Muge Cevik: Around April, we were writing a review paper mainly for clinicians. In writing that paper, we realized that we don’t have a good understanding about viral load dynamics and infectiousness periods not only for [SARS-CoV-2] but also for [SARS-CoV] and MERS. With my colleague from Glasgow University, we set up this systematic review and recruited four doctors to work together because systematic reviews are quite a huge task. At the beginning of the pandemic—I’m a clinician as well—we were not sure when to stop isolating patients, when we can safely discharge patients, and when patients stop being infectious. These have important implications for cases in the community but also cases in the hospital setting.

TS: How did you go about deciding which studies you were going to include in your analysis?

MC: In our analysis, we included papers mainly looking at viral load dynamics. We wanted to include large studies—that’s the reason we excluded case reports or case series with less than five patients because generally [they] report atypical, unusual cases, and that’s typically those who basically shed virus for a long time.

We didn’t want our subjective opinion to influence the results, so specifically we included studies that counted the viral shedding from the time of symptom onset, not from time of hospitalization, and some studies actually included patients after discharge from hospital, so we didn’t know when the symptoms started. We tried to make it really similar across all studies, and that’s the reason our inclusion criteria were really strict.

TS: The scientific community has had inklings in terms of COVID-19’s infectious window, so did the results surprise you at all?

MC: This study really emphasizes that people are highly infectious really early on, especially seeing peak viral loads around symptom onset to day five. I’m not that surprised, but I think it doesn’t align with our ‘test, trace, isolate’ practice because in order to prevent onward transmission, testing, on itself, is not enough. We need to ensure those people who are infectious isolate and their contacts isolate. In a way, that emphasizes that we need much more prompt testing and prompt results so we can prevent onward transmission. What happens at the moment is that people seek testing around two or three days after symptom onset, and by the time they get test results, they’re already past the most infectious time period. Many people struggle to take sick leave without having the test results, so that tells us that we need to change the way we look at ‘test, trace, and isolate’ now—maybe symptom onset needs to prompt isolation before testing.

There’s been a lot of emphasis on testing, but testing on its own is not an intervention. It needs to be connected to an intervention, especially when it’s a respiratory pathogen.

The other aspect is that the majority of studies agree that the infectious virus is not detectable after day nine, and when we put that result with the peak viral load, which happens around day five, it basically tells us that people are really infectious in the first week of symptom onset. At the moment, when patients come into the hospital, they’re already around day six or eight after symptom onset because people have pneumonia around day eight after symptom onset, so that tells us that, when people come to hospital with a possible diagnosis of COVID-19, they may not be as infectious as . . . a case in the community.

TS: Asymptomatic COVID-19 cases have also made it difficult to test, trace, and isolate—what did you find among the asymptomatic cases you included in your analysis?

MC: There were very few studies looking into this, but what we found is that the majority of studies agreed that initial viral loads were similar between symptomatic and asymptomatic people. When I say asymptomatic, these were studies only recruiting those with no symptoms whatsoever throughout the disease course, not those presymptomatic patients, because we know that if you have peak viral load around symptom onset, that means people can be infectious before symptoms begin. What we found overall is that you know asymptomatic individuals have shorter viral shedding, which means they may be infectious but for a shorter period, and maybe that’s a reason that, in contact tracing studies, asymptomatic patients seem to be one-third as infectious as someone with symptoms. Another study we’ve done looks at transmission dynamics in asymptomatic people, and what we found is it generally happens among households. People have much more opportunity to transmit to each other—it may happen [over a] very short period of time, but they have [a greater] opportunity to transmit it to [each other].

TS: How does your analysis of SARS-CoV and MERS put the viral load dynamics of SARS-CoV-2 in perspective?

MC: It shows why SARS-CoV was a bit easier to control in the community because the viral load peak actually occurred in the second week after symptom onset. . . . It was probably the time when patients were already hospitalized, which is a bit different than COVID-19, where we’re seeing really high viral loads really early on, so people are really infectious in the community. Another major difference in SARS-CoV and MERS is that we saw a lot of hospital-based outbreaks—almost sixty percent of all outbreaks were based in the hospital. We’re not seeing that much for SARS-CoV-2. These results put these three highly infectious pathogens into context and [explain] why we’re seeing different patterns and why we’re struggling to contain SARS-CoV-2 because it spreads really quickly in the community.

TS: Which of the ‘test, trace, and isolate’ protocol do you think we need to focus on more, based on your research?

Our results emphasize why it’s been very difficult over the last few months and how we move forward—maybe it could be shortening the isolation period but giving more support to people to isolate during that five-day period when everyone is so infectious.

MC: I think the isolation part is the weakest part of our programs. It’s not surprising that we’re having difficulty containing the virus because when we look at—and I don’t know the numbers in the US—but in the UK only one in five people isolate. That means even if we do more testing, if people don’t or are not able to isolate—this may be [due to] their working or living conditions—we won’t be able to prevent onward transmission.

There’s been a lot of emphasis on testing but testing on its own is not an intervention. It needs to be connected to an intervention, especially when it’s a respiratory pathogen. If I’m someone that my family is dependent on and if I need to pay my rent, if I’m not getting sick leave from my employer—people need to make difficult choices. I’m especially worried about people on zero-hour contract jobs where there’s no linkage to support. When we look at the global figures, countries who supported their citizens—I’ve seen a couple of papers from Vermont and New York—have much better isolation numbers. That emphasizes that we need to do more to support more disadvantaged groups, especially working people, because even when we were in lockdown, we’ve seen that there there’s been a difference between those areas where [people are] still commuting to work versus people who are able to work from home.

We know that there are certain groups in the population that are at high risk of acquiring, being exposed to, and transmitting [the virus] to their household because of living conditions. And we know that crowded housing increases the risk of transmission, so I think we need to do more to support immediate isolation. Supported isolation needs to be a norm. In any public health intervention, if you support people, they will do what’s needed.

Our results emphasize why it’s been very difficult over the last few months and how we move forward—maybe it could be shortening the isolation period but giving more support to people to isolate during that five-day period when everyone is so infectious. There’s a need to balance risks and benefits but also listen to people—what are their needs and how we can support them.

TS: How might your study help our readers decide what they should and shouldn’t be doing, particularly as the holiday season approaches?

MC: First of all, if you have symptoms, even mild symptoms—COVID-19 does not only present with cough and fever, but people have other symptoms like severe muscle aches, fatigue, sore throat, [loss of taste and smell]. These are all early symptoms that tell us it could be COVID-19, so if you have those symptoms, isolation needs to start promptly. Especially within the first five days of symptoms, we need to be very, very careful not to interact with high risk and vulnerable contacts—especially elderly people or those with comorbidities.

But again, we can be infectious before having symptoms so that tells us that we need to be careful and behave as if we have the infection and could transmit it to someone else.