Humans have been traveling out of the Earth’s atmosphere to explore the near-reaches of our solar system for decades, but biologists have only a rudimentary understanding of how this influences astronauts’ health, says Christopher Mason, a geneticist at Weill Cornell Medicine. A collection of more than a dozen studies authored by more than 200 scientists, published today (November 25) in Cell Press journals, aims to characterize the molecular and cellular changes that occur as a result of spaceflight.

“It’s a little bit preposterous to have so much come out all at once,” admits Mason, who says there’s more on the way. “But it’s a big unknown question so we wanted to address it with a lot of data.”

The Scientist spoke with Mason, a coauthor on nine of the new papers and a review of the collection, to learn more about the research.

The Scientist: In the press release I got from Cell Press, it says this is “the largest set of astronaut data and space biology data ever produced.” How did this come about? 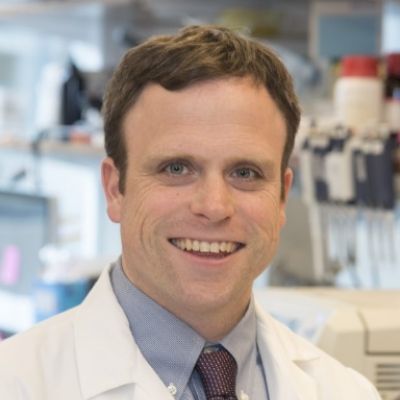 Christopher Mason: A lot of this was inspired by some early work with the NASA Twin Study, which started in 2014. . . . Continuously throughout that study, we kept observing intriguing biochemical, physiological, genetic, and even cognitive changes that were occurring due to being in space for a year. . . . Every time we saw something interesting in the Twin Study, that was in [astronauts] Scott versus Mark [Kelly], we immediately wanted to think, well, how frequent is this and other astronauts—do we see the same thing in them? Do we see it to the same degree? . . . And how much can we see this across other organisms? . . . A lot of these questions we really had no idea of what any of those answers would be. But then I’m also on the steering committee for the GeneLab group. Have you heard of GeneLab before?

CM: It’s NASA’s repository of basically anything that’s nonhuman that’s been flown to space and then profiled in any way, say, gene expression profiling, epigenetics, any way you’ve done a characterization of the sample. . . . And so I had a student in 2016 and ’17 who started building an API [application programming interface] so we could do rapid queries of those data sets. And so that’s some of the genesis [of this new collection]: fundamentally, the big question was, Is there something we can learn about a set of consistent features of the physiological response to spaceflight? . . . And so this was the bridge data from 59 astronauts, as well as any mouse or rat or any organism that’s ever been flown in space that’s been characterized up there and when it got back. So it was to try and think, what are the consistent features of spaceflight, so we can begin to address them with countermeasures and future studies.

TS: Which of the collection studies do you find most exciting?

The other ones I really like. . . . As identical twins, [Mark and Scott Kelly are] becoming less identical as each day passes. And that’s because one of the things we discovered in the sequencing of their genomes in their blood cells is they each have different mutations [known to increase the risks of cardiovascular disease, cancer, and other health outcomes]. Which is not surprising. As every cell divides, you get what’s called somatic mutations. . . .The mutations that we found in Scott before his flight, they actually were slightly improved [became less abundant] as a consequence of spaceflight . . . but then came back up after he got back to Earth—[an effect now also seen in other astronauts]. . . . So we proposed in the paper that this is something that’s relatively easy to do—it’s just with a blood draw—and gives you a quantitative measure of some of the genetic risk long-term for the astronauts. We just got an additional grant to study this for more astronauts from NASA.

[In another study, we found that astronauts’] telomeres got longer [while in space]. And then we led a study to get samples from the top of Mount Everest—it’s basically the closest you can get to the space station while you’re on Earth, and also it’s a hypoxic environment that has more radiation and is high stress. And they also showed longer telomeres and oxidative damage when they were climbing the top of the mountain.

TS: How do you see these results being applied? What are you learning that will enable or improve human spaceflight going forward?

CM: The clonal hematopoiesis [method] is becoming a standard of care at most cancer centers around the country and around the world. And so this idea of using highly sensitive genetic mapping technology to see, is someone carrying a mutation . . . the grant we just got from NASA is to continue to do that work for future astronauts. NASA has something called the standard measures, which is, what are the things that you should be continually measuring for astronauts? And I think this will become one of those metrics. . . . Some of the methods [we used for] long-read sequencing and also ways to measure telomeres, those are new methods that will be used for future astronauts. And one of the papers, we put a list of all the potential pharmacological interventions you could use [to prevent or counteract some of the damage done to human cells and tissues in space].

In particular, we found a lot of the changes in the cytokines in Scott when he landed were really rough on his body. . . . Like IL-6, for example, which you may have seen in the news, because that’s something that is really elevated in COVID patients. So we think some of the same stressors [of space travel] have a really intriguing intersection with other infections or severe stressors on the body. . . . I think the astronaut studies can inform the terrestrial treatments and terrestrial treatments can inform astronauts studies, and serve as kind of a back-and-forth enrichment of knowledge that could help in both contexts.