ABOVE: A drawer of bat specimens in the University of Michigan Museum of Zoology collection
DALE AUSTIN, UNIVERSITY OF MICHIGAN

More than a year has elapsed since the first recorded cases of SARS-CoV-2 infection, and scientists still aren’t sure from which animal it spilled over into human populations, and they may never find out. Had researchers archived more host vouchers, which are preserved specimens or tissues of species that carry pathogens, investigators may have had a better chance at pinpointing the animal origins of SARS-CoV-2 quickly, argues a group of scientists in mBio on January 12.

The authors call on field scientists who study infectious diseases in animals to partner with museums to store specimens whenever possible, rather than remain siloed in their separate pursuits.

See “Which Species Transmit COVID-19 to Humans? We’re Still Not Sure.”

The Scientist spoke with coauthors Cody Thompson, the mammal collections manager and a researcher at the Museum of Zoology at the University of Michigan, and Kendra Phelps, a senior scientist at EcoHealth Alliance who researches pathogen persistence and transmission in bat hosts, to hear more about the role that natural history museums can play in helping researchers in pandemic surveillance.

The Scientist: Walk me through exactly what you mean by vouchering. 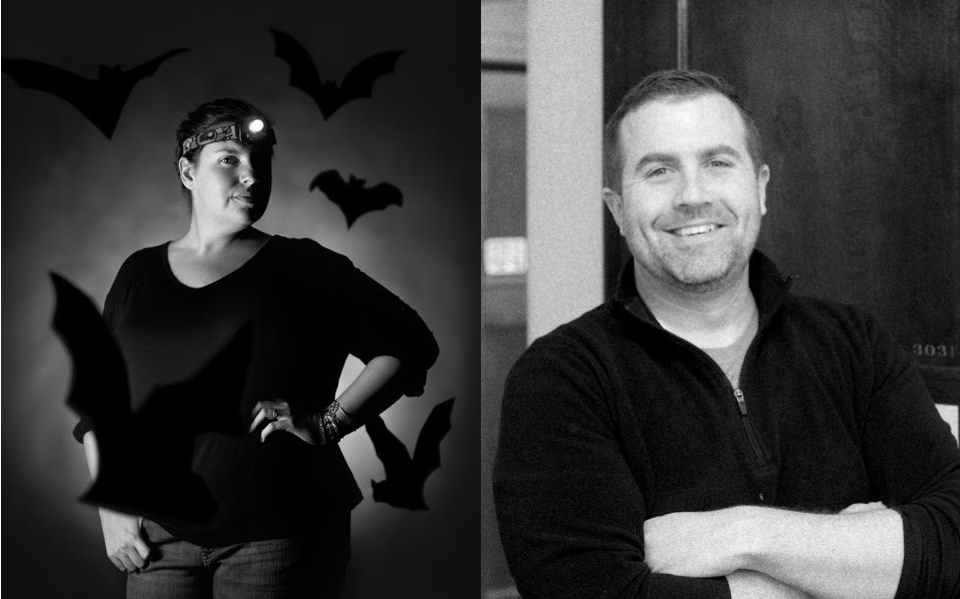 Cody Thompson: Vouchering is the process of coming up with an archive specimen or sample. As it relates to animal specimens, this would be an animal that may have been euthanized in the process of sampling for, say, viral surveillance or accidental death. Or it could be the samples that are associated with that process of surveillance—blood, tissue, or wing punches, for example—that result in the animal being released but there’s still some material available that can be stored in a way that can be used by other scientists.

TS: And why would this be a useful tool in the context of COVID-19?

Kendra Phelps: We’re facing another coronavirus causing a global health emergency—the third one in two decades. We know from past outbreaks that [these coronaviruses] likely originated from bats, so having a suite of species archived or vouchered in a museum would be useful for determining what is the original reservoir host and then going from there to figure out how it got into humans.

The two fields of museum science and disease surveillance have not been well-integrated. You have virologists, and research scientists, and disease ecologists interested in what viruses could potentially be pathogenic to humans, but then they’re not keeping a record of the hosts, which ultimately is critical for preventing pandemics or mitigating the spread of a pandemic. If we know the reservoir host, that can give us a lot of information. Especially with new technology over time, we can look at different host-pathogen dynamics. Taxonomy changes constantly, so having a permanent record preserved at a museum that’s accessible to the research community is critical for understanding pandemics, especially those of zoonotic origin.

TS: How would you recommend bolstering collaboration between museum curators and researchers?

KP: Being aware that the two fields exist. I come from a background of ecology. I have museum experience, and I now conduct disease surveillance of bats and coronaviruses, specifically. I work with people who have the same interest in understanding the catalog of potentially pathogenic viruses that are out there and mitigating the spread to humans, but I think little thought has been given to the host. . . .

It’s just a lack of crosstalk and collaboration between [museum curators and researchers]. And not for any ill reason—it’s just people are in their circles. That’s one thing the pandemic has taught us: we can’t operate in a single bubble of research—we have to expand to a broader [global health] understanding.

CT: Museums, we consider ourselves the libraries of life. But too often there’s this perception that our focus is purely on systematics and taxonomy and doesn’t extend beyond that. Of course, that’s not true, and the breadth of the type of things that museum scientists do is definitely expanding as technology expands and increases our ability to do different things with the specimens that have been collected or will be collected in the future. . . .

If we are to be the libraries of life, we need to think more broadly and think at those levels of the very small things that we typically don’t think about as living in a museum cabinet: looking at tissue samples and microbiological samples as part of our mission to expand our capabilities of supporting that broad work that biologists and microbiologists do.

TS: You talk about a specific case in 1993 in which vouchering helped solve the mystery of a viral outbreak. Can you tell me a bit more about that?

CT: This particular story focuses on hantaviruses in the Four Corners region of the US. Hantaviruses have been expanding into more northern latitudes: they’re now found in much of the US, but at the time, they were relatively unknown to the [US]. That outbreak led to the hospitalization and ultimately the death of several individuals [and] was really a mystery as to where it originated from.

It’s important when you’re initiating a study that you begin a collaboration with a natural history museum so that they’re prepared for what you’re collecting and can assure that they can house these specimens.

There was a large state and federal response from public health agencies, and ultimately the research came back to the collections at the Museum of Southwestern Biology. Through the efforts of previous researchers that had collected specimens in the area and archived not only the specimens, but also the corresponding tissue samples for those animals, they were able to go back and screen tissue to determine whether or not there was virus that existed in those animals.

They were able to determine that was indeed the case. They connected hantavirus to one of the most common species of mouse that’s found in North America, which really became a groundbreaking change in the way that museums could be leveraged, but also that combination of field ecology and field biology with the public health setting. It really has changed the perception of how those entities can work together.

TS: Wow, that’s quite the story. How do you envision this kind of collaboration would look like in practice?

KP: I do the actual boots-on-the-ground disease surveillance. I’ve focused largely on bats for the last 20 years. How we can integrate that is, we can continue to sample wildlife but also sacrifice a few individuals of each species that we’re sampling and make sure that they’re deposited in a natural history museum that can archive them for long-term. It doesn’t always have to be targeted lethal sampling, but with any research on wildlife, you can have accidental trap deaths. Just taking advantage of that opportunistic specimen right there, rather than waste and dispose it as biohazard, prepare it as a museum voucher specimen.

Also, it’s important when you’re initiating a study that you begin a collaboration with a natural history museum so that they’re prepared for what you’re collecting and can assure that they can house these specimens.

CT: There’s also a large amount of casual surveillance that occurs at the local and state health department levels. For example, rabies submissions are a very common thing in most US states, and those are screened oftentimes at the state level. It involves potentially thousands of bats, carnivores, and other animals that maybe were considered to be in close contact with individuals. As we know rabies is relatively low in populations, and ultimately a lot of those animals are incinerated. That’s a missed opportunity that could be an easy connection between museum collections and the public health community. It could be beneficial for screening for other pathogens in the future, but also, helping address things like the biodiversity crisis and climate change that we’re all involved with at some level.