Research has long shown the existence of persistent gender and racial gaps—women and non-whites tend to be underrepresented—for achievements in STEM. While anecdotal evidence and some studies have shown a similar pattern with regard to the LGBQ community, few studies have directly compared STEM outcomes by people in the LGBQ community to those of heterosexual individuals because of a lack of detailed data about sexual orientation.

A report published today (November 18) in PLOS ONE studied US census data of 142,641 individuals in same-sex couples to quantify their representation in STEM and found a large difference between the proportion of men in same-sex couples and men in heterosexual couples who have STEM degrees or occupations. The data show that men in same-sex couples are 12 percentage points less likely to have completed a bachelor’s degree in a STEM field compared to men partnered with women.

The Scientist spoke with Christopher Carpenter, a health economist at Vanderbilt University and a coauthor of the new study, about the findings.

The Scientist: What inspired you to want to dive into sexual minority representation in STEM fields? 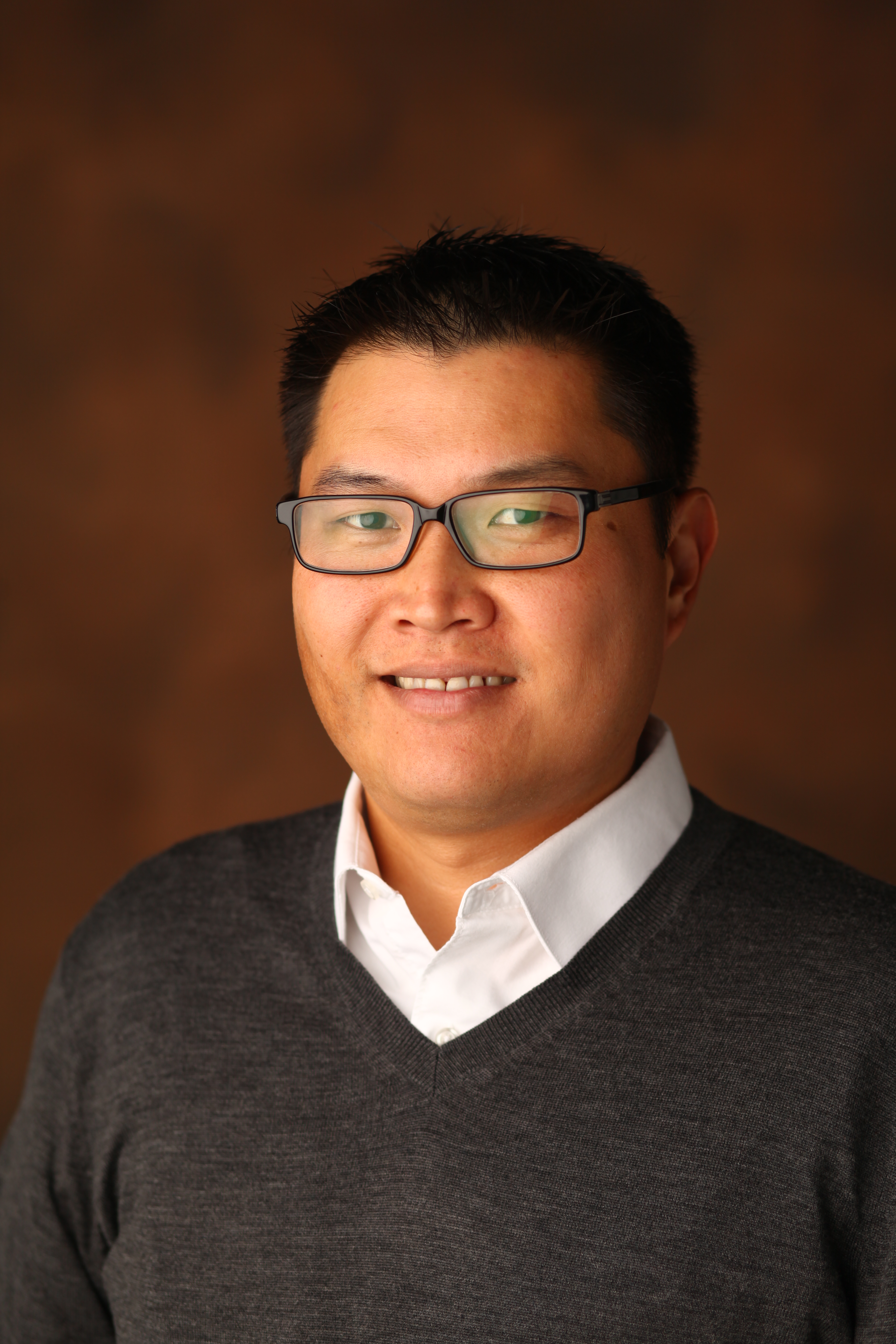 Christopher Carpenter: I have a really deep passion for understanding demographic and socioeconomic differences for sexual minority populations relative to heterosexual populations. I’ve studied wage differences for gay and bisexual men for the last 20 years or so. My coauthor on the study, Dario Sansone, who is now a lecturer at the University of Exeter, also shares these interests in understanding LGBT populations and worked here at Vanderbilt with me last year as a postdoc. He has a separate interest in STEM education and advancement of different marginalized groups in STEM, so combining that interest with our joint interest in LGBT populations is the underlying motivation for this study.

TS: How does this study tie into some of the other work that you or your coauthor have done?

CC: Dr. Sansone has a separate paper looking at the experiences of how LGBT college students fare relative to heterosexual college students. I have a much older paper also looking at economic college outcomes for sexual minority students, but most of my work has really looked at earnings and occupation effects. In many ways, looking at STEM specifically is just a very interesting example of good labor market outcomes that people have and whether those are different by sexual orientation. In many senses, you can think of STEM outcomes in the labor market as particularly good outcomes because they require lots of education, they are generally highly compensated, generally high prestige. So the fact that we find that the men in same-sex couples in particular are significantly less likely to have those outcomes tells us something about relative social position of sexual minorities.

TS: What was the gap in the literature you were hoping to address with this study?

CC: There was major gap—a data limitation gap. People have been interested in this question for a long time, but understanding where to find large samples of sexual minorities in credible social sciences datasets that have good measures of sexual orientation and STEM degree status has been a real challenge. To be perfectly blunt, sexual minorities are a small share of the total population, so you need gigantic sample sizes in order to really credibly say something meaningful about subgroups.

Prior research has been based on much smaller samples—it’s good research—but it’s sometimes been qualitative-focused, sometimes just focusing on a couple hundred or fewer people, but you know our ability to look at outcomes that are objectively measured for tens of thousands of people in the same-sex couples is the real advance of our study.

TS: Tell me more about the American Community Survey, from which you pull data for your study.

CC: As I said before, the main challenge in studying LGBT populations in general is finding datasets that have big enough samples of sexual minorities. The American Community Survey solves that problem in many dimensions. It is a product of the United States Census Bureau, so every 10 years or so everyone’s getting their form in their mailbox and enumerating who’s in their household, how old they are, how much money they make, and for a couple of decades now the Census Bureau has included additional information and that allows researchers to know the relationship of individuals within the household. [Editor’s note: While the census is administered every 10 years, the American Community Survey is administered annually.]

So what you can do with these data for the first time in social science research is identify households where the main householder is of the same sex of another person and when the other person’s relationship is described relative to that householder, it is described as “spouse” or “unmarried partner.” Using the information on the sex composition and the relationships to each other in the household, you can identify couples who, through other datasets, we have confirmed with very high degree of certainty are sexual minorities in same-sex couples.

Now to be clear, you only get coupled sexual minorities and so that is a limitation of the study. I can’t tell you something about people who are not in same-sex relationships, but the advantage is that because it basically is a survey that goes to hundreds of thousands of people every single year, you can find the needle in the haystack.

TS: Why do you think there’s a bigger discrepancy between men in same-sex couples and men in heterosexual couples pursuing a STEM-related degree and occupation, as compared to women?

I want to be very clear that the gender gap in STEM outcomes, which is experienced both by lesbian women and by heterosexual women, are way bigger than the magnitude of the sexual orientation difference that we find for men in same-sex couples.

CC: We don’t know the full answer. Another point to make clear is: we do not find a significant difference for women in same-sex couples compared to women in different-sex couples. However, all women, regardless of their couple status, are much less likely to have STEM degrees and occupations. I want to be very clear that the gender gap in STEM outcomes, which is experienced both by lesbian women and by heterosexual women, are way bigger than the magnitude of the sexual orientation difference that we find for men in same-sex couples. . . .

As to what’s going on there, there’s a lot of evidence actually in economics literature that lesbians do better in the labor market when compared to heterosexual women with similar skills then gay men compared to heterosexual men with similar skills. For example, lots of economic research shows that gay men suffer a penalty in wages, but lesbians experience a premium in wages relative to a similarly situated, same-gender counterparts, who are heterosexual. And why does that occur? … So suppose if you thought, for example, that lesbians are traditionally more masculine and gay men are traditionally less masculine—if masculinity is rewarded in the labor market and rewarded in STEM departments, that might be an explanation for why you see these relative differences—this penalty experience for gay men that is not observed for lesbians.

TS: How are these findings tied to the large gender gap in STEM fields?

CC: That’s a great question. I want to highlight what I think is one of the most intriguing findings of our paper: we find very clear evidence that the [proportion of] men in same sex-couples [in STEM] relative to men in different-sex couples, which for convenience I’m going to call the ‘gay male STEM gap,’ is systematically positively related to the relative representation of women in those same fields. So the more representation of women in those fields, the smaller is the [gay male STEM] gap—[that is,] the more representation of men in same-sex couples relative to men in different-sex couples.

That tells us is that there is something fundamental underlying these two gaps that is related. It is a road too far for us to conclude that the things that would alleviate the gender gap would also alleviate the gay male STEM gap, but our results are at least consistent with the possibility that that may be true.

So, what do we know reduces the gender gap? We know that some types of interventions—this is a bit outside my direct research area—but we know that some types of interventions that reduce toxic masculinity within STEM departments, for example, might be good improving outcomes for women and, potentially, given our results for gay men, things like sexual harassment reduction; equity, diversity, and inclusion training—to the extent that those things do help solve the gender gap in STEM, those are some of the same interventions that could be potentially helpful at addressing this new gap we’ve discovered.

TS: Who do you hope will read your paper and take your findings to heart?

CC: One is people who think a lot about graduate and undergraduate education in STEM fields, and that’s a lot of education researchers and a lot of government folks. Adding sexual orientation into the mix is a very important result of our study, and we want all of those folks to be aware that we need to be thinking not only about sexual orientation independently, but also intersectionality between sexual orientation and race and gender. Our study unfortunately says nothing about gender identity or transgender status despite that a natural implication of our study is that almost surely there’s the same problem for transgender-identified folks as well.

So why do I think that higher education administrators and government folks working in education should be the audience of our study? Well, one very concrete reason is because the way we know what we know about the pipeline in STEM is from surveys of college students and people who are successful in getting graduate degrees. Those surveys don’t include any information on sexual orientation currently, so there are discussions to add sexual orientation and gender identity to these major surveys of the federal government like the Survey of Earned Doctorates and the National Survey of College Graduates.